Is it possible to develop a pretty nice working solution concept powered by HCP from scratch within 30 hours? At SAP InnoJam nothing is impossible!

The presented solution has been reproduced and a little bit tuned for the purposes of the blog post – I’ve replaced XSJS data generators with real sensors connected to HCP IoT services, but the rest of the source code remained untouched. Code snippets are included.

Given a “Smart Building” topic, we shortly came up with the Design Thinking approach to an idea for an app powered by HANA Cloud Platform with Fiori-like SAPui5 user interface. In real-time, it is supposed to adjust heating, lighting, windows and so on to the most suitable and acceptable levels by all present people sharing particular space (climate zone) in the office to make them pleased. Their current positions are determined based on data coming from Bluetooth beacons receivers (smartphones/smartwatches).

Without loss of generality, let’s imagine that the office is a rectangle open space area with six independently controlled climate zones, as follows:

Localization using Bluetooth beacons in presented, still quite simple, office environment is a challenging task since indoor electromagnetic radiation propagation is complex – BLE (Bluetooth Low Energy) signal is being diffracted, interfered, reflected and absorbed by other devices and varying physical objects hence popular methods like trilateration are not reliable. The presented concept is based on a grid-based sampling method, which make use of HANA calculation and spatial capabilities by matching coming users’ sensors data with previously measured range (area) and average power of each beacon.

Bluetooth Low Energy (BLE) Beacons have already been discussed at SCN. In a nutshell, Bluetooth beacons are small, inexpensive electronic devices that broadcast small pieces of information at regular intervals. This time we are only interested in unique identifier, by which the respective device can be identified.

Estimote Beacons manufactured in Poland have been used.

The signal is processed by a personal receiver, which ought to be compact and close to its owner – modern smartphone or smartwatch works well for this task. For the demo purposes, I’ve developed very simple Android application – a middleman, which pushes upon user request received data to HCP IoT Services endpoint. 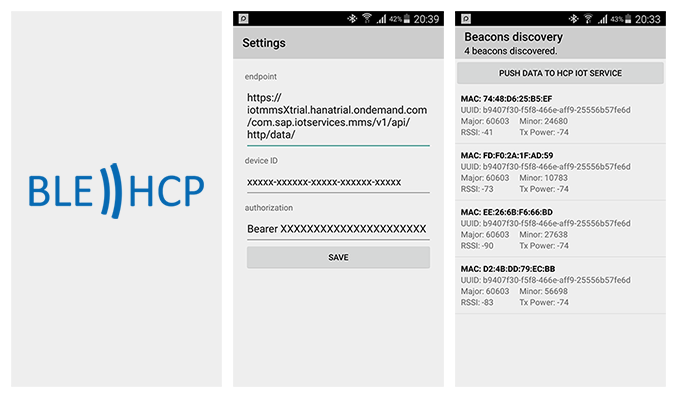 The app is based on Estimote/AltBeacon Android SDK, but might be easily rewritten to run as a cross-platform service. The source code is available on GitHub. 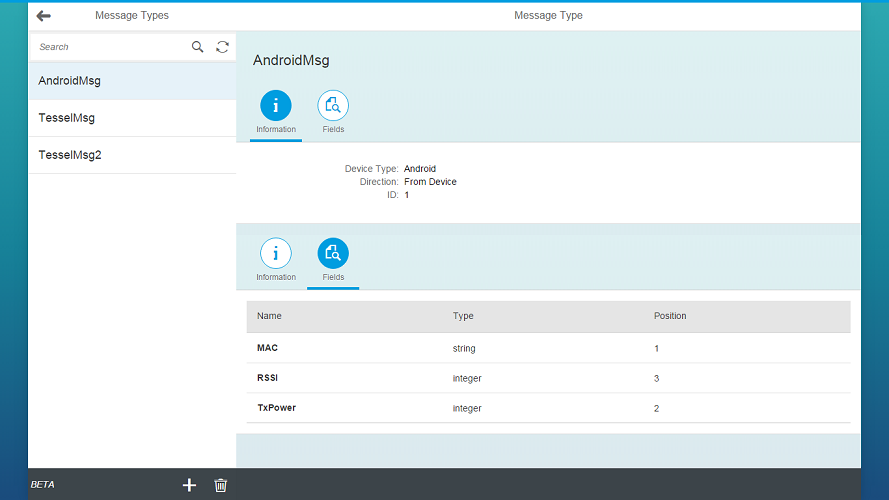 The tessel platform with climate module is used to simulate an air conditioner. It communicates two-way with HANA Cloud Platform: 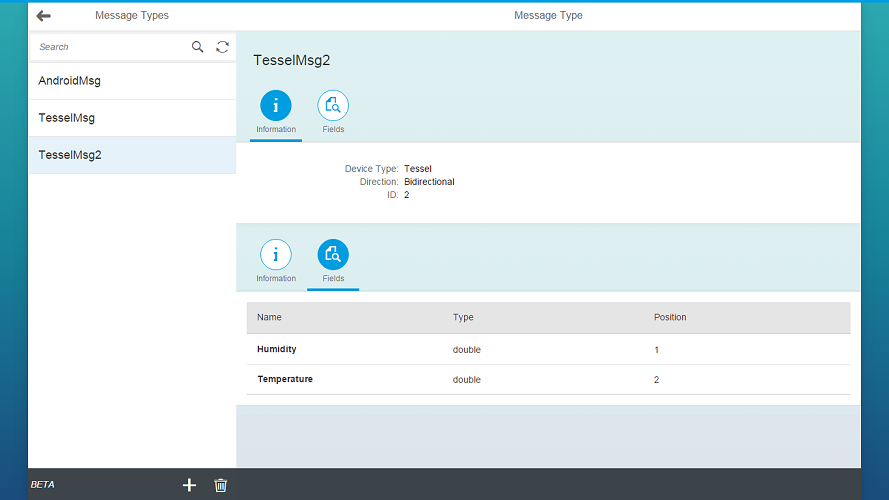 Setting an external device to work with HCP has already been well described at SCN as well – if you’re interested, please follow IoT with SAP HANA DEV by Craig Cmehil and Building the hardware by Aaron Williams.

Behind the scenes the magic happens…

The coming data from the mobile app is being matched with pre-run prepared sampling grid measurements, scored, ranked and matched to the particular owner and one’s climate preferences. In case of the data coming from the Tessel platform, the situation is much simpler as its location is well known. The results sets are combined and exposed via REST/oData XS service:

SAP InnoJam is not only about cool solutions using SAP technology but most of all great atmosphere and people – the part that no words can express. Hope to see you at coming TechEd InnoJam in Barcelona (Ian Thain has announced the topics) or one of University Alliances hackathon in case you are a student!

Special thanks to Witalij Rudnicki for providing the Tessel platform.

Nice blog. I am also working on a similar POC, I need few details. Could you please answer the below.

1.is Tissel mandatory in the POC? Can we not connect to the beacon using just a phone?

2. I understand that the android application detects the beacon and sends information to sap hcp. Did you create another ui5 app to display the data?

3. Can we deploy ui5 app on the mobile? In that case do we need android app to detect the beacon too?

Your reply will help me a lot in my poc.