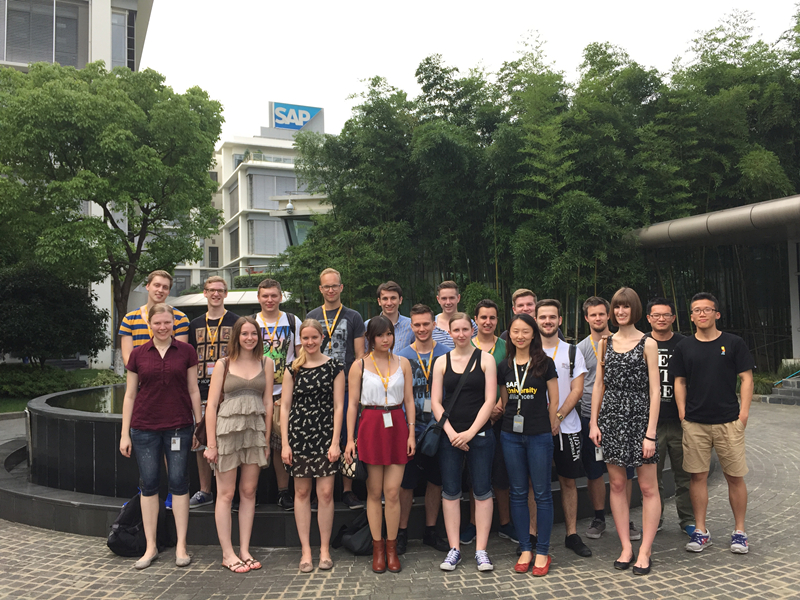 On Monday afternoon, July 27th 2015, 17 students from German Vocational Training program came to SAP Labs China for a visit. Josie, Program Manager of University Alliances, took charge of the whole tour and gave a presentation about SAP in China. Special thanks to Forrest from Successfactors and Deng Di from Scale, Enablement and Transformation. Deng Di gave an introduction of D-shop, which led to a great experience for the students. 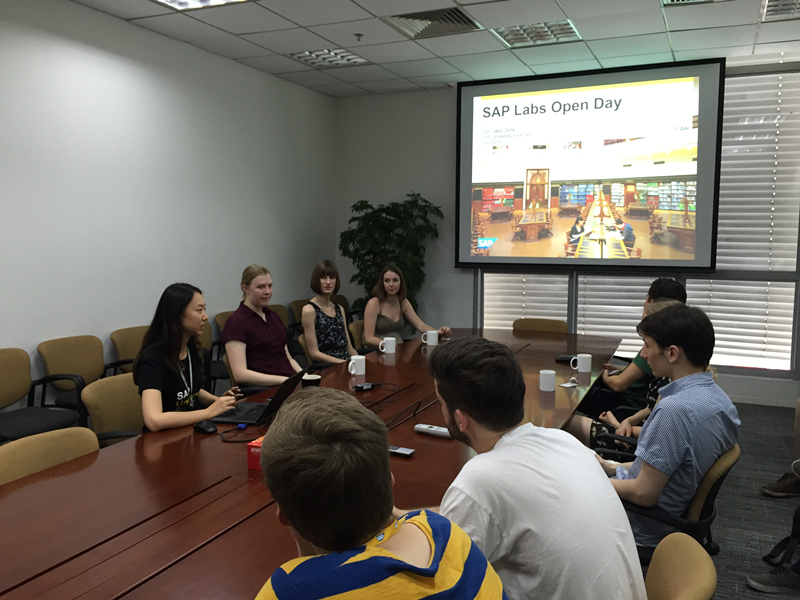 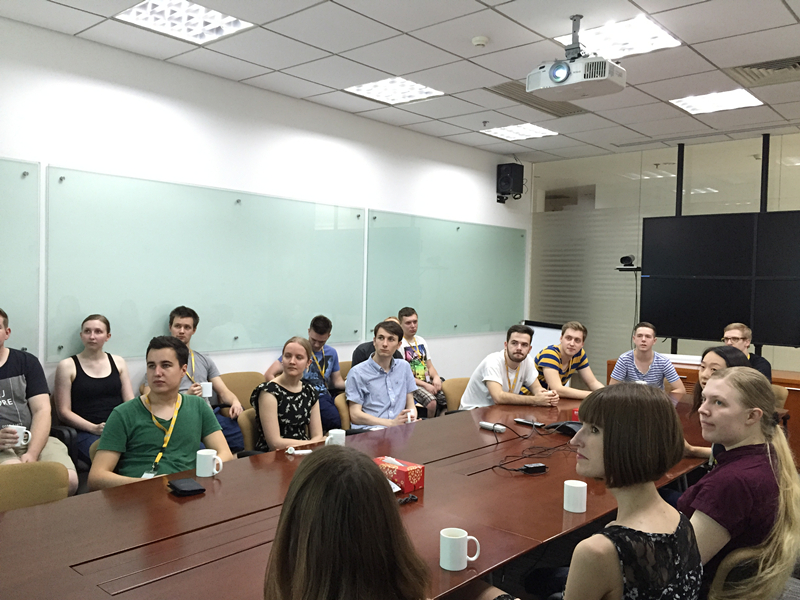 These students were coming from German VT program, some of them had an experience in SAP German office. But most of them didn’t know much about SAP Labs China. So Josie gave a brief overview of SAP in China first. The lecture was composed of Labs China strategy and facts, products and customers, employees’ life and development. Josie told that SAP solutions had been covered 24 industries, over 50% of the local top100 enterprises are using SAP, and 80% of the fortune500 are managed on SAP systems.  Besides, we had cooperated with 50+ top universities in China running university programs. We also provided consultancy to 30+ NGOs, donated and supported for rural China. SAP Labs particularly pay attention to social responsibility, university student education, and talent cultivation in China. After the presentation and Q&A session, Josie took boys and girls to a Labs tour visit, including canteen, gym center, balcony, conference rooms and office areas. 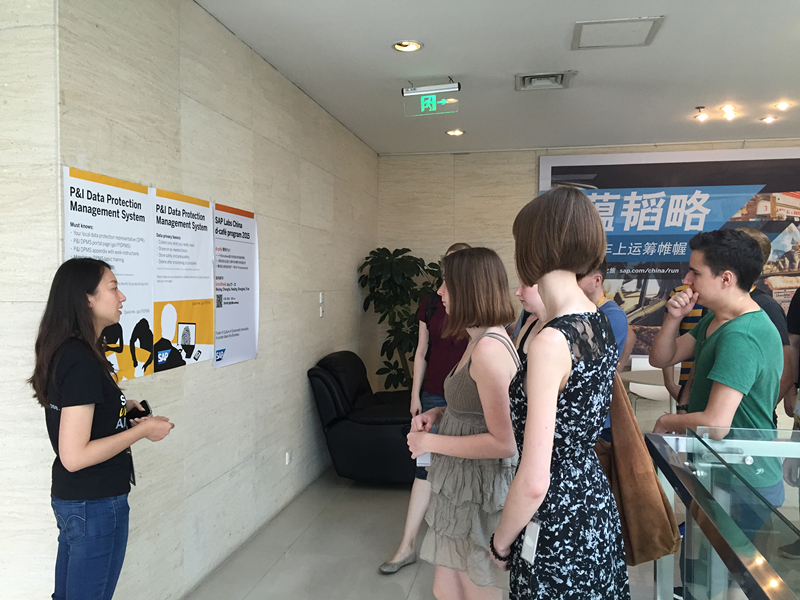 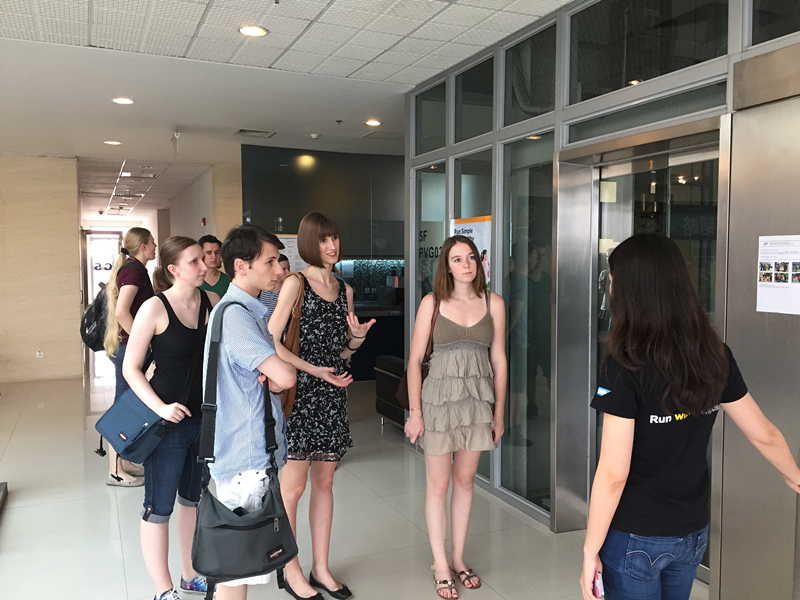 Deng Di told everyone, D-shop had just kicked off in June this year. Today there are D-shops in Shanghai, Palo Alto, Walldorf, Bangalore, Markdorf, Budapest, Sao Leopoldo and Moscow with more locations coming later in 2015. The technologies covered in D-shop include electronic platforms for building connected devices such as Arduino, Raspberry Pi and BeagleBone, as well as 3D printers, wearable devices, augmented reality and virtual reality devices, robotics and sensor networks. 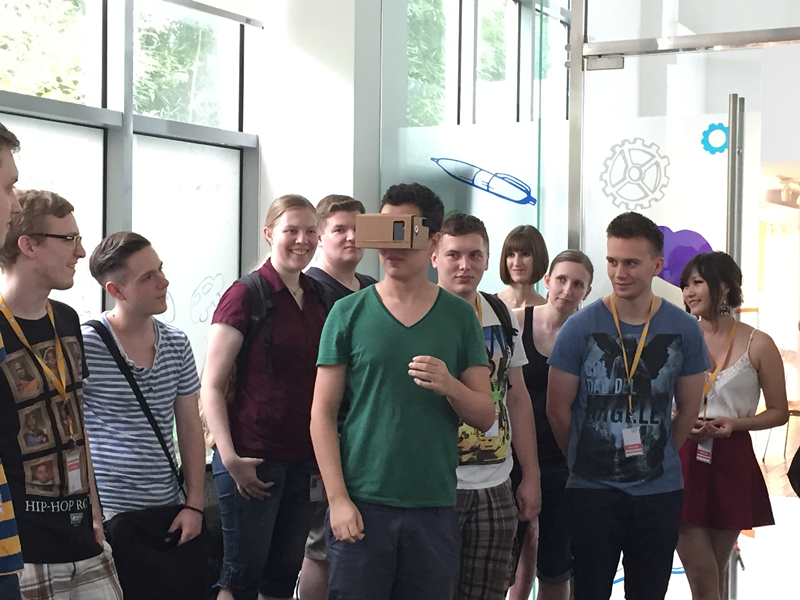 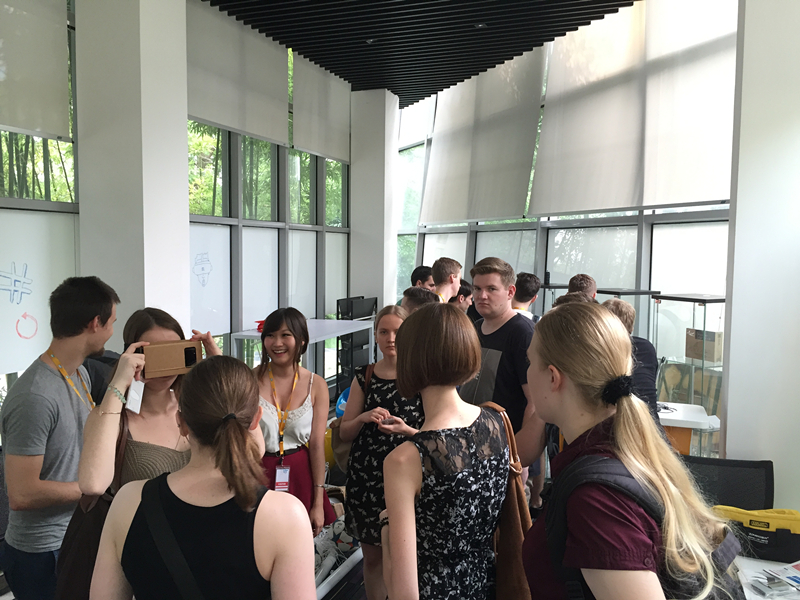 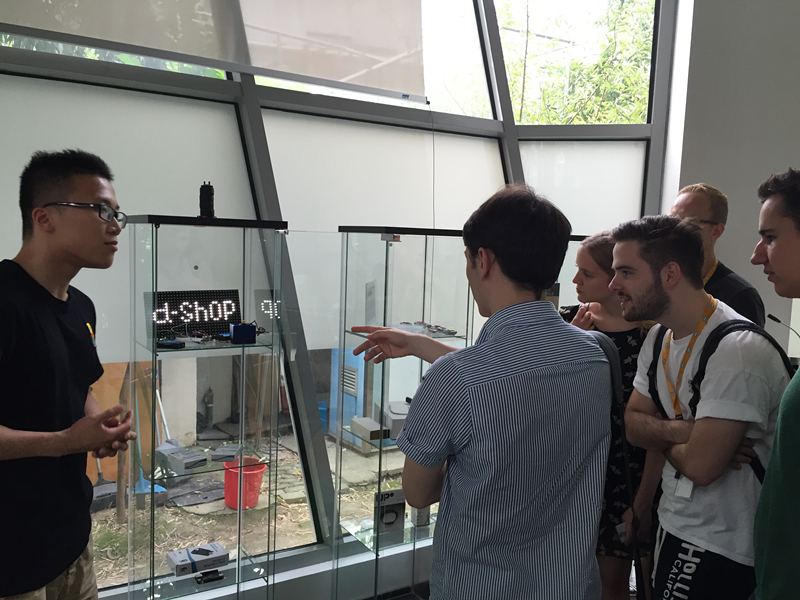 In order to satisfy the visitors’ curiosity, Deng Di and Forrest demonstrated several devices for them. They gave a live demo of how 3D printer prints out model created with the laptop. Then the students were presented a LED interactive device made with Arduino for D-shop Shanghai Kick off Ceremony last month. They were curious about the principle behind, and asked a lot of questions to Deng Di. Most students tried out the cheap-but-fun Virtual Reality goggles produced by Google to view vivid 3D models by simply moving their heads. It’s really interesting.

Thanks for every colleague’s support and effort for this Labs tour. We’re sure the students had a great time in SAP Labs China. We wish the special experience in China will be benefit for their future life in SAP.