Shining a Light on Slavery in Supply Chains 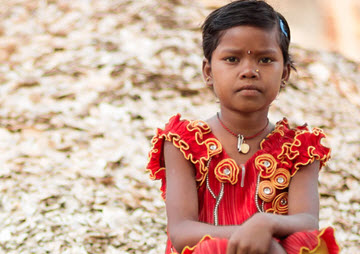 Slavery is often associated with the mass colonization of new lands by Europe that occurred during the 16th through 19th centuries. The transatlantic slave trade trafficked an estimated 17 million people from Africa while overall slave trade during this period seized up to 30 million people.

Recent headlines range from large-scale slavery networks within the Thai fishing industry to small operations at egg farms in Ohio.  The media is paying attention and as are some governments. The U.K. Modern Slavery Act goes into effect in October, requiring greater transparency from companies on their anti-slavery practices. The U.S. State Department released its 2015 Trafficking in Persons report, which spotlights responsibilities of private companies to take action with monitoring their supply chains.

Nearly every country is touched by this epidemic. For companies seeking to ensure slave labor is not used in their supply chains, the task can feel daunting.  Modern supply chains rely on networks of suppliers, dimming visibility into the labor used to gather raw materials and produce parts for components that end up in finished goods.

Earlier this year, Ariba and the non-profit Made in a Free World announced a partnership to empower companies with data and tools to keep slave labor out of their supply chains. Made in a Free World founder Justin Dillon shares his insights on the challenges of eradicating slavery and the opportunities for companies to steer away from slave labor.

Q. Has slavery grown, or has it remained at a constant pace over the past century?

It seems to have grown. Partly, this is because society has gained a heighten awareness to the issue. What we called “extremely bad working conditions” 20 years ago is recognized as slavery today. Work we previously viewed as “dirty jobs” are now seen as health and safety violations. The way people do business and use labor has evolved and people are starting to recognize it for what it is.

Q. What factors are prompting companies to tackle the problem of slave labor?

Companies are starting to realize that the risks are greater than the rewards. Profits from slave labor stay at the local level, but most of the risks rise up and impact brands. For companies, supply chain responsibility goes beyond tier 1 suppliers. It’s just as critical to know who your suppliers’ suppliers are as it is to know your own suppliers. Tier 1 supplier monitoring systems are not enough. Companies need to understand what’s behind the purchase and the potential risks. Social media and consumers’ accessibility to information has raised the risk for brands. In 2012, a Saks Fifth Avenue customer found a disturbing letter in her shopping bag. It was a plea for help from a man forced to work in a Chinese prison factory where the bag was made.

Q. Which companies inspire you with their approach to removing slavery from their supply chains?

During the launch of my film, Call+Response, we decided to send an e-mail to Steve Jobs asking if slave labor was used to mine the tantalum in iPhones. Six hours later, we received a response from Jobs stating “I have no idea. I’ll look into it.”  Now, Apple is leading the way with examining its supply chain and holding suppliers accountable for maintaining its standards.

A lot of companies are doing audits, but these are lagging indicators. Most factories clean-up in advance of audits. Companies need to build the leading indicators, not rely on lagging. Apple and Intel are leaders with addressing the issue of conflict minerals. Both companies are a model for using their purchasing power to clean up their supply chains. With time, attention and data, companies can buy better.

Q. What steps can companies take to start addressing this issue in their supply chains?

Our FDRM database is a place where companies can start the journey to cleaning up their supply chains using non-competitive information.  We take all the intelligence and research from all leading indicators and synthesized it to deliver actionable data. Companies can see goods and commodities tied to risk analysis that delivers a deeper sense of their products. Our partnership with Ariba and its business network delivers even greater insights. Companies can evaluate their spending and supply chain against the FRDM database and get a view of areas where forced labor may exist. They can also get alerts on potential future risks and identify alternative sources of supply. Ultimately, we want transparency in supply chains to become a normal system.

Q. In your view, which countries are taking a leadership role to eradicate slavery?

I’m impressed with Brazil’s focus on this issue. Initially, it was one of the biggest markets our slavery footprint website.  Now, Brazil is taking a whole society approach, with notable action from its legislature.

Connect with Justin on Twitter @justindillon. To join the pilot program offered by Ariba and Made in a Free World, visit ariba.com.