How to perform volume test for BPC reports with statistics information

As we know, BPC NW version could collect statistics in transaction UJSTAT, which contains very detailed runtime information about a report or input form. Besides to help analyze the query performance bottleneck, it can also be used to perform volume test. In following sections, I’ll give more detailed steps about it.

Firstly, we need to enable the BPC_STATISTICS and run the report/input forms we want to include in the volume test, so that UJSTAT could collect statistic for them.

For how to enable this parameter, refer to note 1708178 – How to turn on statistics monitoring in BPC 10 NW?

After statistic info. is collected, what we need to do is to trigger the report/input forms according to the volume test plan. For that, we define an user interface based on UJSTAT.

You can implement your own user interface for this volume test, here we just select to customize UJSTAT program to leverage user knowledge of this tool:

Firstly copy the UJSTAT program (UJ0_STATISTICS_RPT)  to custom package, and add new function based on it. As shown in following figure, we add a new button “Run all queries in batch” to trigger the test.

Note: Don’t change the code of UJSTAT directly, since it will be overridden when system is upgraded.

After select out the queries we want to run, click the button “RUN all queries in batch”, a dialog will be shown up to let user input parameters: 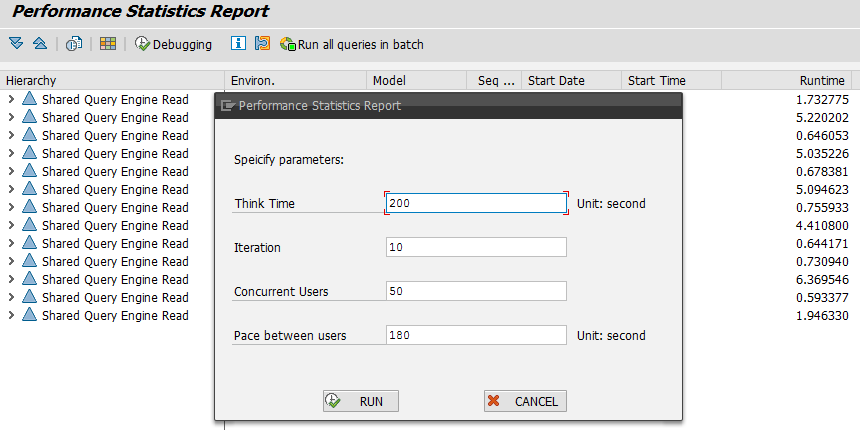 The time that a user waits between performing successive actions is known as the think time.

iteration is a single scenario in the testing.

The user number involved in the test.

After specify parameters, click the button “RUN” to start the test. You could monitor the test running in SM50: 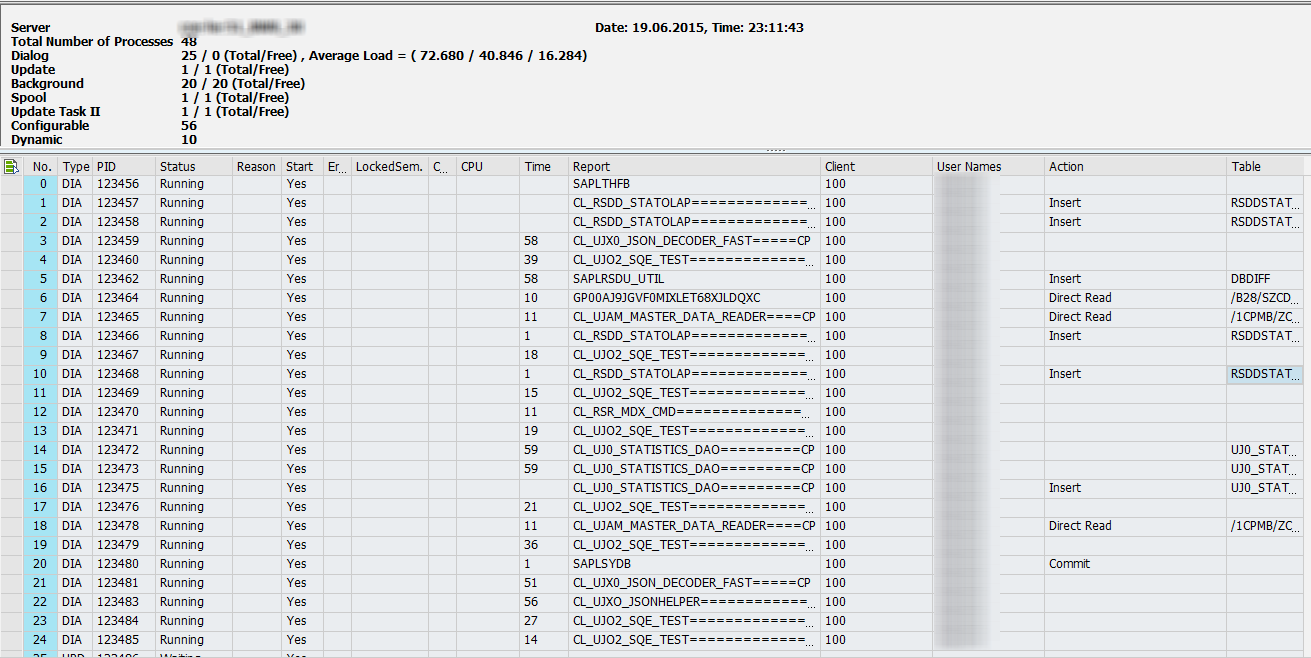 In order to simulate different users, we use asynchronous RFC (aRFC) to trigger different tasks for each user.

During the think time, dialog work process will be release for other use.