“I was born this way”

To describe SAP’s Ana Ammann as “tireless” would be something of an understatement. In addition to being a proud mother, dog owner, and the senior global marketing director for SAP Services, she publishes the successful magazine Oregon Music News (OMN). Now, five years and 12,000 articles after the magazine first came online, OMN is also available in print as of December. The secret to Ana’s success? Unflagging optimism and belief in her own abilities, coupled with the desire to give something back to her community. From Digital to Print: Not a Step backwards

Oregon Music News launched as an online magazine in Portland, 2009. The goal was to establish an all-genre journalism platform to ensure there was a place to tell the stories at risk of not being told resulting from the decline in print journalism. “They inspire others to follow their musical passions,” Ana explains. In OMN, she was fortunate enough to find a project that combined her own love of two things: music and storytelling. Ana and her team of volunteers are living proof of the notion that when you pour your heart into something, you can’t help but succeed. In 2011, she took over as publisher and brought more structure to the company behind the magazine. Then in October, 2014 all of those volunteered hours finally paid off: A print company presented Ana with an irresistible offer to partner in the printing and distribution of her magazine. She is now proud to see it on display in cafes and music stores throughout the state. It may come as a surprise given the digital age in which we live, but printed material still commands respect; according to Ana, special interest publications are on the rise. It seems that readers actually do miss the feel of a freshly printed page between their fingers.

Talking with Ana, you can tell that she’s not lacking in energy. Inactivity simply isn’t in her nature. “I was born this way,” she says with a laugh and a nod to Lady Gaga. She considers OMN more of a hobby and source of vitality than a chore. Indeed, Ana believes that everyone should find and pursue a strong personal interest. The music scene gives her strength for her daily work routine. Juggling two jobs is evidently possible; you just have to clearly separate one from the other. For Ana, this means working as a marketing director during the day and dedicating her evenings and weekends to the magazine. This lifestyle wouldn’t be possible, of course, without the flexibility afforded by her position at SAP. 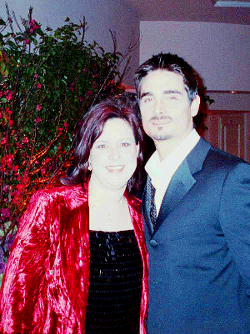 Ana also supports many other creative projects and organizations, including the Siren Nation Music and Arts Festival. This event’s goal is to create forums for art created by women. Ana’s dedication to achieving equality for women in the arts is rooted in her childhood: As a young girl, there was a lack of female role models in rock and roll who might have motivated her to pick up a Fender Telecaster. Instead, tennis overshadowed her passion for music. Helping to establish the very first rock-and-roll camp for girls in Portland in 2001 rekindled her interest in music and got her engaged in the local music scene. “We wanted to help girls develop confidence in their abilities and see that women could play any instrument and any genre of music,” Ana says.

You Can Have It All

But what about Ana’s work at SAP – does it suffer as a result of all these activities? Hardly, she says. In fact, the time she puts into the magazine “broadens my horizons and gives me a different perspective on my job and keeps me engaged with really creative people.” She can then invest the energy, motivation and out-of-the-box ideas she gets from working in the music industry back into her position at SAP. Meanwhile, Ana uses her hobby to try out things she wouldn’t dare to do at the company due to the large sums of money involved. Oregon Music News is a safer environment for experimentation. “Here, you’re allowed to fail once in a while,” she admits.

Attitude is the Key

As much as Ana enjoys partying with the Backstreet Boys and going out to dinner with Depeche Mode, however, she can safely say that the magazine will always remain a hobby. “Having to earn a living doing it would take all the fun out of it,” she explains. Besides, Ana has already proven that anything is possible when you have the right attitude. To quote Lady Gaga one last time, “We are all born superstars”.