SAP Labs India ranked 5th in the India’s Best Companies to work for 2015!

Toast, eggs, dosas and juice – it’s all on the breakfast menu at the SAP Labs cafeteria. While the menu may seem fairly standard, the breakfast itself is not – it’s prepared by none other than senior management. Here’s some food for thought – employees at the SAP Labs office in Whitefield, Bengaluru have the unique opportunity to enjoy the first – and most important – meal of the day in an informal atmosphere with their bosses. 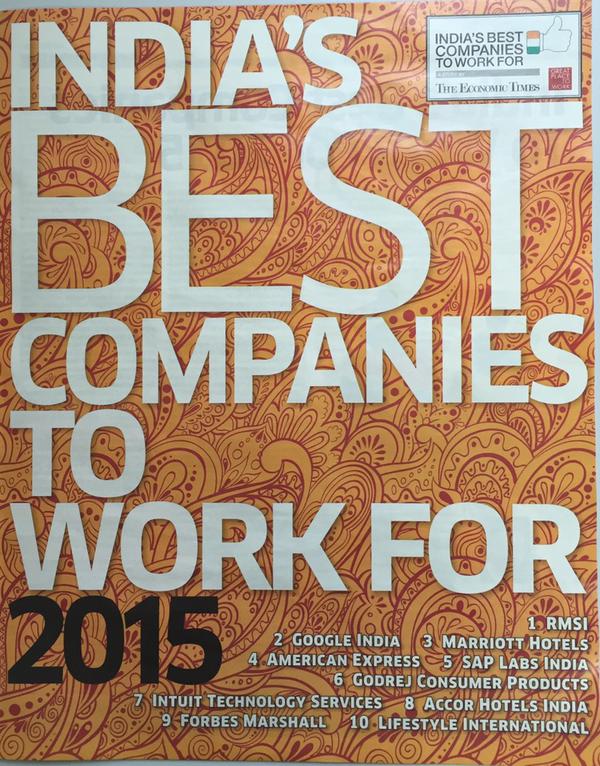 “It’s an interactive experience, one that really makes an impact on you as an employee,” says Aditi D’Souza, HR Service Associate, who attended her first ‘Breakfast with Bosses’ programme – now well into its fifth year – into her third month of “Scholar@SAP” – the company’s workstudy integrated vocational training programme.

Viswanadh Akella, Innovation Program Lead, has been with the company for eight years, and enjoys the constant challenges his work throws up. “There’s really something new to do everyday,” he says. Employees use SAP BLUE, a global crowd-sourcing collaborative platform, to contribute to the development of varied projects outside their normal scope of work, in order to pursue individual interests and share expertise.

“We pride ourselves on our lack of hierarchy and the absence of a ‘sir-ma’am’ culture, and give our employees space and freedom,” says Dilipkumar Khandelwal, Managing Director at SAP Labs India. “Innovation is what we do best, so we have dedicated work areas like the AppHaus -inaugurated in July last year – and the d-shop, a room filled with the latest Internet of Things applications for developers to ideate. Our people are our most important asset, so we go the extra mile to make sure the workplace environment is defined by care and creativity.” Differently-abled people, too, remain a focus for the firm, which hires at least 6-8 autistic people bi-annually, and provides special training to leverage their strength s . They are then placed in roles of testing, and as support staff. 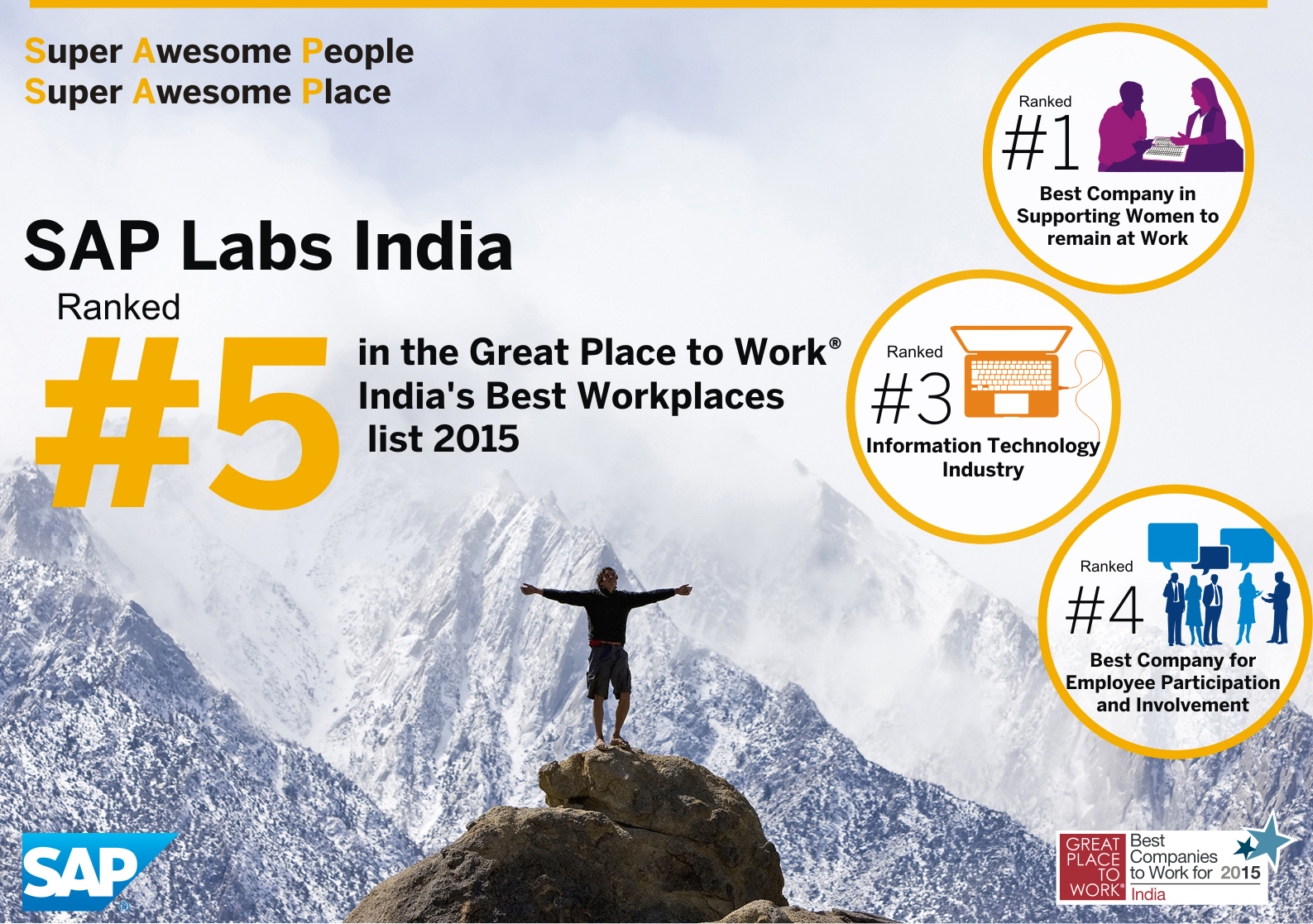 Women employees, in particular, have much to cheer about, as in the last year, SAP Labs India has upped its paid maternity leave to 20 weeks from the legally mandated 12 . Paid adoption leave is also available for 20 weeks. There is also the ‘Run Mummier’ programme, which guides women from the moment they officially declare their pregnancy to the time they are back to work, assisting them in issues of insurance and suggesting hospitals for delivery, besides carrying out a host of other functions. “Since the launch of the app in March this year, 60 women have signed on to use it,” says Bhuvaneswar Naik, VP – Human Resources. “We also launched an ‘EmpowHER’ programme, whereby we aim to have women in 25% of the management positions by 2017, going up from the current 21% ,” says Naik. Help is given to all employees at SAP who ask for it, in the form of speed mentoring – designed to help workers get solutions to different issues. Under this programme, five mentors and 10 mentees have a one-on-one discussion with each other. Each mentee spends 15 minutes with each mentor, with breaks in between. Being able to get the insights of five different people to an issue and suggestions on resolution is what sets this session apart.

“We encourage a strong work-life balance for our diverse workforce,” says Naik. There are 33 interest groups across the company – ranging from topics on literature to photography. There’s also a childcare system available inside the premises, for children aged between 6 months and 6 years. “The daycare and montessori school facilities have brought down our maternity attrition rate from 40% to 4% in the last five years,” says Naik.

This article was originally posted at India’s best companies to work for 2015: A non-hierarchical structure is the pride of SAP Labs