Talents at SAP Labs France are varied. Some of our colleagues demonstrate high abilities to develop product features but also bring competencies from a different area such as 3D environment.

Still few years ago, if you wanted to implement a 3D solution like 3D visualization for kitchens design, architect’s projects, virtual tours of museums, castles, flats and so on, historical reconstructions of long lost monuments, video games or even 3D films, you had to develop your own 3D engine, what was complex, long and, often, rather painful. Then, when the first 3D engines became “public”, the royalties to pay to use them were, at the beginning, very high and could even prevent small companies or individual developers to use them.

Happily, this time is over: since spring 2015, this is now possible to benefit from the technology of very powerful 3D engines and with new royalties models that will allow you to develop even your own crazy ideas without to pay anything (no monthly subscription anymore) during the development period (you have only to pay 5% royalties to the 3D engine publisher calculated on your gross margin for your sales beyond $ 3000). Currently, the two most powerful 3D engines on the market benefiting of this new royalties model are: Unreal and Unity.

Unity 3d (https://unity3d.com/) is developed by Unity Technologies, a company founded in Copenhagen, Denmark and now based in San Francisco, California. In March 2015, Unity Technologies has released the version 5 of its engine.

Unreal (https://www.unrealengine.com/what-is-unreal-engine-4) is the engine of Epic Games, a video games studio founded in 1991 and based at Cary, North Carolina. The latest version of the Unreal engine is the fourth one (available since 2012).

In addition to their licensing models, both engines have a lot of common points:

To make things more concrete, you will find screenshots of a record of a character created with Unreal 4 running and jumping in a very basic landscape.

Twice a year, the SAP Labs used to organize some « InnoDays » events. These events gives the opportunity to developers, testers and designers from all teams to gather for 4 days and build something innovative that would blow the jury’s mind away. Now, we hope that the democratization of the 3D solutions will encourage some other SAP colleagues to look at these 3D engines to develop amazing applications during the future « InnoDays » event! 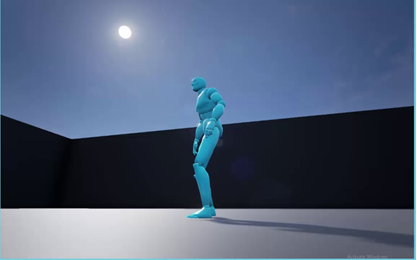 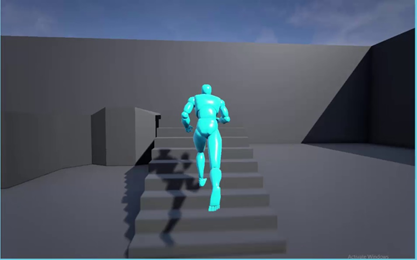