MIT researchers say the invention of the steam engine began the most transformative social development in the last 3000 years. Fast-forward to today’s paradigm shift – the convergence of technologies fueled by innovation accelerators like renewable energy, robotics, cognitive computing, and the Internet of Things. Is your organization prepared to thrive?

That’s the question that was discussed in a recent episode of Game Changers radio: The Next Paradigm Shift and Your Digital DNA, hosted by Bonnie D. Graham, and featuring Futurist Thornton May,  Frank Diana of TCS Consulting and me, Timo Elliott, SAP Innovation Evangelist. 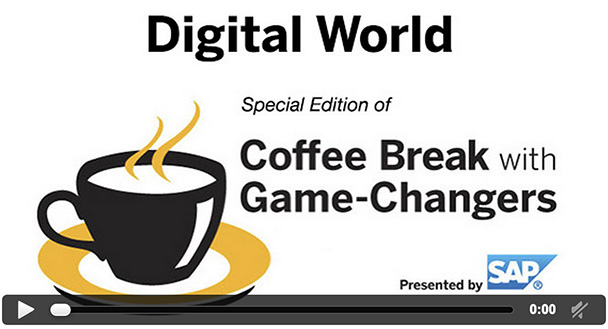 We had a fascinating discussion about what companies need to do in order to innovate and survive digital disruption. The panelists’ preprepared show notes give a good overview of the topics discussed:

“We cannot solve our problems with the same thinking we used when we created them.” (Albert Einstein)

“When it’s steam engine time, people will invent steam engines….major innovations occur not when an inventor is struck by a bolt from the blue, but when the scientific and social conditions are ripe.” (New Scientist)

“First time in history, the world’s leading experts on accelerating technology are consistently finding themselves too conservative in their predictions…”(Steven Kotler)