Thanks @SAPsv for the opportunity to attend the recent San Jose Sharks Prospects Scrimmage on July 9th at SAP Center.  It was fantastic to see the San Jose top prospects playing on the ice, along with a lot of the San Jose Barracuda minor league team players as well.  It’s awesome that @SAPsv brings employees opportunities like this to give us the opportunity to engage with local sports teams and share our passions with other @SAPsv employees.

Coaching the white team was Mike Ricci who is a hockey god in my book!  Bryan Marchment, former San Jose Shark defensive player, coached the blue team.  At the end of the day, the White team won the scrimmage 4-2.  Well deserved for sure!  Seeing some of the top prospects like Mirco Mueller, Barclay Goodrow, Chris Tierney and Nikolay Goldobin was a treat.  I’m also very interested to follow the young Swedish player, Julius Bergman.  He has quite the persona already!

Great fun to be had by all that was at the SAP Center.  Certainly priming the pump for the upcoming Sharks hockey season!  Yeah!  I can’t wait. 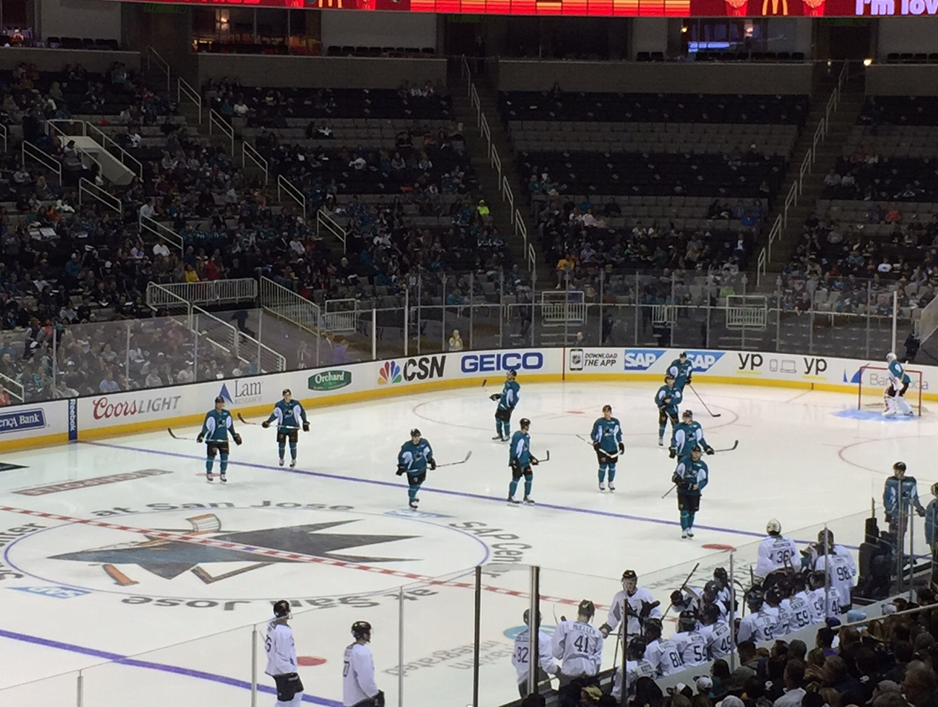 So glad you had a great time Pam! Such a fun night! Can't wait to see these new prospects play this season!