Eventually I come across issues in WEBGUI, Web Dynpro ABAP or Security that involves different languages.

I usually test such scenarios in internal systems, but not all languages were installed.

Installing a new language in a ABAP SAP system seems to be quite easy. Maybe not that much.

Looking for documentation, there are SAP notes, SAP Help pages. A comprehensive blog can be found here.

In my test system I decided to install a few extra languages.

But then I realized that only installing a language might not suffice. I also would have to import support packages, supplement clients.

Given the Support Package Stack level, the number of languages and the number of clients in each system, I started to think this task would be a nightmare.

As a beginner in SMLT matters, I installed the languages (8 new languages + DE/EN): 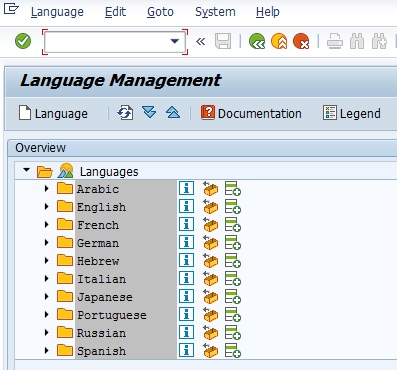 Then I started to import support packages. 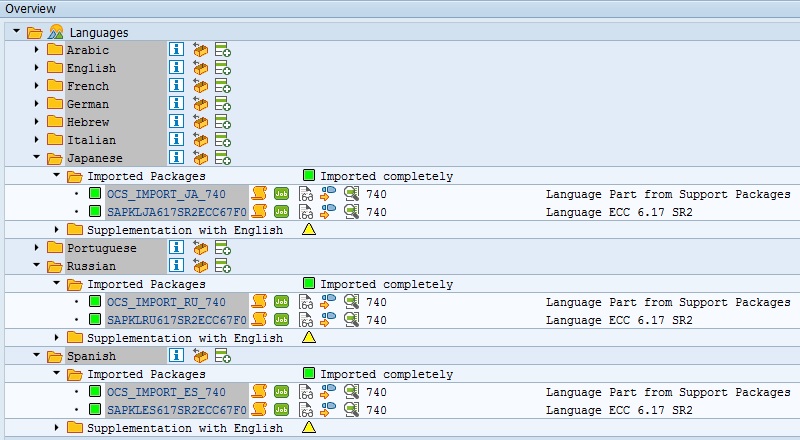 Then used SMLT to supplement all the clients, beginning with client 000. 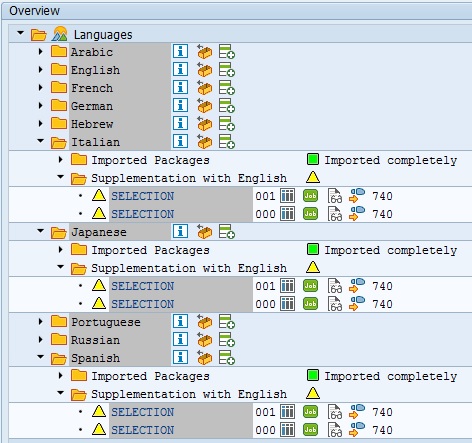 In the end, I wonder whether I have done all the work. Was everything ok?

In this particular moment I found an excellent tool, called “Language Supportability Tool”. It is delivered via SAP KBA 2145047. It consists of a transport request that can be imported in the system (as long as the environment is ok, i.e. according to the KBA).

With this tool it is possible to find whether there are missing steps while maintaining a language in SMLT.

And more! You can find the delivered texts, so you know where a missing translation might be.

First I tested on that I was sure that was ok: French. 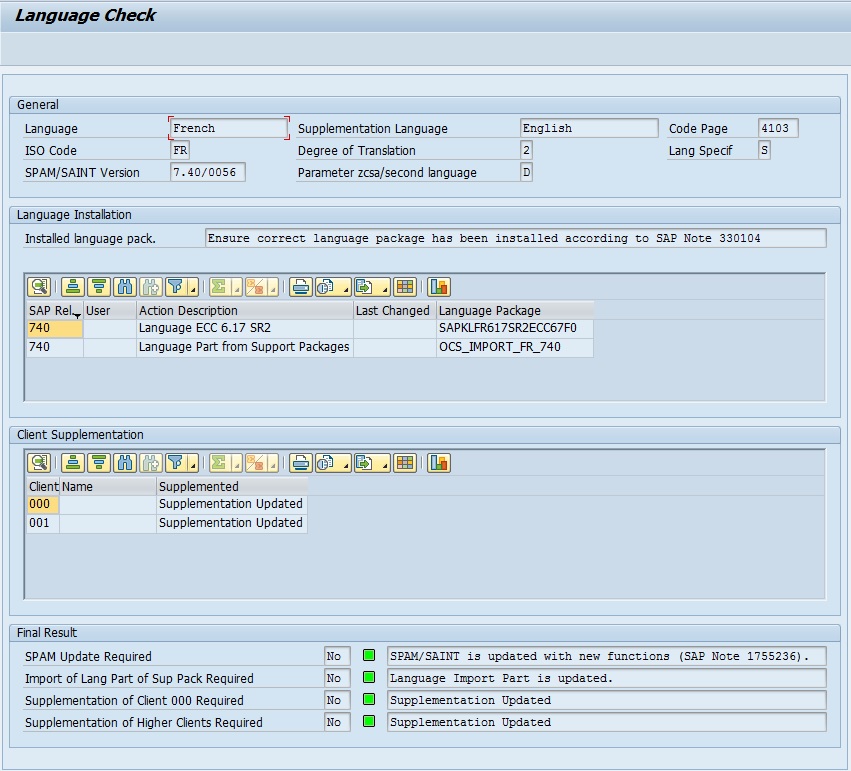 Green light! Let me test another one: Russian. The results were: 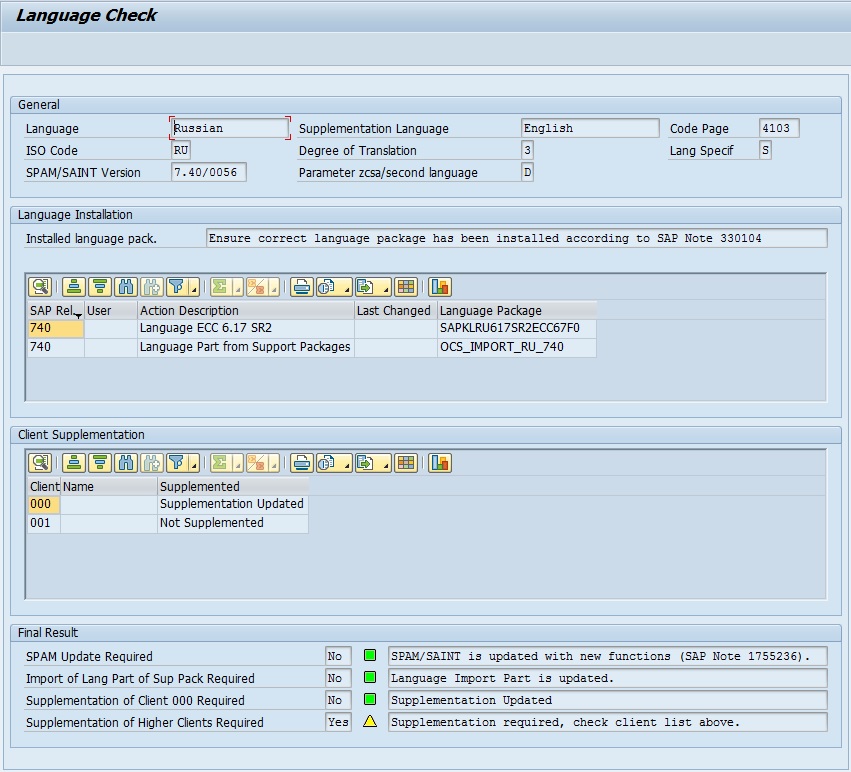 I discovered that I missed the supplementation of one client.

I decided to test one more language: Portuguese, with the following results: 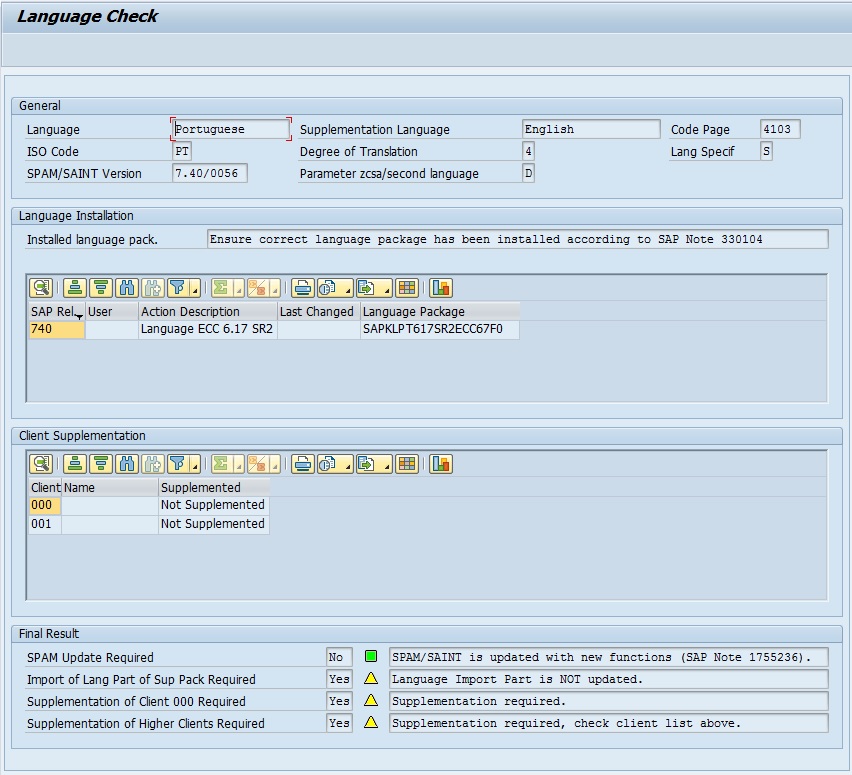 I missed a lot of work in Portuguese language: import support packages and supplement all the clients in the system.

After importing missing support packages and supplementing missing clients, all the languages are consistent and ok for use in my system.

If you also need to verify the language(s) configuration in your system, give a chance to the Language Supportability Tool.