After seeing this Nic Smith’s blog Data Genius Challenge for Autism Insight, I tried accessing the data sources listed but without success; one site said I could only access it if I was a researcher (which I am not).  If others have success accessing data, please share your data sources.  I am not an intuitive user so I could be missing something.

I happened to find this National Center for Biotechnology Information and searched for publications on autism.  It returned over 30K publications since 1976.  I thought I would use some text analysis with SAP Lumira to learn about what is being discussed about autism. 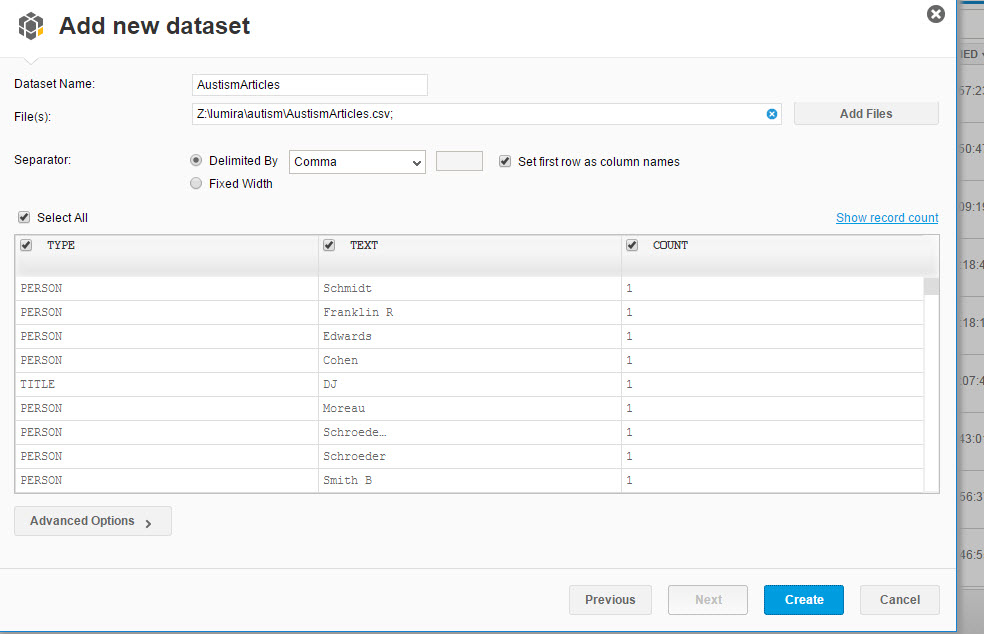 The text analysis brought back over 80K rows looking at text by people, person, title, product and various organization types.

I used Lumira Desktop 1.27.1.  I always start with suggested visualizations in Lumira, as I am fairly lazy with the tools and it’s a nice place to start. Counts by type was a suggested visualization, with most of the text analysis resulting in types of people (72K) and the rest organizations (5K). 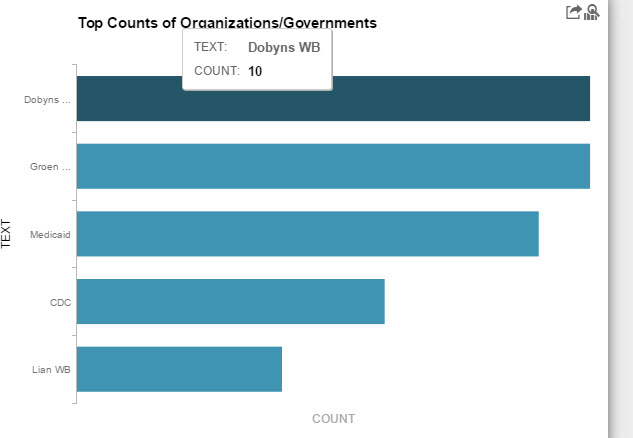 Counts of mentions by governmental organization are shown above.  It is not surprising to see the CDC mentioned but the top mentioned is Dobyns of Seattle Children’s Hospital. 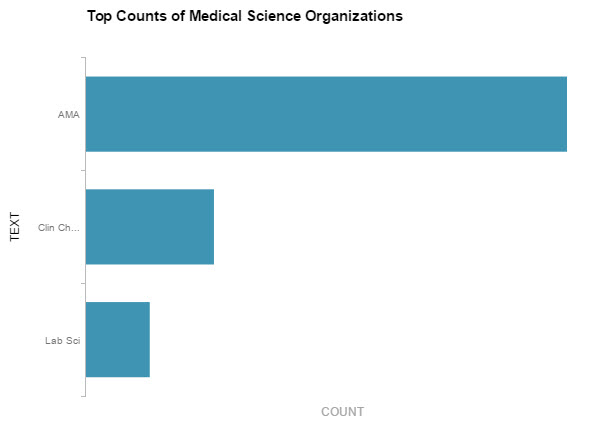 It’s not really a surprise either that the AMA (American Medical Association) is the most mentioned in the articles under the medical science organization type. 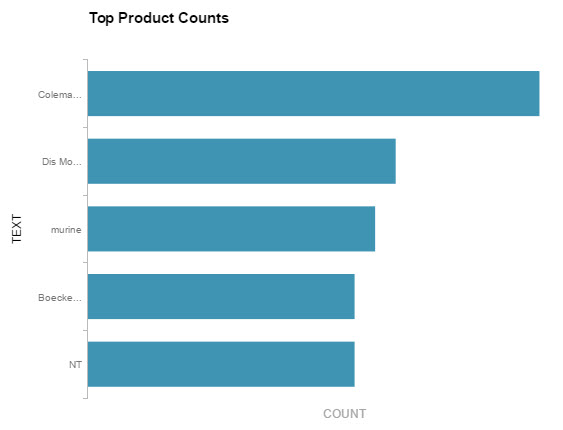 The above shows the most mentioned in terms of products.  Murine is really a model of autism spectrum disorders.

Here’s a separate visualization on Lumira Cloud.  Of course it looks best on the iPad using SAP BusinessObjects Mobile 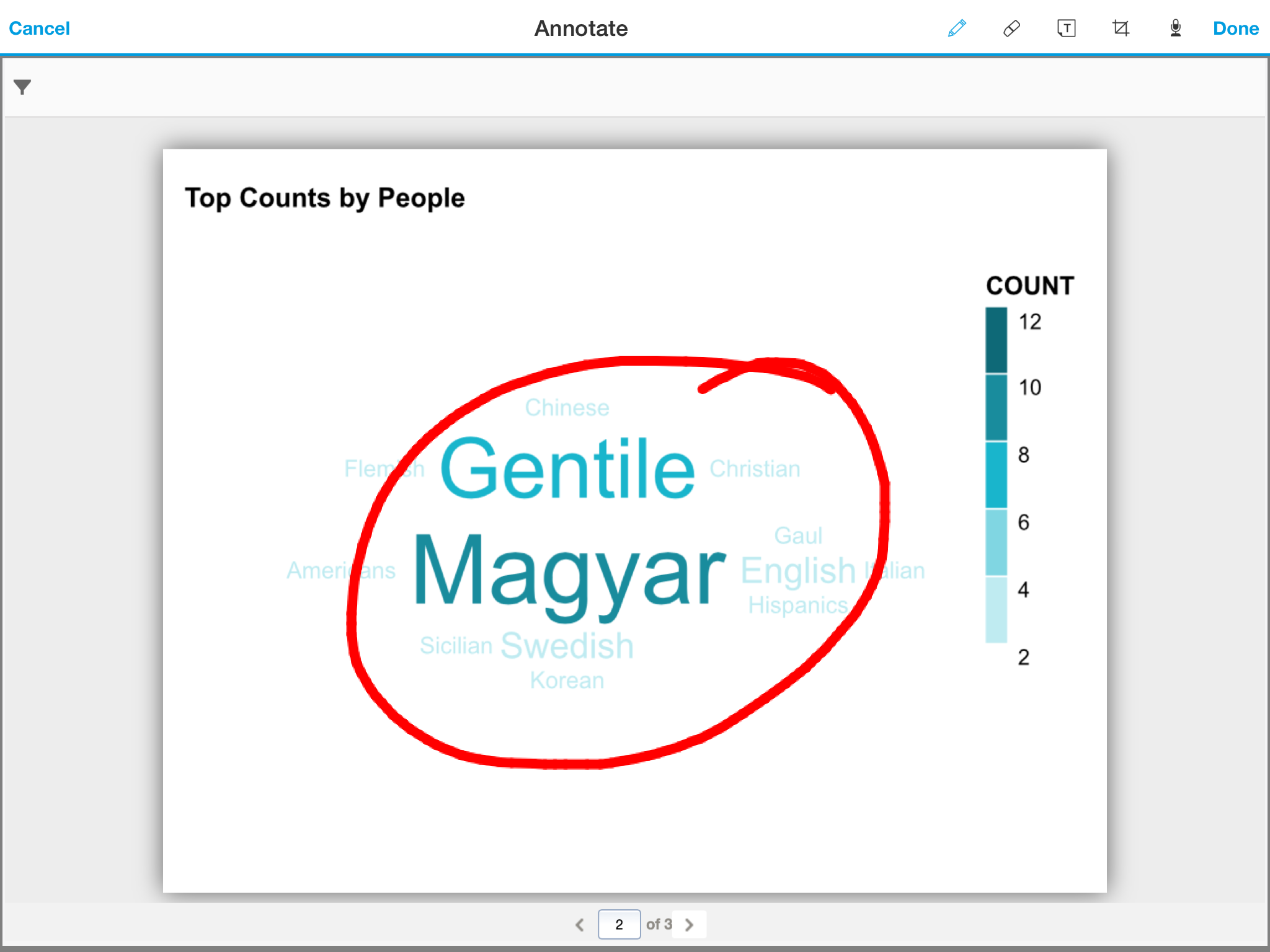 On the iPad you can annotate.  I didn’t look too closely at the publications for top counts by people – it seemed to mostly be by race; text analysis likely things “Magyar” means Hungarian but searching there has been autism research performed by people named “Magyar”. 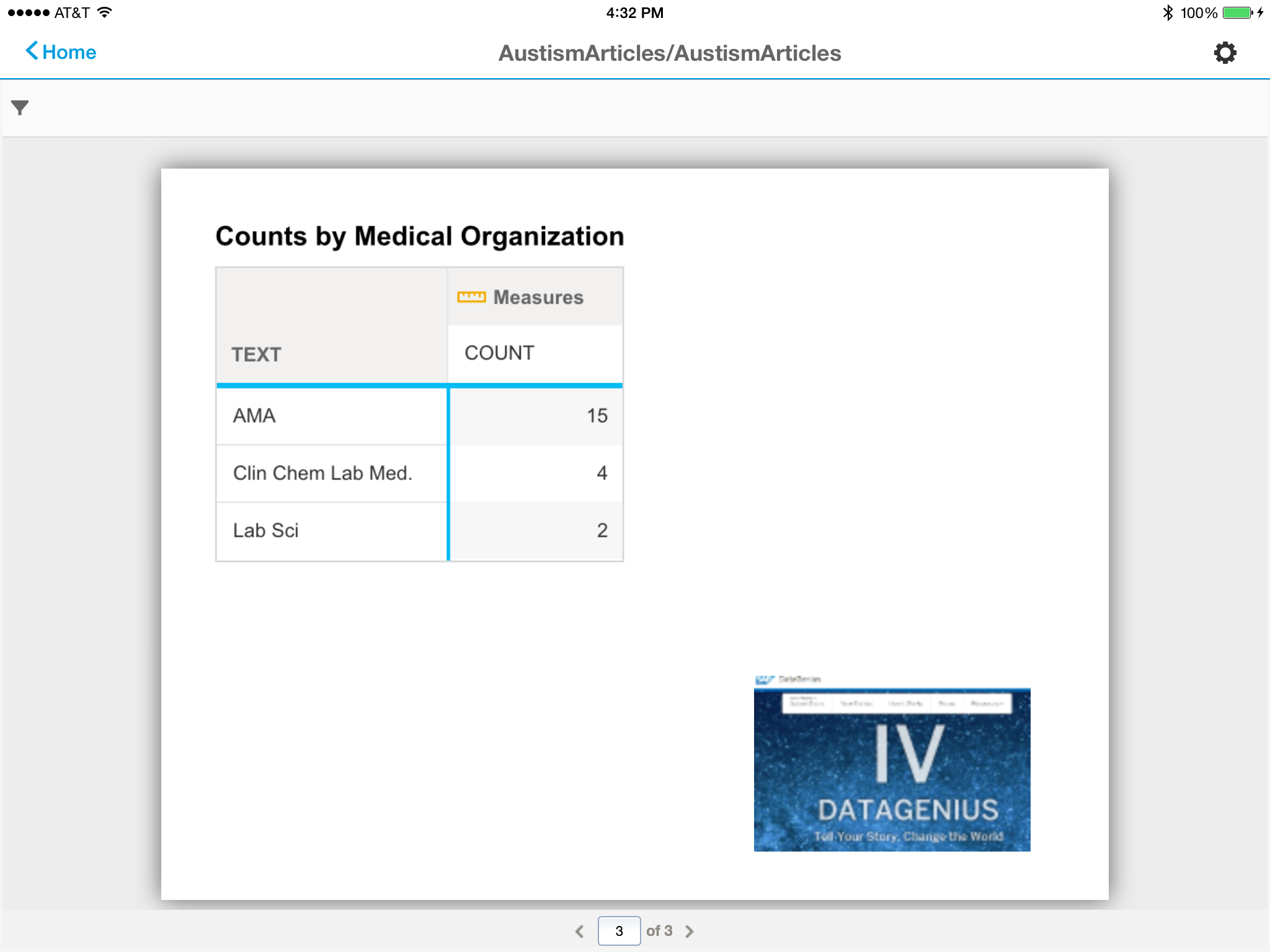 So for fun I tried the cross tab on the iPad and linking back to Nic’s Data Genius post: I am looking forward to what others share about autism in future posts.

Thanks for being the first to take on the Autism DataGenius Challenge and finding new data to uncover insights. Looking forward to seeing more.