The latest SP of SAP Process Orchestration 7.31 / 7.4 has been shipped end of May this year. This blog post summarizes what new features and enhancements it brought to you.

With the latest SP it is possible to connect the Process Composer directly to one or multiple PowerDesigner repositories. You can search for business processes in the connected repositories using a search view. This view displays the found processes along with additional information to support you in selecting the correct process. In order to finally import the desired process, you simply drag it out of the search view and drop it either on the project explorer or directly on the canvas of the Process Composer. 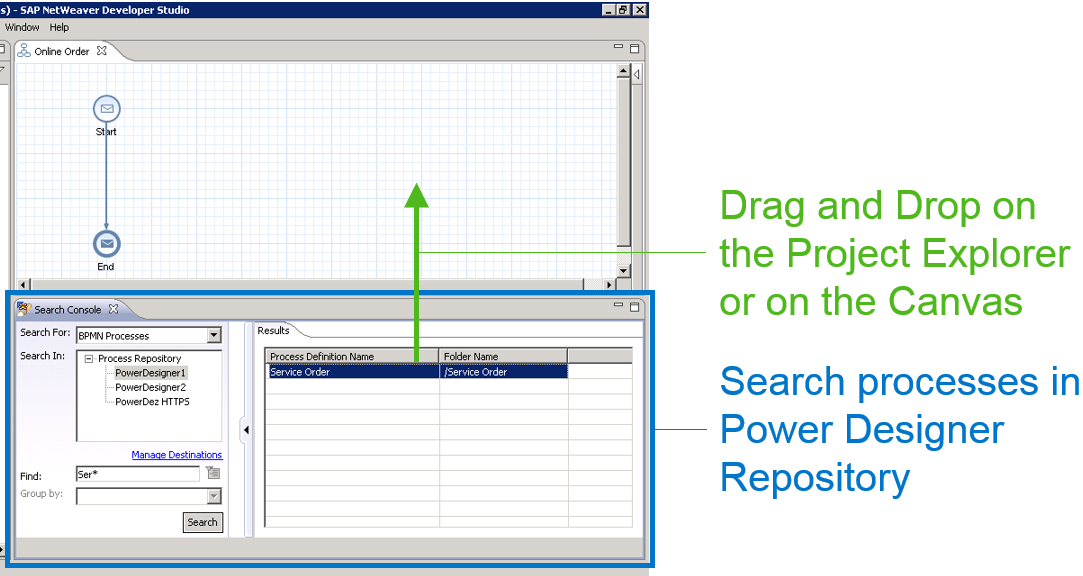 Assigning BPM Tasks to users can lead to unbalanced situations where some users might be overloaded and others are endangered to run out of work. To optimize the distribution of tasks, a new method in the Java Public API was introduced which determines the work load for a group of users. The method getTaskCountPerTaskModel returns the number of tasks assigned to individual users per task model.

The result of this method looks like illustrated in the following table:

Find more details in the JavaDoc of the public API especially on TaskInstanceManager.

Working on a BPM Task might require additional documents such as a receipt or a bill. For such purposes SAP BPM provides the possibility to attach documents or other files to a task or a process. With the latest SP the Java Public API provides new methods to retrieve those attachments and to e.g. display them in a UI. In summary the public API comes with three new methods to (1) return all attachments associated with a task instance ID, (2) return the details of a specific attachment and (3) return the total number of attachments for a specific task instance.

Find more details in the JavaDoc of the public API especially on TaskInstanceManager and TaskAbstract.

With My Inbox, SAP provides a Fiori App which enables access to all tasks coming from various backend system along with an outstanding user experience. SAP Business Workflow and SAP BPM are just two example of task provider systems which can be connected to the My Inbox. See Neelaja’s Blog for more details. In case of SAP BPM the configuration of the My Inbox is done based on Task Model IDs. The required Task Model IDs are now displayed in the Process Repository of the NetWeaver Administrator.

Enhanced Generation of task UIs based on SAPUI5

A BPM Task requires a user interfaces to be handled by a processor. SAP BPM provides the ability to generate task UIs based on SAPUI5 and thus increases the developer productivity massively. With 7.31 SP13 the SAPUI5 Generation was enabled for tasks with primitive input data (e.g. String, Integer) only. With the latest SP the SAPUI5 Generation was extended to support complex data types and collections as well. In addition to this the generated UI contains now a Reject Button as well as a Put Back button. Due to the modular design of the UI implementation, the generated UI can be adjusted easily. Find more details on the enhanced SAPUI5 Generation in Romy’s Blog. 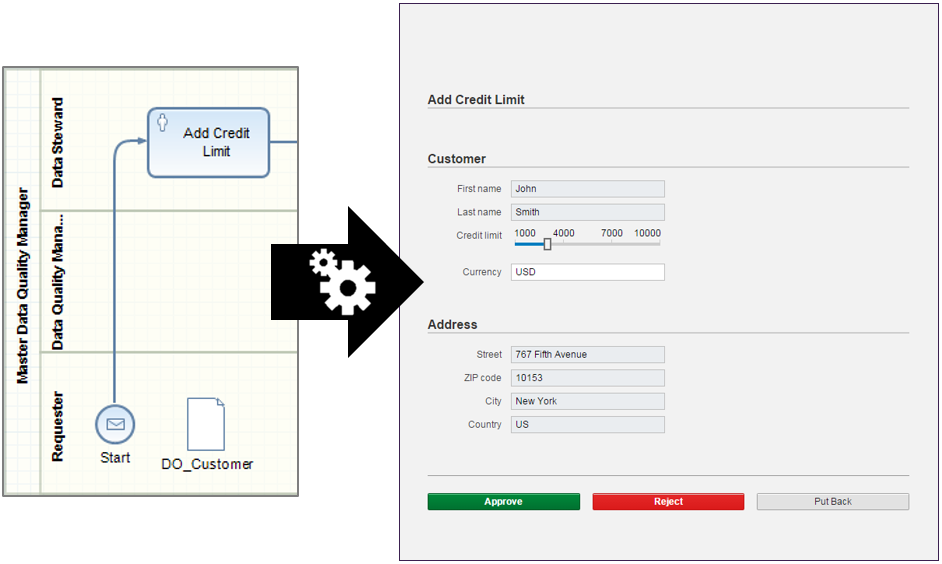 The following two new enhancements of the REST adapter have been introduced:

For more details, refer to the corresponding blogs within the REST adapter blog series.

The message based alerting allows you to send email notifications whenever an alert has been triggered. To setup the email notification, you need to schedule the so called email consumer job (AlertConsumerJob). So far, the format of the email payload was fixed. With the new version of the email consumer job (AlertConsumerJobV2), you can customize the email payload based on your own defined template file. Various variables are supported that are replaced during alert generation with values of the failed message. In addition, you can set the priority and the sensitivity of the emails, and define the language of the system generated text. See SAP Note 2088606 for more details. 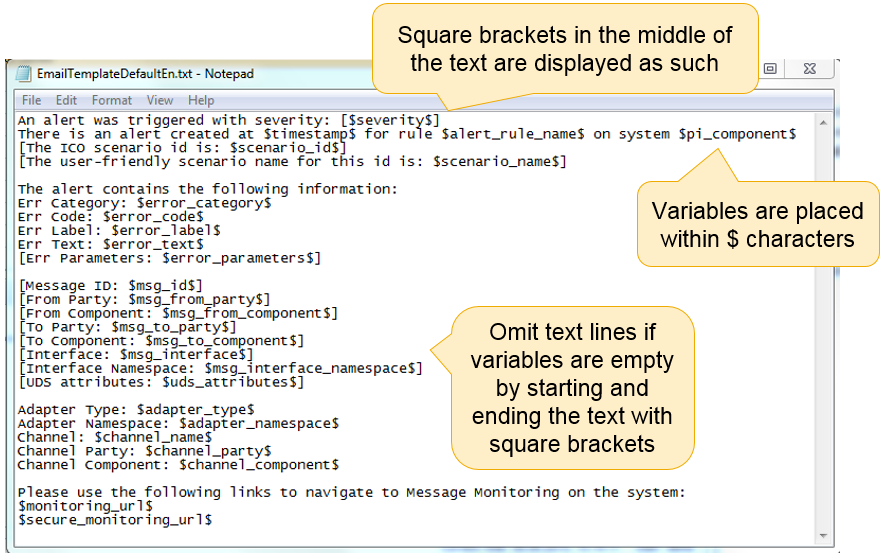 The Integration Directory Migration tool helps you to automate the migration of your configuration scenarios running on an SAP Process Integration dual-stack system to SAP Process Orchestration. The following new features have been added:

The performance monitor for the Adapter Engine has been enhanced to support messages that are processed on an Integration Engine. It  runs within the SAP NetWeaver Administrator replacing the previous monitor which was based on the Runtime Workbench. When selecting the Integration Engine from the drop down menu, you can leverage from all capabilities that are supported for the Adapter Engine, e.g., various filter criteria, displaying performance data at various levels of detail (overview, per scenario, per measuring point), and export to CSV.

The Enterprise Services Repository (ESR) in the SAP NetWeaver Developer Studio doesn’t support all features compared to the Java Web Start UI, also known as Swing client. We have closed some of the gaps introducing the following features: 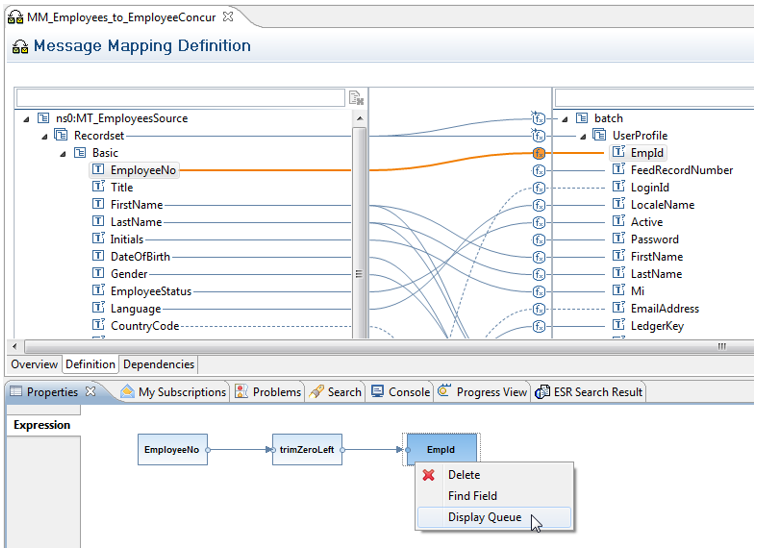