On June 26 SAP invited to another SAP CodeJam at QSC AG in Hamburg.

Twenty four geeks where lucky enough to get one of the precious tickets. Only hours after opening the registration the event was sold out.

Like last year we were happy to welcome the SAP CodeJammers at our location. Besides many participants from Hamburg we also had guests from Poland and the Netherlands as well.

SAP experts Craig Cmehil and Vitaliy Rudnytskiy brought along a suitcase full of gadgets: Tessel devices, various sensors for temperature, humidity and also cameras for playing around with. 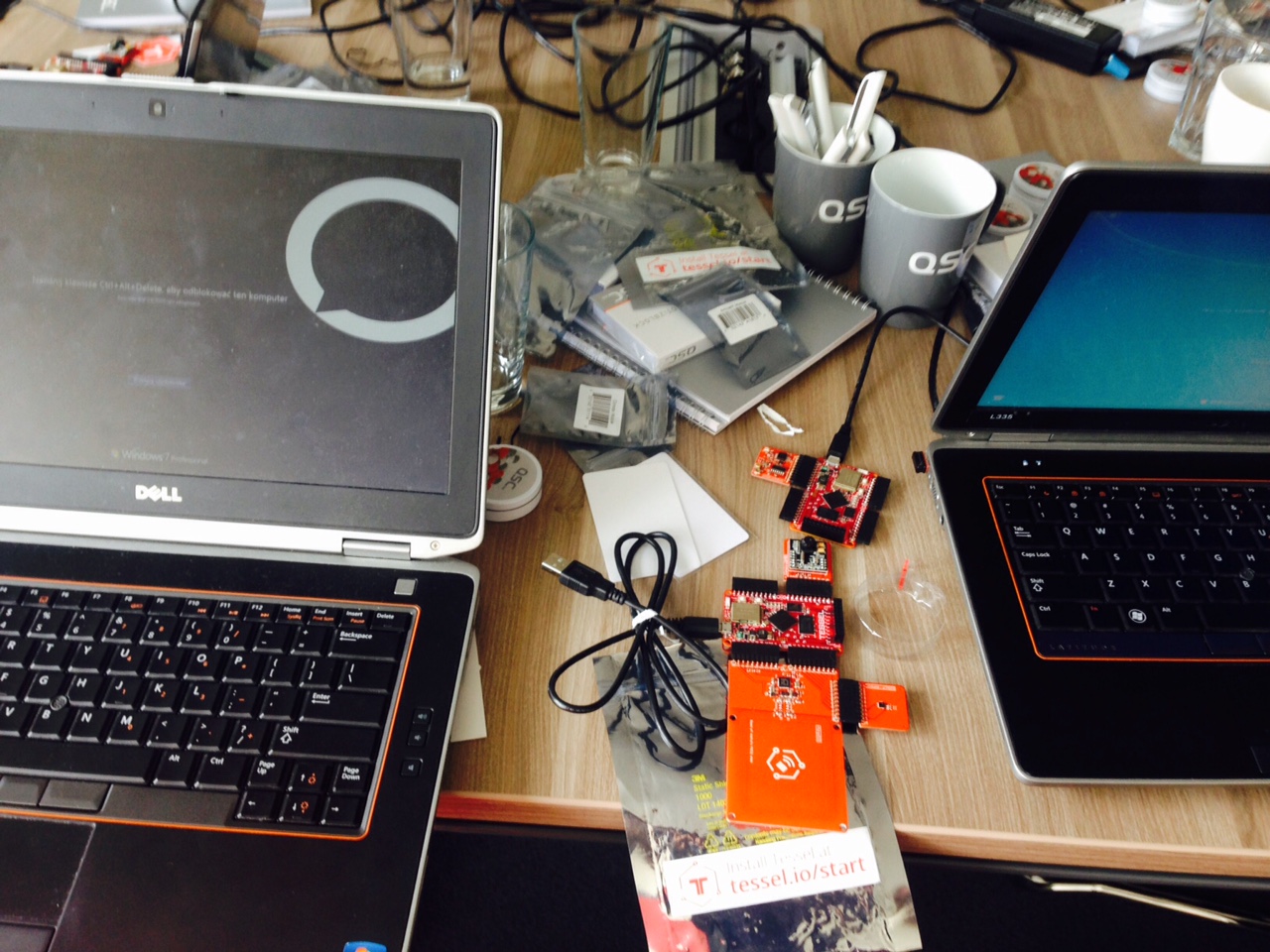 After some short introductions into Tessel programming first LEDs began to blink and soon the devices could be connected to WiFi. Finally the sensors posted their data via a proxy server on the laptops into the SAP HANA Cloud for Internet of Things. 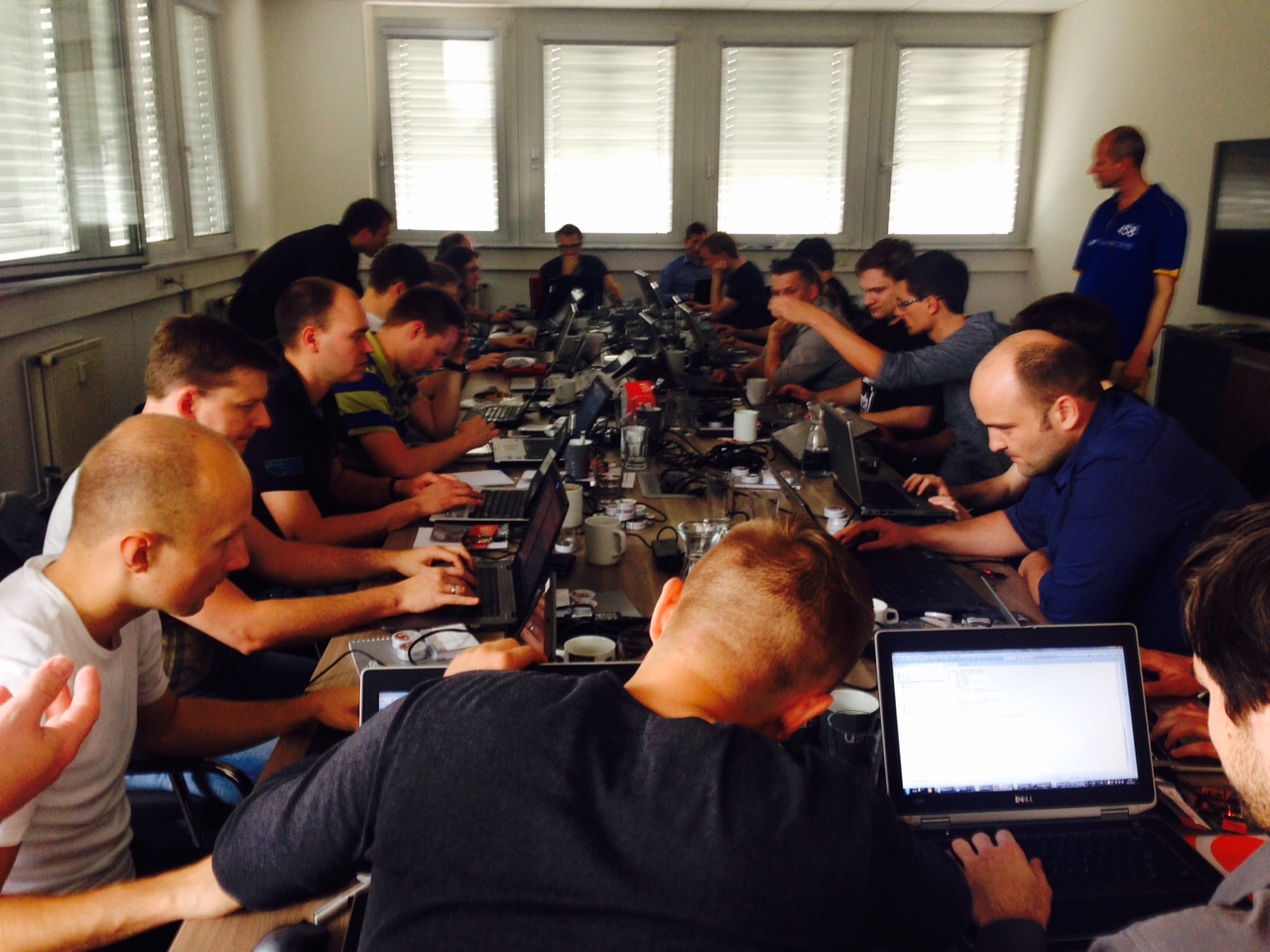 Following good old CodeJam tradition SAP not only brought the trainers and devices but also served some nice food to keep the participants motivated throughout the event and to give space for networking and expert discussions during the breaks. 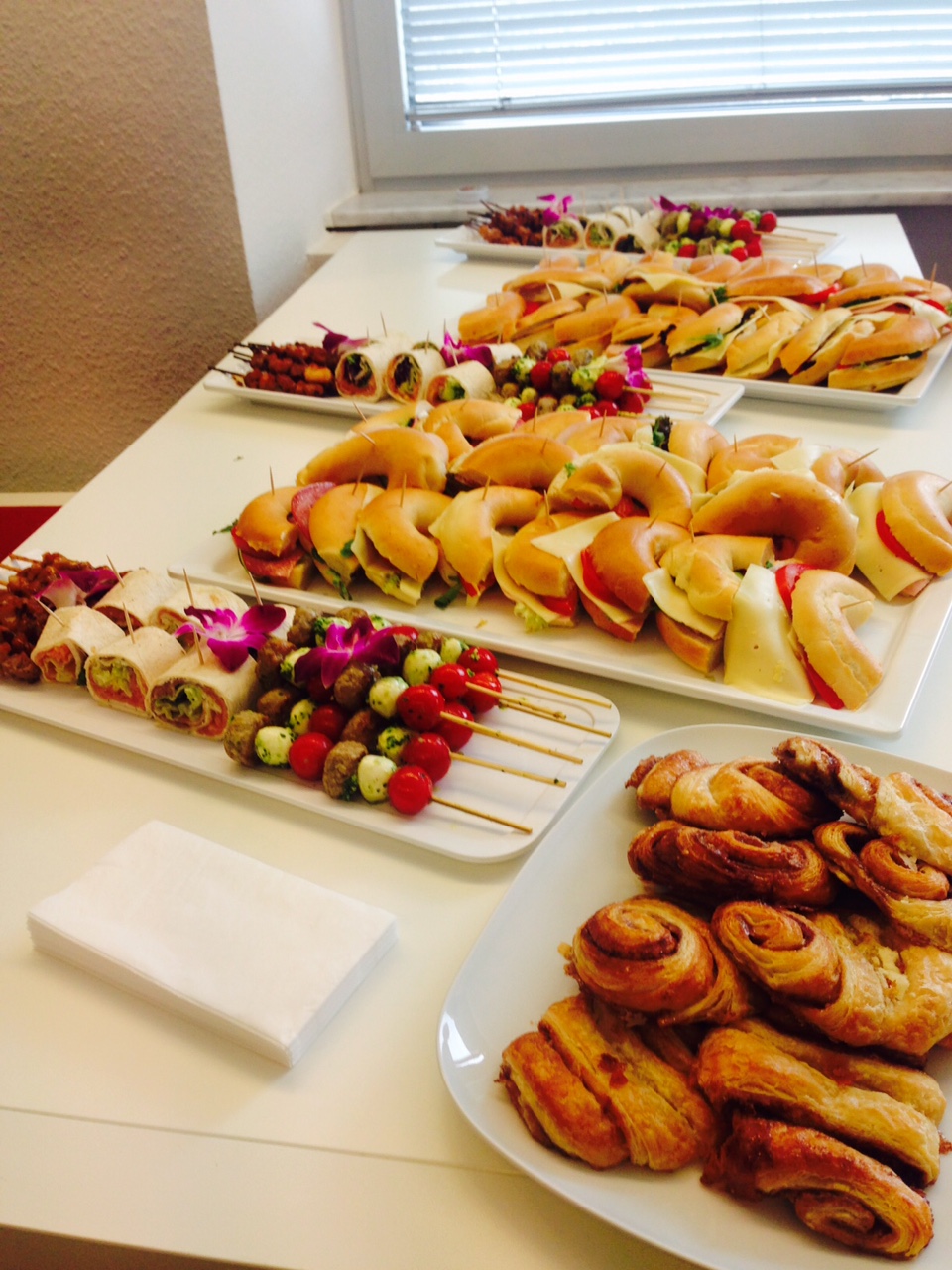 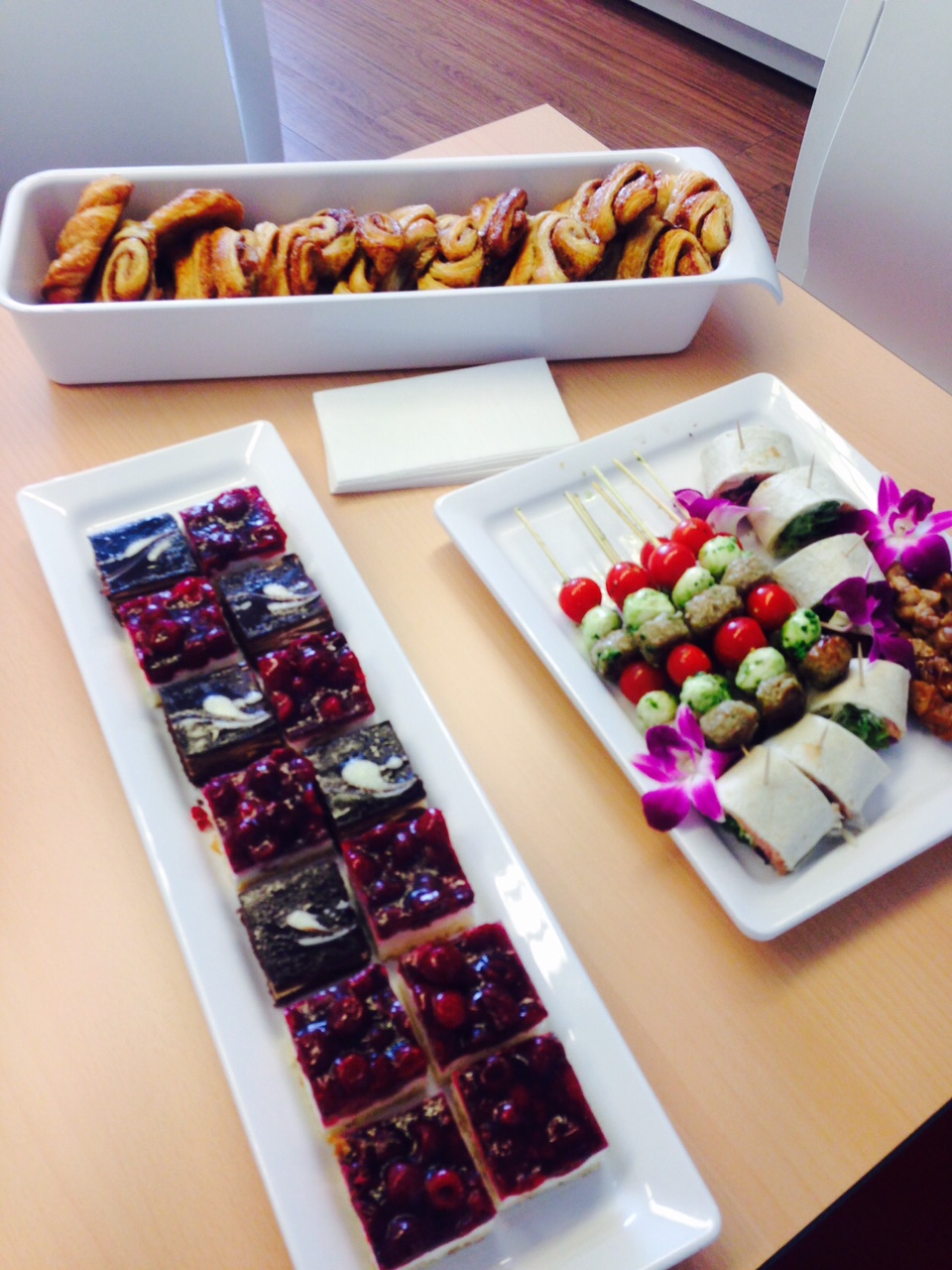 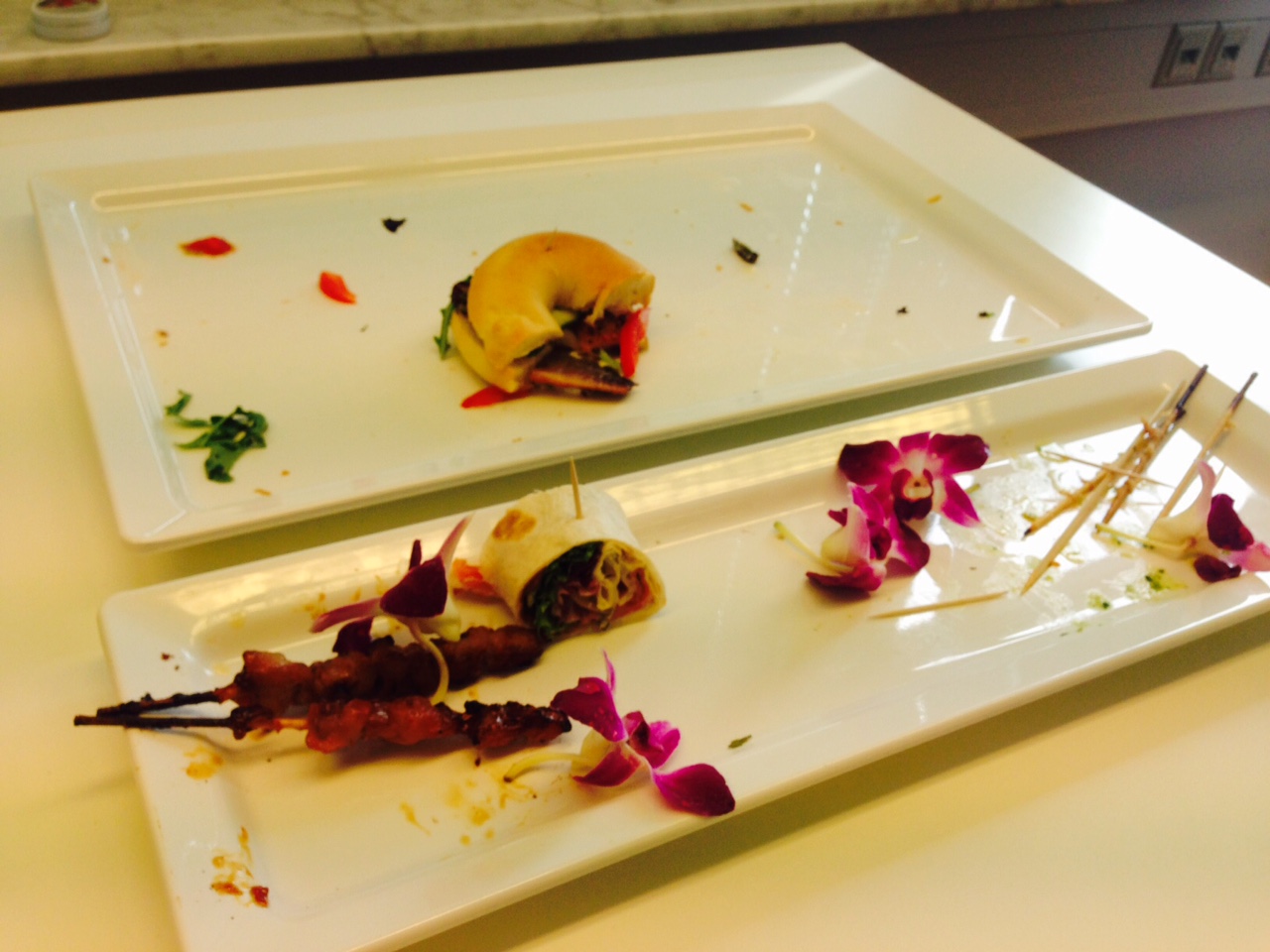 After the coding part was done – and nearly all food had been consumed – many of the participants moved over to a famous craft beer pub in Hamburg’s hot spot ‘Schanzenviertel’ to meet and greet the early arrivals and SAP Mentors of next day’s SAP Inside Track Hamburg 2015.

My personal tip: Hosting an SAP CodeJam really makes fun 🙂 and is (almost) as easy as sending a mail to sap.codejam@sap.com . Here you find all you need to do.

Besides this it is always good to check the Upcoming CodeJam Events.

Thank you for organizing it! You certainly put more effort than just sending an e-mail to us 🙂 but I hope it was all really knowledge and fun! Cheers!