Part of being an ASUG volunteer to is to listen to the community and have a checkpoint of where are at during the year.  Looking at Announcing ASUG BI 2014 Community Survey Results I wanted to see where things stood at the mid-point of the year.  I want to thank ASUG’s Danny Pancratz for providing this data.

88% of the survey respondents said they attended our webcasts.  As of June 30th this year we’ve had 45 webcasts with 9,949 registrants.  The ASUG BI Community has 6 Special Interest Groups.  The general guidelines are to hold 4 webcasts per year by “SIG”.  Using the latest version of SAP BusinessObjects Lumira I could see we have exceeded that: 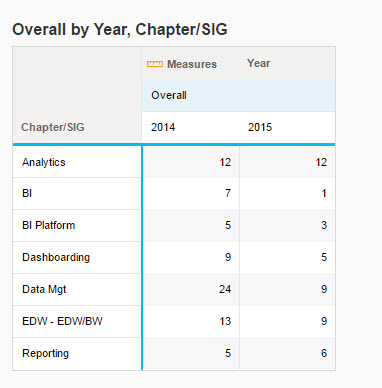 Figure 1 shows the full year 2014 number of webcasts versus the half year of 2015.  BI Platform SIG will have its 4th webcast in September covering What’s New In BI4.2

The Reporting SIG has already exceeded its webcasts from last year by 1 and they have more scheduled. 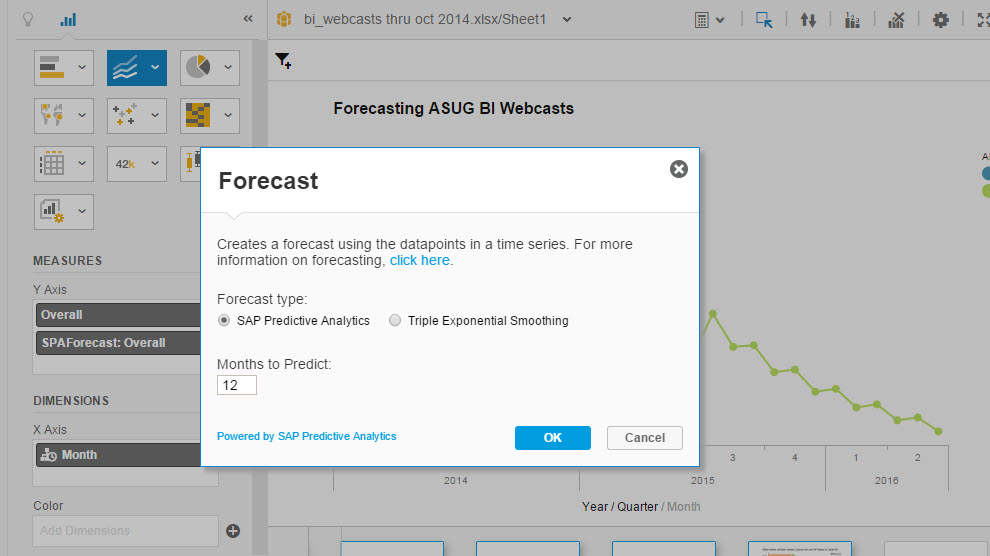 Just for fun, I thought I would use the Lumira capability to forecast future webcasts cc Antoine CHABERT 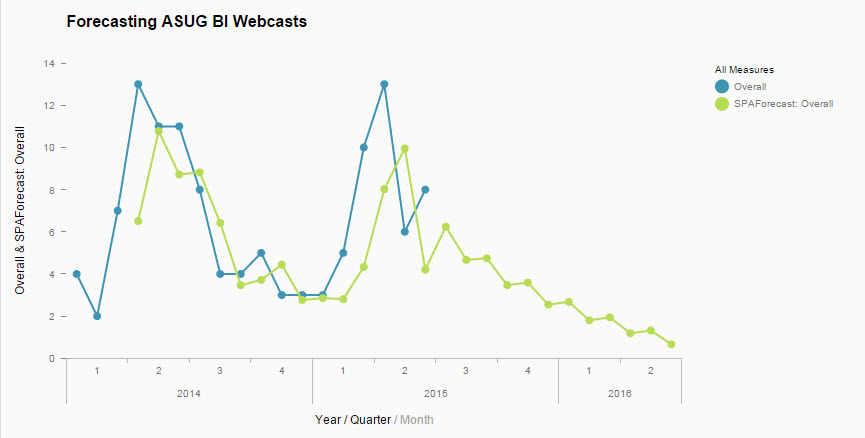 How does it look? 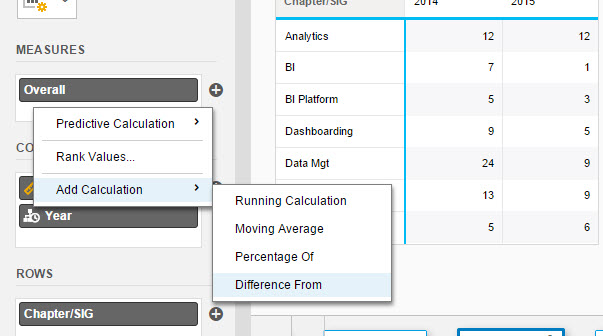 Figure 4 shows the new feature in Lumira 1.27 “difference from” Figure 5 is the result of the difference

Figure 6 is the registration by SIG with Analytics leading the registrations and BW second.  Dashboarding is third as Design Studio webcasts have proven popular with ASUG members.

What were the most popular webcasts? 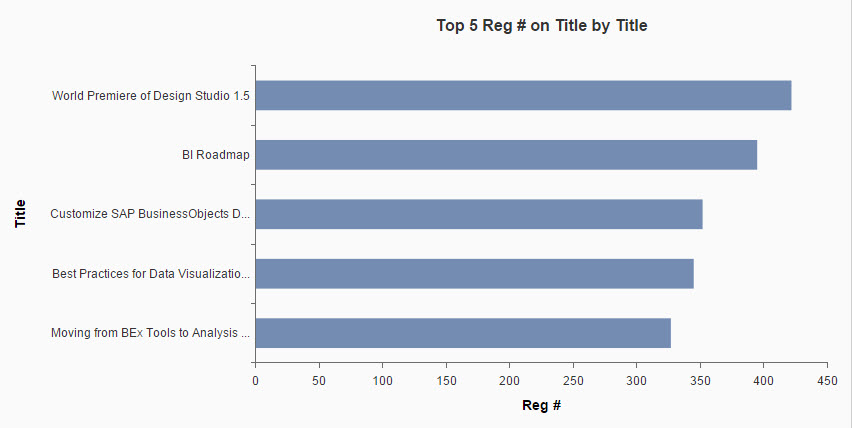 The World Premiere of Design Studio with Jie Deng was the webcast with the top registrants at 422. ASUG BI Roadmap Webcast Notes was second.  The third webcast was a customer webcast with Kindred Healthcare and how they used Design Studio.  Fourth highest webcast was Best Practices for Dashboard Design with BusinessObjects Design Studio-ASUG Webcast Part 1 with SAP Mentor / ASUG Volunteer Ingo Hilgefort

The last webcast was a Q&A with SAP’s Jie Deng and Alexander Peter covering a Q&A of Moving from BEx Tools to Analysis and Design Studio.  We started this Q&A webcast series after a successful Q&A webcast with Storm Archer and Brian Wood on migrating to BW on HANA.

We still have more webcasts to come – see upcoming list here.  For fun, see this simple infographic.  I want to thank our ASUG speakers, ASUG members for registering and attending, our SAP Point of Contact Ina Felsheim ASUG Volunteers (special thanks to Joyce Butler who has moderated the most webcasts) and ASUG Volunteer Market Leader Ingo Hilgefort for webcast promotion.

Will you join the Data Genius contest?