Drones: Lots of Buzz and a Little Bit of Sting

At this very moment, somewhere in the world, a drone is taking a picture of an insurgent’s hidden outpost — or a tropical sunrise. Launching a missile over a battlefield — or bringing a beer to someone’s table. Racing through an obstacle course for fun — or slipping into an environment too distant or dangerous for a human. That barely scratches the surface of what drones will become in the not-too-distant future.

The first drones were remote-controlled model planes used by the military in World War I to surveil battlefields. Today, a drone is commonly thought of as any unmanned aerial vehicle that combines a power source, sensors or cameras, intelligent software, and most critically, a communication link. But they are much more. Drones essentially take the Internet — and exponential technologies — anywhere we humans want to send them.  What’s more, they’re getting exponentially simpler, safer, smaller, and more powerful with each turn of the Moore’s Law crank.  We’re hurtling toward a future in which drones are widely available, incredibly capable, and increasingly autonomous. It’s not too soon to start considering the possibilities and challenges. 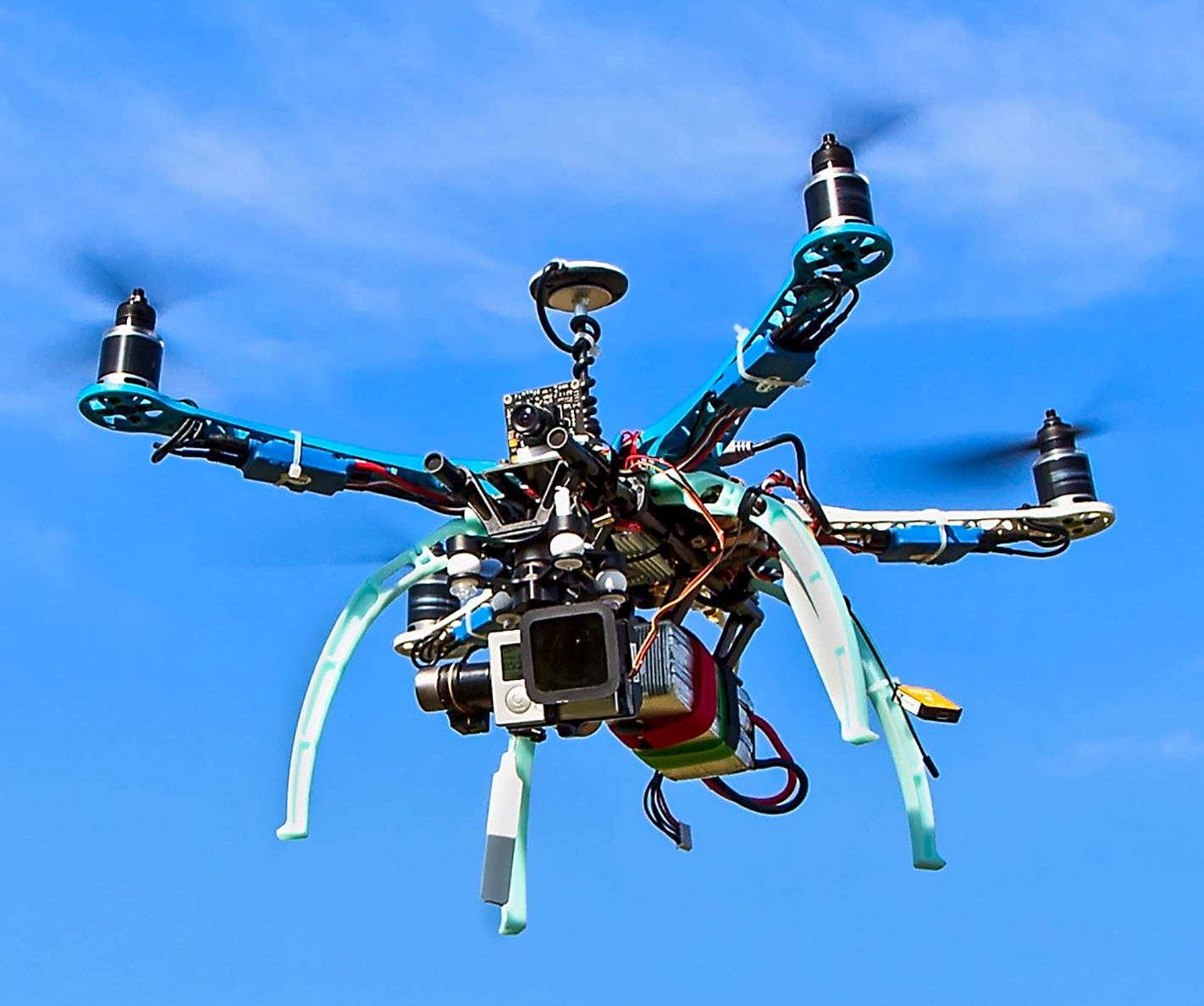 Today’s drones are an ideal platform for putting the already countless variety of sensors (thermal, pressure, audio, chemical, biological, imaging, and many more) into places where it’s difficult, dangerous, or physically impossible for a human to go. More efficient energy storage and fast-improving solar technologies make batteries lighter, smaller, and longer-lasting, allowing drones to operate for longer periods of time. And while software already lets users set up geofences to control where drones can travel, advances in automation and artificial intelligence software will extend their capabilities even further. In the future, drones will carry 3D printers, robotic arms, and all manner of technologies to enable them not just to sense, but dramatically affect, the world around them.

No wonder drones are being put to use in a wide range of industries, both to augment humans and to perform tasks that were previously impossible. These are just a handful of the ways drones are already at work around the world:

A South African music festival has even successfully tested beer delivery by drone at one of its campsites. In the US, however, the Federal Aviation Administration currently bans drones for most commercial uses. This has delayed Amazon’s plans to introduce package delivery by drone — and disappointed Wisconsin ice fishers whose drone deliveries of twelve-packs from a nearby brewery got shut down. Nonetheless, despite the conservatism of some regulatory agencies, drone technology is advancing so rapidly that broad commercial applications are imminent.

A drone of your own

The first GPS receiver weighed 50 pounds and cost more than $100,000. Today, you can buy a 0.3-gram GPS chip for less than $5. The Apollo space program spent millions of dollars to develop an Inertial Measurement Unit to track an object’s position and movement through three-dimensional space, but today it costs just a dollar to do it on a few chips. Digital cameras are many thousands of times smaller, cheaper, and higher-resolution than when they were introduced in 1976.

Now, imagine applying the same rules of exponential growth to other technologies integral to drones. In the next five to ten years, drones could be one thousand times better, but what does “better” mean?

All of these things, in turn, will create enormous economic opportunities. Global market research firm MarketsandMarkets estimates the total market for commercial drones was $15.22 million in 2014 and predicts it will grow to $1.27 billion by 2020. That incredible growth rate is an order of magnitude faster than Moore’s Law.

Like self-driving cars, which will use exponential technologies to take us where we want to go without our involvement, drones will use these technologies to take us places we can’t physically be. A world full of drones promises to transform many industries. At the same time, drones will also have enormous ramifications for personal security and privacy. The same personal drone with a high-resolution camera and facial recognition software that follows your child home from school on busy streets could be a tool for a clothing manufacturer to keep tabs on everyone wearing its products — or for a thief to choose which home to break into. And what happens to society when microdrones are everywhere, forcing us to assume that everything we do and say is recorded, monitored, indexed, and infinitely searchable?

Future drones will be able to capture any kind of information from any location.  They will vastly expand our ability to understand and, importantly, affect environments in ways that we’re barely beginning to imagine. They’ll even bring you a bottle of your favorite beer while they’re at it.

To learn more about how exponential technology will affect business and life, go to SAP Digital Futures

This story also appears in the Digitalist Magazine