Technology and Integration Drives the Future: a Visit to BNSF Railway

Last month, I had the pleasure of visiting Burlington Northern Santa Fe (BNSF) Railway while attending the annual convention of the Santa Fe Historical and Modeling Society. BNSF openly welcomed rail fans of all ages at their corporate headquarters in Fort Worth, Texas. As a lifelong fan of the Santa Fe Railway since my days as a kid in Southern California, I was thrilled to tour the BNSF facility.

The railroad industry has seen massive changes, consolidations, and more in recent years. How do technology and innovation enable success in such a volatile market? Little did I know that the answer would soon present itself boldly before my very own eyes during this one tour!

As the second-largest freight railroad network in North America, BNSF is the result of multiple railroad mergers. The main elements of BNSF came together in 1996 when the Santa Fe Railway merged with the Burlington Northern.  As a Berkshire Hathaway company, BNSF is known for being a technology innovator, employing over 40,000 people across a network of 32,000 miles of track across 28 states and reaching into Canada. BNSF moves approximately 25% of all freight on U.S. railroads and maintains a fleet of more than 7,000 locomotives. When you consider these statistics, it’s easy to see why BNSF is an impressive example of enterprise asset management, supply chain management, transportation, and logistics and much more.

One tour, many surprises

Our group moved through the welcome area at BNSF HQ and past a reception area with tons of railroad history, memorabilia, and colorful art that could fill the Met. We convened in a large conference room and were greeted by Joe Faust, BNSF’s director of Public Affairs.

After a warm welcome, Joe explained how technology is a key differentiator in BNSF’s success in the marketplace. (Needless to say, this was music to my ears!) To build his case, Faust hit a button, screens opened up, and an incredible view of  BNSF’s Network Operations Center (NOC) was revealed.  The size of several football fields, the NOC includes massive screens with a real-time display of information on BNSF operations. It was comparable to a giant dashboard combining analytics, reporting, and performance management all in one room. The floor included dispatchers and a core team that runs the railroad – all supported by an IT staff. 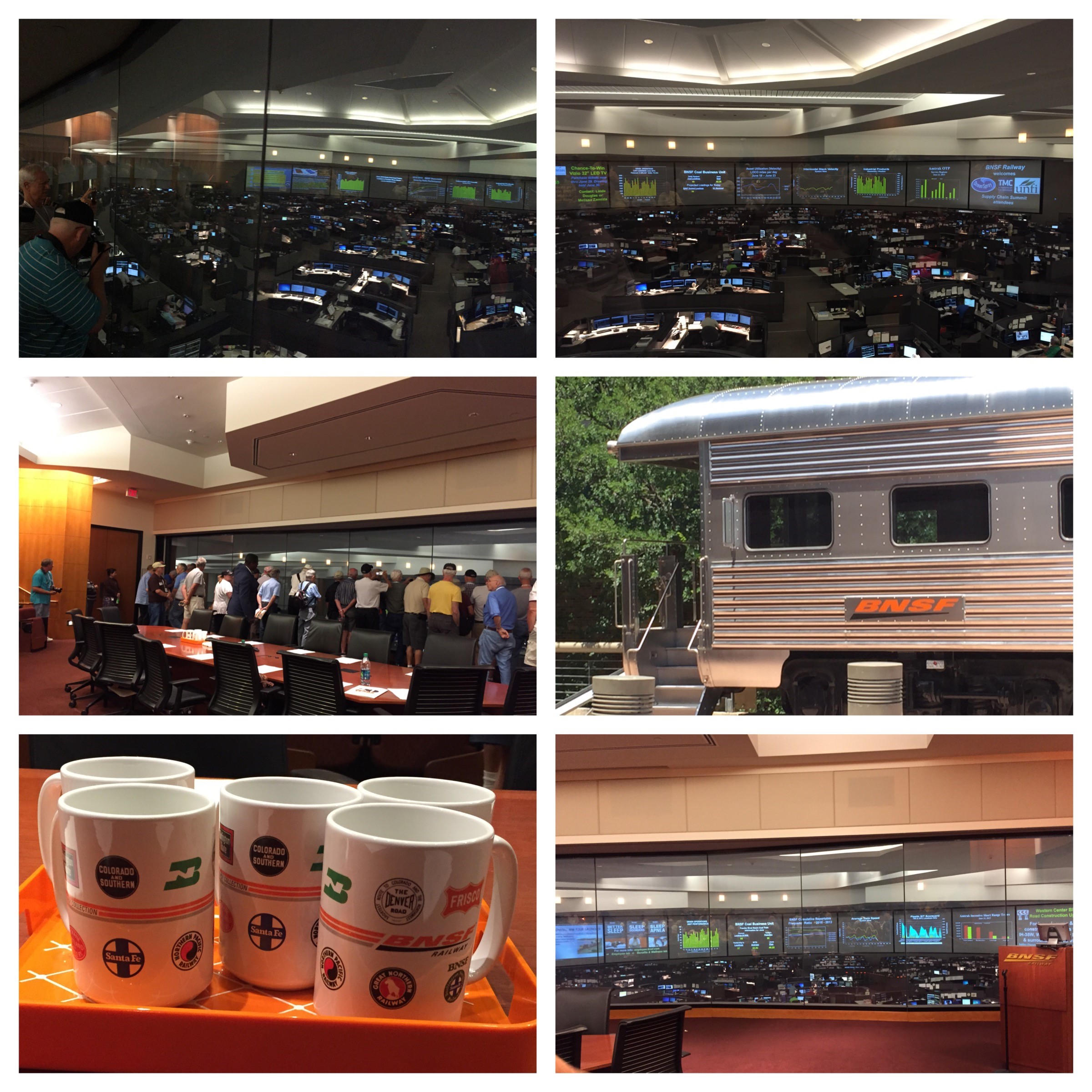 I was blown away by the notion that one room runs the majority of BNSF operations with only several hundred employees! Not surprisingly, this is driven by quite sophisticated technology; multiple data centers; and infrastructure that combines networking, PCs and mobile devices, network storage, and more. One of my fellow enthusiasts detailed how railroads once communicated and operated via telegraphs. Well, today, it’s sophisticated applications, an enterprise e-mail backbone, and modern collaboration solutions running the BNSF operations.

Midway through the tour, I couldn’t pass up the opportunity to ask Faust how systems integration helped grow BNSF from its heritage of different railroads and separate operating companies. From his perspective, technology partners managing onsite offices, the combination of disparate legacy systems into a single integrated solution, and the roll-out of applications all had a hand in building this astounding infrastructure.  As a long-time services marketing veteran this too was music to my ears — and truly showcased the power of systems and solutions integration.

Indeed, BSNF is the model of real-time computing for real-time railroading – 24x7x365. The BNSF NOC can operate on generators for up to two weeks in the advent of a power loss and can survive an F5 hurricane – confirming proof that the 3rd platform is about an always-on, real-time computing platform.

Faust pointed out that the railroads that have combined to form the current BNSF railroad network once employed more than 250,000 people. With modern technology, only a fraction of that number runs BNSF today. All the while, productivity continues to improve. In fact, the Association of American Railroads has showcased how technology has helped fuel five-fold gains in productivity over the past 35 years. BNSF is no exception – and in my opinion, it’s no wonder that Warren Buffet invested in this railway company. 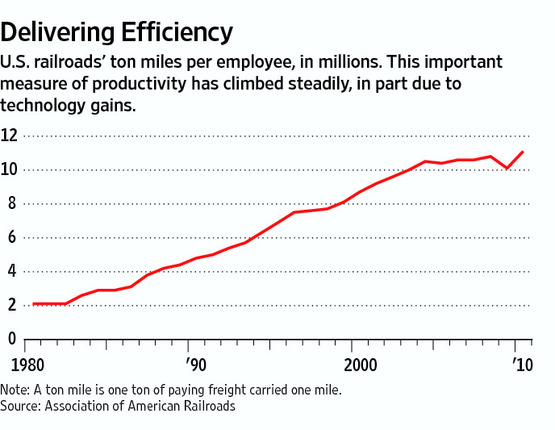 As our tour wound down, I couldn’t resist buying a colorful BNSF luggage tag at the company store. Every time I see this cool memento on my gym bag, I will be reminded of the BNSF NOC, especially how technology is driving mesmerizing gains in productivity and how railroads are a critical part of our economy.

History is such a significant part of the railroads’ legacy and a reminder of a simpler time. However, as I left the BNSF campus, I am equally excited by how technology is driving the railroads’ future, which is indeed very bright.

Fred Isbell is Senior Marketing Director for SAP Services & Support Marketing for Thought Leadership, Demand Management and Planning for the worldwide Services & Support Marketing team. A 15-year veteran of SAP, he formerly led SAP Global Services Marketing Field Engagement, the North American SAP Services regional marketing team and SMB Channels Marketing for the SAP Small and Midsize Business team. Prior to SAP, he held a variety of senior solutions, services, and partner marketing roles with Compaq and Digital Equipment Corporation (DEC). Fred is an honors graduate of Yale University with a BA in Economics and Political Science, and has an MBA from Duke University’sFuqua School of Business where he was a Fuqua Scholar.  A life-long rail fan and model railroading enthusiast, he is a long-time member of the Santa Fe Historical and Modeling Society. 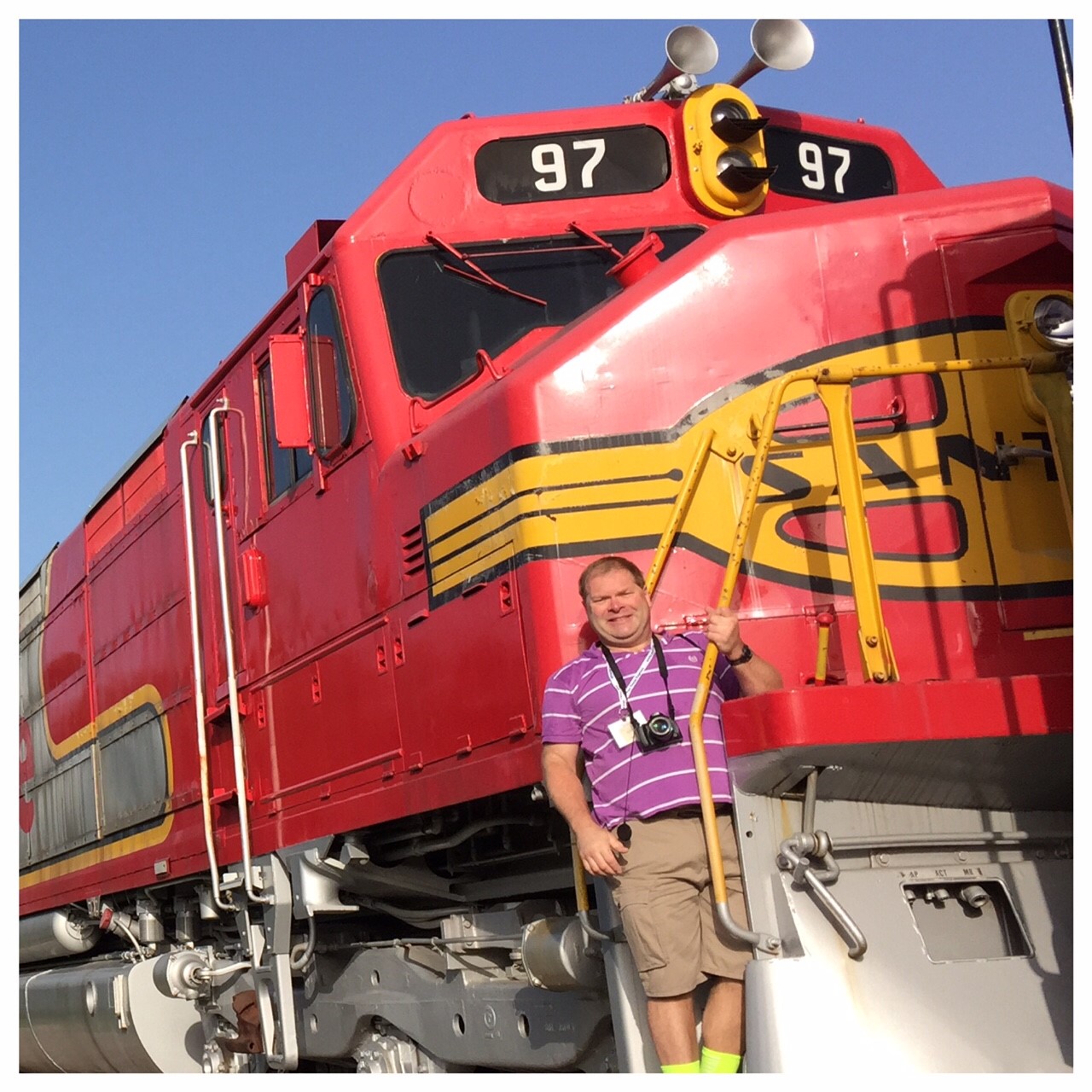 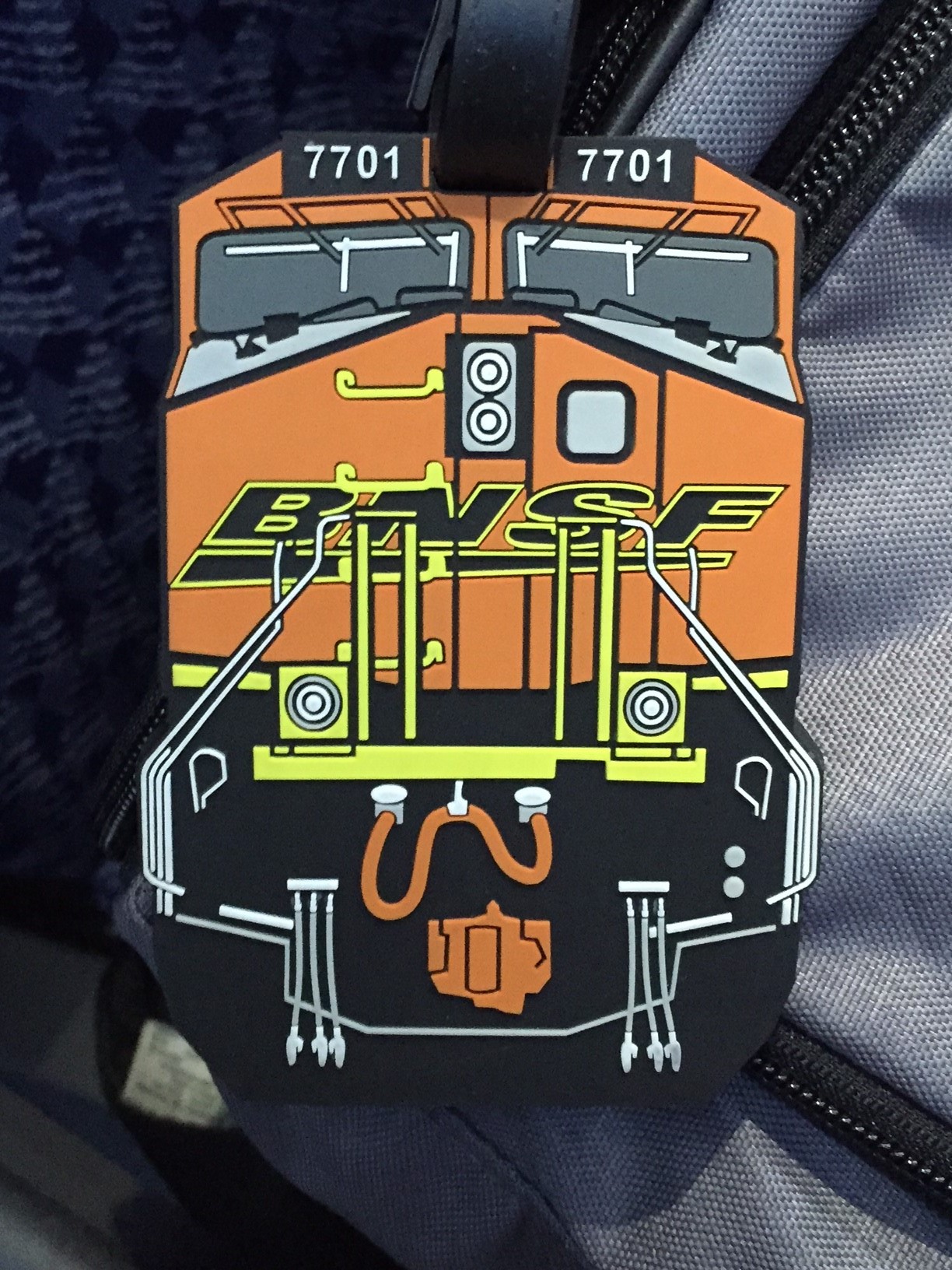