Can you tell us a bit about yourself, where you live, what kind of work you do, and other things you would like to share with the community (hobbies, fun facts)?
My native place is Madanapalle, a small town in Andhra Pradesh state in South India.

I hold a Bachelor’s degree (Btech) in Electronics and Communication Engineering (ECE) and after completing my engineering degree I joined Infosys Company in Mysore, India. As a fresher, I started working initially on an SAP Security project where I got chance to work on SAP GRC Access Control module. My Project Manager (Saragadam Acham Naidu), Team Leads (Arun and Raj Bharat) are my gurus who believed in me and helped me to understand the concepts of GRC functionally and technically, which helped a lot for my knowledge and career growth.

My Hobbies include watching movies (big movie addict especially South Indian movies), being on SCN (at least for two hours a day whenever free), Facebook Addict (also have a FB page for SAP GRC and SAP IDM which I maintain along with my friends) and listening to music (fast beats). 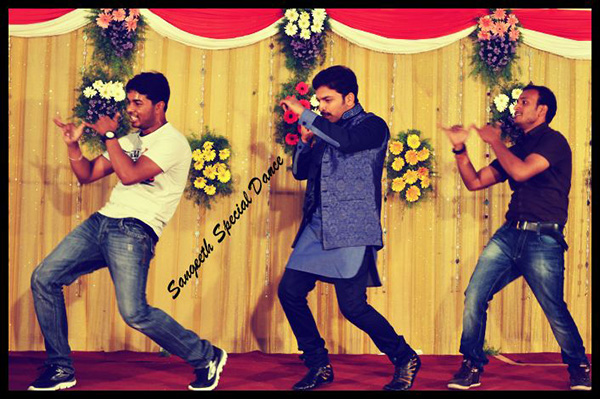 When did you become a member of SCN and which areas are you most active in?
I have known about SCN for quite sometime as I started working actively on SAP GRC projects but never got chance to create an account in SCN. Initially I have posted my query and the help I got from the forum was very helpful in getting my issue fixed. Then I started browsing through the GRC Governance Risk and Compliance space to understand various queries consultants posted and from there my learning really went to next level. I am very inspired by the way people are willing to help, spending their time in SCN, especially Colleen Lee and Alessandro Banzer (should say my SCN gurus) and that’s when I made it a habit to daily check SCN for learning as well as to help others with queries, which slowly pulled me into writing blogs, documents etc. I am really enjoying it here in SCN, as daily I am learning new things and making new friends as well. I am currently active only in the GRC Governance Risk and Compliance space.

I believe SCN has helped a lot in my career growth and now a day’s a lot of people have started recognizing me through my blogs and documents in SCN.

In addition to what’s already covered in the Rules of Engagement, do you have any advice to new members on SCN “etiquette”?
A few things I noticed:

With the new 1DX project I hope SCN will be improved a lot.

How did you get started with SAP technologies and how is the shift from on-premise to cloud affecting your work?
I have seen lot of discussions about On-premise to Cloud, but I feel new customers can move to Cloud for Customer (C4C), which has lot of new features, but for the existing On-premise customers, until SAP publishes its roadmap, it is not going to be an easy decision and especially if it involves huge investments. As far as my work is concerned I can say it is not much affected by both On-Premise or C4C solutions.
I noticed that Colleen Lee and Allesandro Banzer, two former Members of the Month also very active in the GRC space, have been giving you guidance along the way as you’ve become more active in the community. What are your impressions of the longer-standing members helping along the newer members in the community at large?

As I mentioned earlier, Colleen Lee and Alessandro Banzer are my SCN Gurus and the inspiration for my participations in SCN. Newly joined members or new contributors will be very enthusiastic to help others but as longer-standing members, we should guide and help them to understand how following SCN rules will keep that space clean. New members should take feedback in the correct way so that it will help them with their future contributions, which is what I learned from Colleen and Alessandro.

Have you been following the discussions around the upcoming changes to the SCN community as part of the 1DX project (http://scn.sap.com/docs/DOC-63650)? What are some of your hopes and dreams for the new community?
Yeah, I have followed the few blogs as part of 1DX project and the features being mentioned are exciting especially “The road to publishing”, “All about Metadata” etc. I hope we will have great digital experience… Looking forward for it.

Do you have any fun talents you’d like to tell the community about? Jokes, songs, a dance? Can you send some photos for me to include in my blog announcement?
I talk a lot and I love playing pranks and am also a good dancer. I am a good cricket player as well. 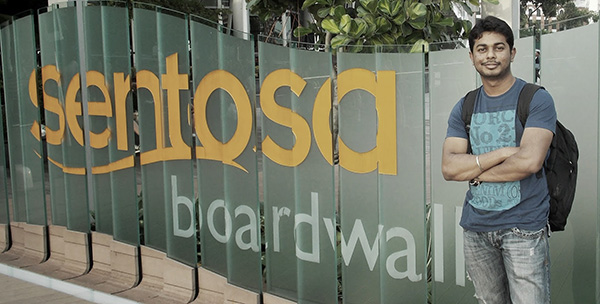 I understand you are joining us from an assignment in Singapore. I’ve never been there, is it as beautiful as the pictures I’ve seen? How is the weather? (Send us a shot of you in Singapore if you have one.)
Singapore is a beautiful city but with Humid climate. (No winter or rainy seasons). Singapore is a multi-cultured country which is known for various type of cuisines, night life, style, shopping and mainly it’s a banking hub of Asia and also best country for weekend parties in the Island.

Any plans to do a Blog It Forward post?
I am planning from quiet sometime and Alessandro Banzer invited me as well but was little busy and so couldn’t start, but sure I am going to do it very soon.

Is there an SCN member you admire (OK… you can name a few)? And for what reason?
I admire all SCN members who are willing to help others and share knowledge and especially from SAP GRC space I admire Colleen Lee and Alessandro Banzer, who are my inspiration for my active participation in SCN. 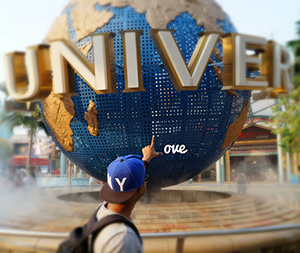 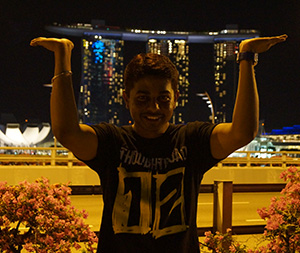 Congrats Madhu.. After seeing this blog it’s inspired me a lot…. 🙂