Could Data Science Have Saved Greece?

Whatever the right solution is for the current Greek crisis, many observers believe that the problems could have been avoided if Greece had not joined the Euro in the first place.

It is no secret that Greece struggled to meet the official criteria for Euro entry. It was revealed in 2004 that the official Greek deficit figures used to justify accession were incorrect, and the Greek authorities continued to submit frequently-revised statistics to the EU for the next decade. The final official figures show that country’s annual budget deficit has never met the Eurozone’s 3% limit.

Data science may have helped expose the problems earlier. A research paper published in 2011 called Fact and Fiction in EU-Governmental Economic Data applied Benford’s Law to a decade of economic data from 27 EU states.

Benford’s Law says that the first digit of certain sets of real-world numbers are not evenly distributed — for example, that there will be six times as many numbers starting with the digit “1” as with the digit “9”. (For math fans, here’s a good explanation of why this might happen: basically, a lot of nature shows exponential and logarithmic behavior). 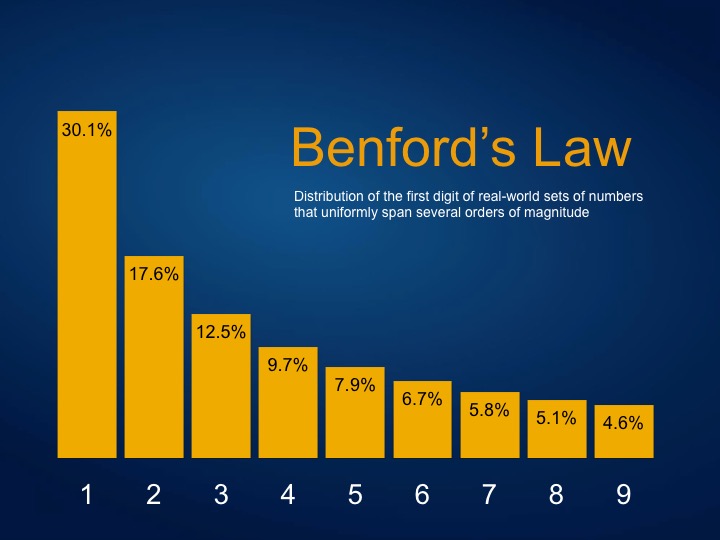 Financial auditors had already successfully used Benford’s law as part of their fraud detection processes, and the researchers wanted to determine whether it could also be applied to economic data.

For each country, they calculated the difference between the reported values and what would have been expected from Benford’s Law: The country with the greatest deviation was Greece, and the researchers concluded that this can be regarded as evidence for the effectiveness of Benford’s law in the detection of irregularities and manipulations in macroeconomic data.

So could Data Science and Benford’s Law have helped head off the crisis, by keeping Greece out of the Euro? Probably not. It was apparently an open secret among EU officials that the numbers for Greece were dubious, and it was ultimately Germany and France who first officially broke the 3% budget deficit rule.

Using Benford’s Law may have revealed the problems earlier and more publicly, but Greece’s entry into the Euro was ultimately the result of political decisions rather than economic theory.

There’s still scope for using Benford’s Law to help with any future recovery, though — for example, to help Greek governments crack down on fraudulent tax returns.

[This post originally appeared on the Business Analytics Blog]