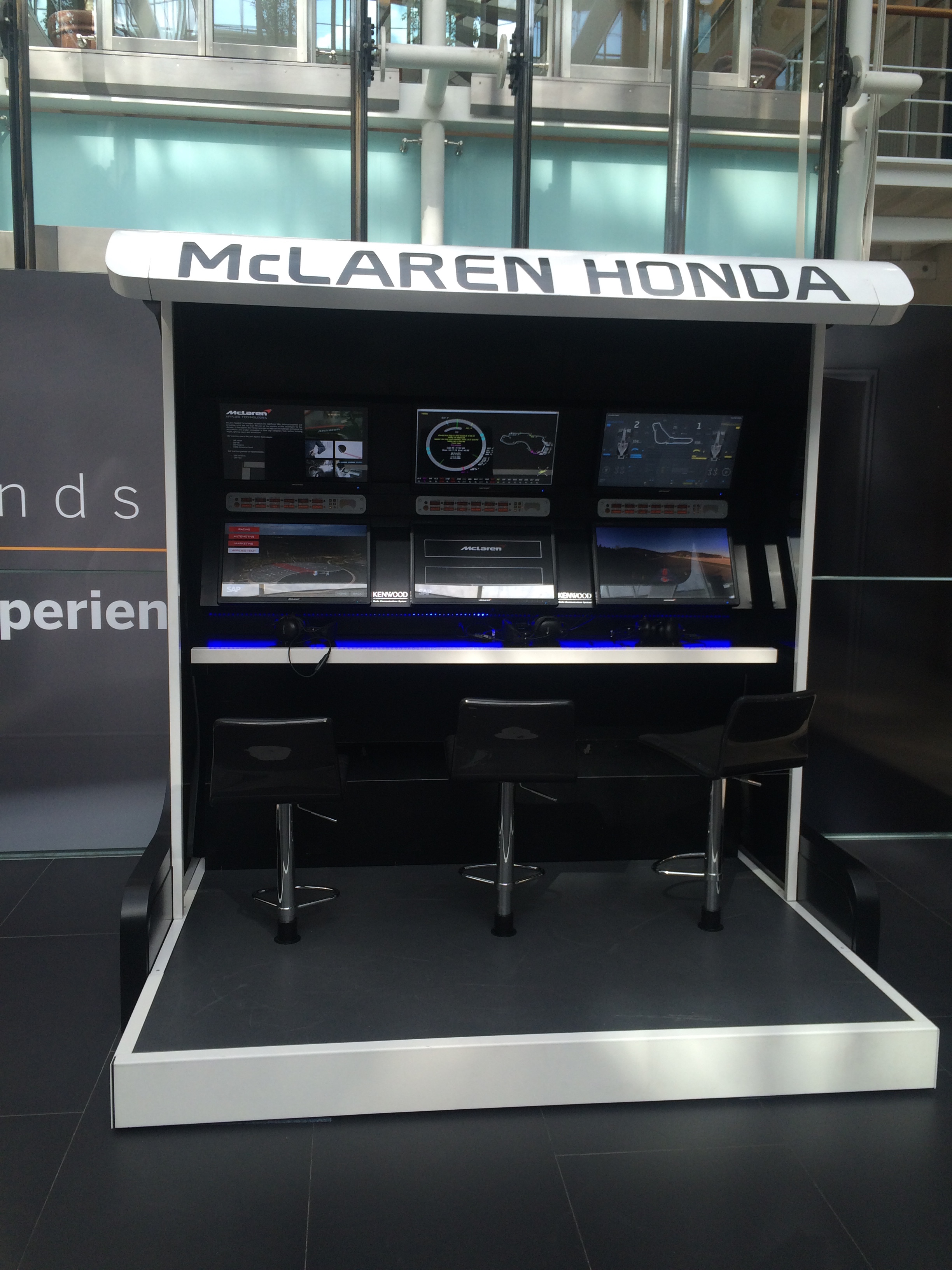 We recently saw the installation of a McLaren pitlane dashboard at SAP in Feltham. Which reminded me of what McLaren have achieved with using real-time data. There’s a big difference between good vision and good eyesight. Just ask, er, any racing driver. If you’re travelling at 240 mph, you never look where you don’t want to go (you barely have the time to look where you do want to go), rather instead you look at the line you want the car to follow. This ability to look forward, anticipate what will happen, adapt to changing conditions, as well as look back to gain insights from the past is just as important as engine performance.

If you’re a Formula1 fan, you’ll no doubt be following the F1 British Grand Prix this weekend. Drivers describe the Silverstone track as “insanely fast”. One of our tasks at SAP is to ensure the McLaren team are able to make informed decisions at the same blistering speeds. With HANA, McLaren is now processing complex trackside data 14,000 times faster. What would previously have taken an entire week can now be done in the time of a single pit stop with dashboard readings on critical areas of performance.

As any F1 driver will attest, it’s the entire team that wins championships. McLaren’s latest F1 car was created by 450 designers and engineers and requires 80 personnel just to race it. Whilst clever driving is important, success on the track also needs data to accelerate analysis. That’s where the cool F1 gadgetry comes in. One hundred and fifty sensors monitor car and driver performance and track vital statistics, including engine performance, tyre health, brake wear, and driver biometrics.

This means McLaren is now able collect and transmit two gigabytes of data in just one lap, and three terabytes in a single race. (It makes my morning commute look quite dull). Gathering huge amounts of data and analysing it live in seconds is a massive and complex task that’s quite simply been made simple. And because the data is delivered simply and clearly, it is directly applied to race strategy to maximise performance mid-race to direct the driver, monitor potential mechanical problems, improve efficiency on subsequent laps, as well as shape racing tactics for future races.

And even while the car is screaming around the track at hundreds of miles per hour, the team can compare 10 years of historical data compressed in real time race feed and in real time calculation to make confident predictions and faster, more informed decisions in just a matter of seconds. With that kind of analytical power, there’s quite a lot you can see at 240 mph.

One of the things I like about this example is that shows how technology can capture, analyse and simplify huge, disparate amounts of data in split seconds to directly impact outcomes in such a high pressure environment. Everything at McLaren is geared for success. In fact, they are running SAP not just on the track but across their entire Group from ERP finance, to purchasing, to sales and processing.  Technology is playing a huge role in pursuing their singular goal of success in cockpits, in design rooms and in their business offices through analytics, in-memory computing, and the cloud.

Earlier this year, the company changed its name to the McLaren Technology Group, reflecting its desire to apply their innovation to other industries such as oil and gas, healthcare, pharmaceuticals, aviation and financial services. Speed, agility and simplifying complexity are more than just racing tactics for McLaren. They’re part of the entire business ethos. See more here:  Run Simple