I have described the steps for loading Hierarchy from CSV to BW using BODS.

The Structure of the CSV file will be as shown below :

Plant is the Leaf nodes for which we are going to load the Hierarchy.  Also we need to have the text for each element which will be another CSV as below. 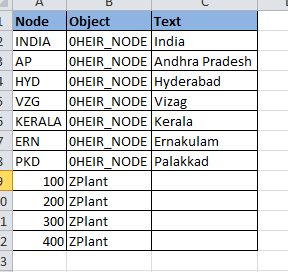 The object in the above text file structure will represent the info Object names in BW. 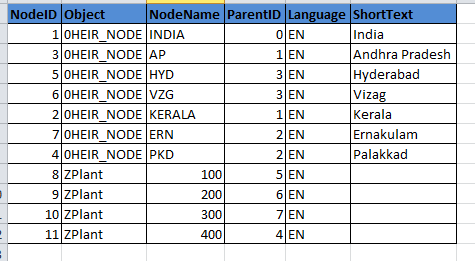 The overall job will look like below with 3 dataflow objects each performing a different role.

Query : (Remove the blanks value with updating the previous value)

The first Column country and state has blank values as shown above so we need to repeat the value till a new value in the column has encountered like in case of State AP should be repeated twice till new value KERALA has occurred in the data.

We do this using a custom function

Then in order to get all the nodes in one single column we split the Query into four others Query Transforms as Country, State, City and Plant as shown in the data flow screenshot and also add a group number to each query transform to arrange the nodes in sequence.

Then perform a merge of all the individual transforms mentioned above to get all the values in a single column.

The output of NodeID will look like below and save this in a table Master. 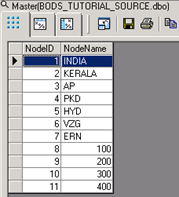 To get the Parent Child relation between the node we have another flow from Query which is split into 3 other transforms as Parent_child relation transforms like Country_state, State_city and City_plant.

The main purpose of these transforms is to generate the parent ID for each node of the File. 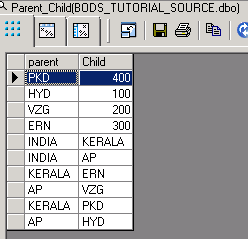 Save the output in another table like Parent_child as shown above.

This data flow works on retrieving the NodeID for parent nodes in the Parent_child table with lookup from Master table. 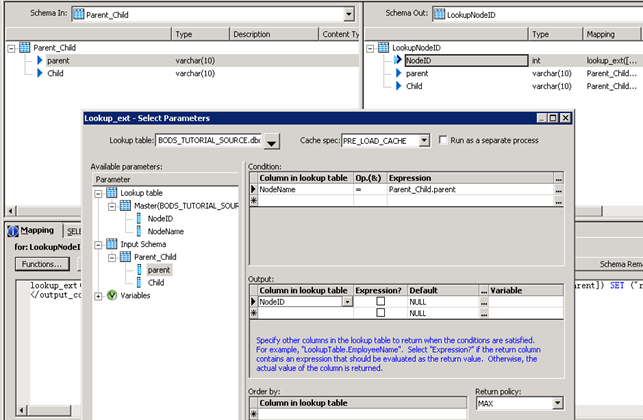 We perform a lookup into master table referring the Parent Node with the NodeName of master the get the NodeId from the master table as shown in above screenshot using Lookup_ext(). 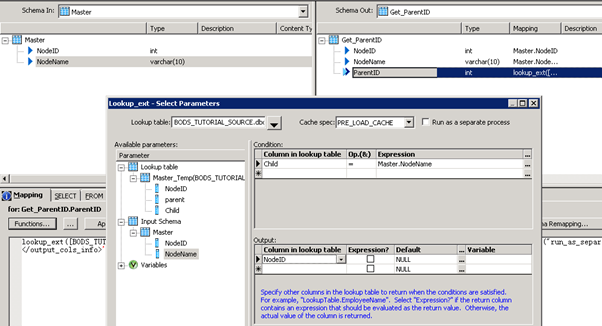 To set to “0” we use this query transform.

We create the NodeID for the text item coming from the text CSV with reference to Master table and get the node , object name and text from the file.

The below two sets are joined 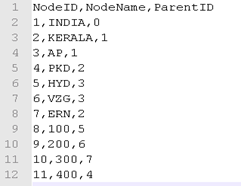 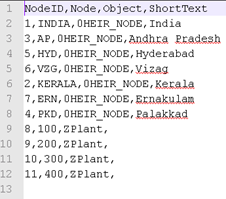 The final output that we get is as below:

This can be mapped to the BW data source and loaded to BW.