An Insight into Exception Handling – 1

In this series, we look at the various factors that need to be considered when using class-based exceptions. The series is not an introduction to class-based exceptions. It assumes that the reader is familiar with the basics and has used class-based exceptions before. The intention of this series is to provide our own insights which would hopefully help the programming community make more informed choices with regards to exception handling. However, it should be pointed out that the content of this blog has also been influenced by various other blogs/articles written by other developers on this topic. Some of those have been listed below: –

The following are the various topics that we’ll look at in this blog series: –

In this blog, we’ll look at first topic – Why do we raise exceptions?

The principles of exception handling have been explained using the following ‘Library’ example: –

The library is a part of a university and has books which are available on loan to its members.
All students of the university are, however, not its members. Students need to be registered as members in the library before they can loan books. 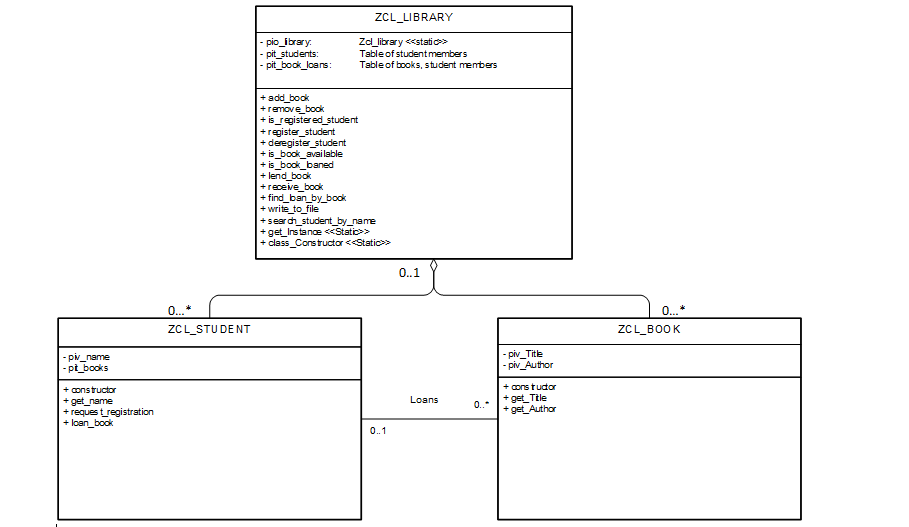 Why do we throw exceptions?

All program units (method/FM) generate outputs. By, outputs we are not only referring to the exporting and changing parameters of the program units, but also referring to any target (file, internal table, database table…etc.,) that the processed data could be written into.

The output has a domain i.e.., a list of possible values which indicate the result of execution of the program unit. If during the execution of the method/FM, a state is reached which cannot be adequately described by any value in the output domain, and as a result of which further execution cannot continue, we know that we have encountered an exceptional state. And, throwing an exception would be a good idea at this point.

This can be illustrated by an example program depicted by the following sequence diagram. Please note that some details have been omitted out for the sake of brevity: – 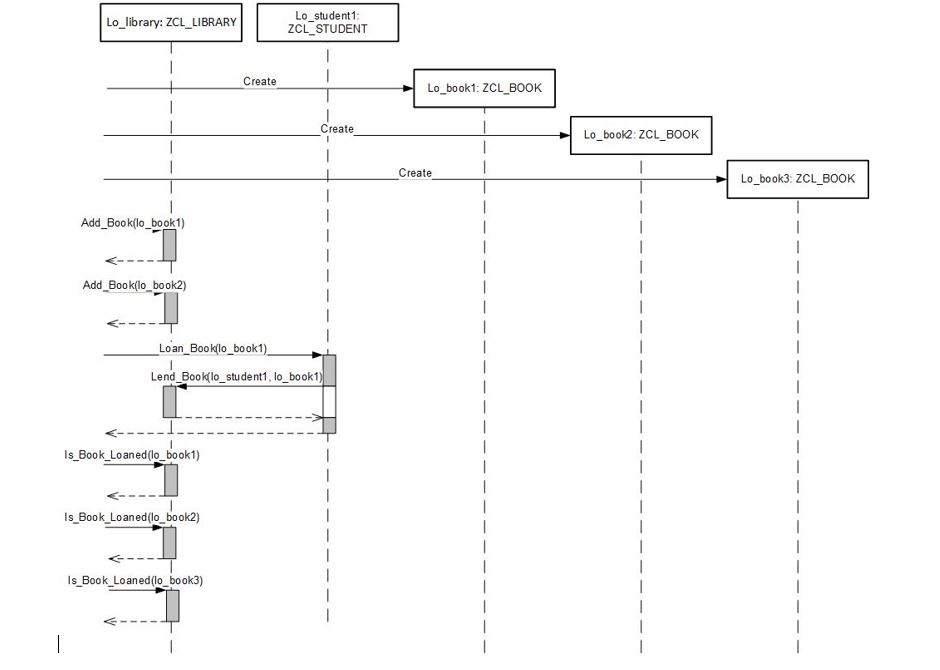 IF lwa_book_loan–student IS NOT INITIAL.

Exception handling has also been introduced at the points where the IS_BOOK_LOANED method was called for books lo_book1 (Catcher in the Rye)
and lo_book2 (The Kite Runner). Those code-snippets have not been included here for the sake of brevity.

The result of program execution after code changes is as follows: –
Catcher in the Rye  has already been loaned-out
The Kite Runner  is available to be loaned out
A Thousand Splendid Suns  is not available in the library