Greetings for the day.

Here I would like to show up some exclusive and real time analysis on Non Communicable Diseases. The analysis and the story is based upon the data extracted from WHO’s website that shares lots of datasets and information as open source and visualizations has been developed using SAP LUMIRA Personal Edition.

I would hereby share this story and factuals in the section ‘Health and Social Impact Alliance’ of the Data Genius Contest 2015.

So Here we go…

What is Non Communicable Disease (NCD) ?

Non-communicable disease (NCD) is a medical condition or disease that is non-infectious or non-transmissible. NCDs can refer to chronic diseases which last for long periods of time and progress slowly. Sometimes, NCDs result in rapid deaths such as seen in certain diseases such as autoimmune diseases, heart diseases, stroke, cancers, diabetes, chronic kidney disease, osteoporosis, Alzheimer’s disease,cataracts, and others. 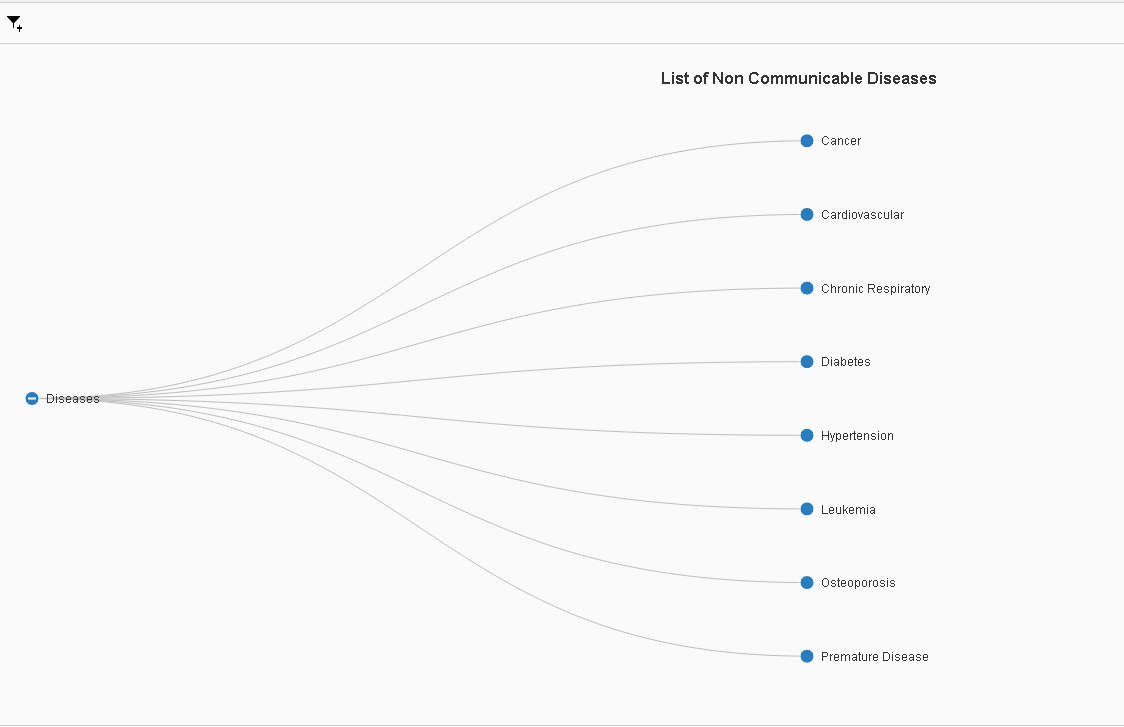 Causes and Risk Factors of NCDs:

Risk factors such as a person’s background; lifestyle and environment are known to increase the likelihood of certain non-communicable diseases. They include age, gender, genetics, exposure to air pollution, and behaviors such as smoking, unhealthy diet and physical inactivity which can lead to hypertension and obesity, in turn leading to increased risk of many NCDs. Most NCDs are considered preventable because they are caused by modifiable risk factors. 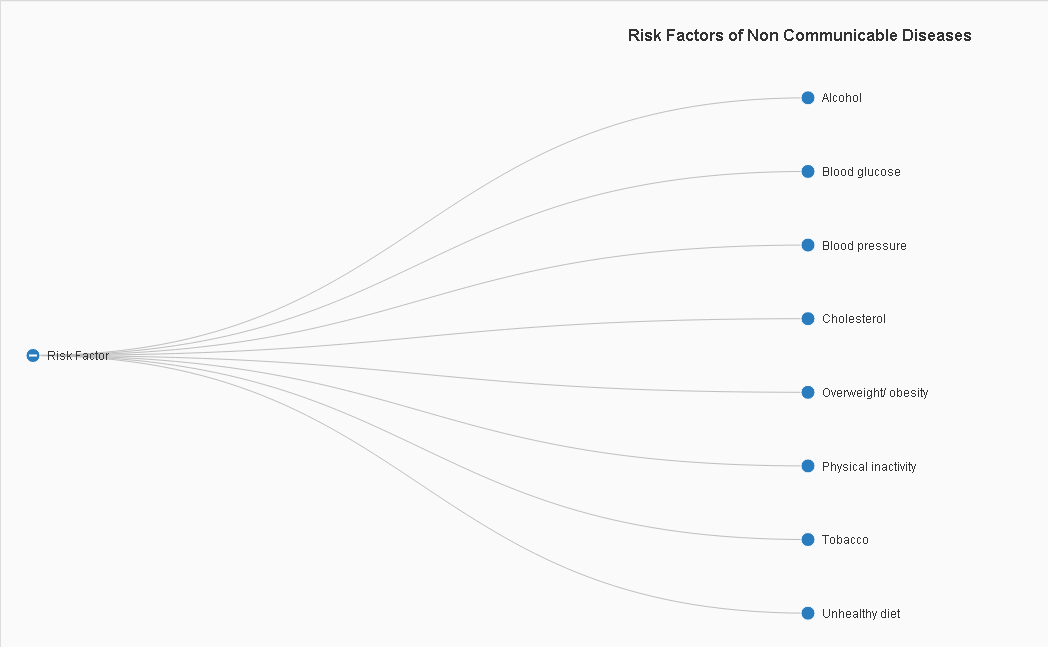 We can see a geographical analysis in the below visualization of how the NCD death rate has been spread across the globe.

Visualizations and Analysis of Risk Factors prevalence in Countries :

a.] Top 20 Countries with very high Average Daily intake in Grams of Alcohol

The World Health Organization is the specialized agency of the United Nations (UN) that acts as coordinating authority on international public health issues, including NCDs. In May 2008, the 193 Member States of the WHO approved a six-year plan to address non-communicable diseases, especially the rapidly increasing burden in low- and middle-income countries.

Also refering to further more data sets available with WHO, we as Analysts can do in depth analysis of NCD Tests, Measures, Preventions and Procedures so as to make the world be aware of that.

By this analysis, I as an Individual is now able to see which part of world is really facing serious problems with the increasing Mortality Rates and Prevalence of NCDs. As a part of WHO org., one can go through this visualizations which is the new face of already existing data and can act accordingly and can take measures in a right direction.

Thanks from bottom my heart to read this short story about NCD.

Thanks Sateesh for kind words !

Thanks for sharing your insights. I am thinking though if the usage of the funnel chart would be the best fit for the last chart? This chart should show numbers at particular stages of some process, while I do not think (at least hope 😉 ) it is not the way raised blood preassure is flowing through continents.

Thanks for sharing your thoughts, well, the Data Labels(numbers) are limited to be shown through moving the cursor only; on the areas of funnel chart.

As I was more emphasizing on the Ranking, thought of showing it through funnel in a descending manner, not a good option though. I agree with you 🙂

It is really great post. Thank you for the same.

Btw, I have very silly question - As I don't know whom to ask, I am just asking you. Please don't mind.

Is there any simple and elegant way to upload the stories/visualizations to blog post. Sorry to ask this question - But hope you don't mind to educate me on this so that I will also make an attempt of posting the blogs.

Thanks and Best Regards

You can take screen capture (PrintScreen or Window+S) of your visualizations, save as .png or .jpeg using MS Paint and upload those image files over here in your blog. That will for sure work.