How to Improve Supplier Collaboration

Established in 1976, EDP (Electricity of Portugal) was the result of a merger of 13 Portuguese electricity companies. In Brazil, the company arrived in 1996, with the acquisition of a minority stake in Cerj, now known as Ampla. Twelve years later, EDP has a presence in seven Brazilian states, generating and distributing electricity, including renewable sources. Currently, the company has approximately 2,500 employees and 2.7 million customers in Brazil.

In addition to other solutions they are using, including IS-U, EDP Brazil is improving their supplier collaboration with the SAP Supply Network Collaboration (SNC) solution. 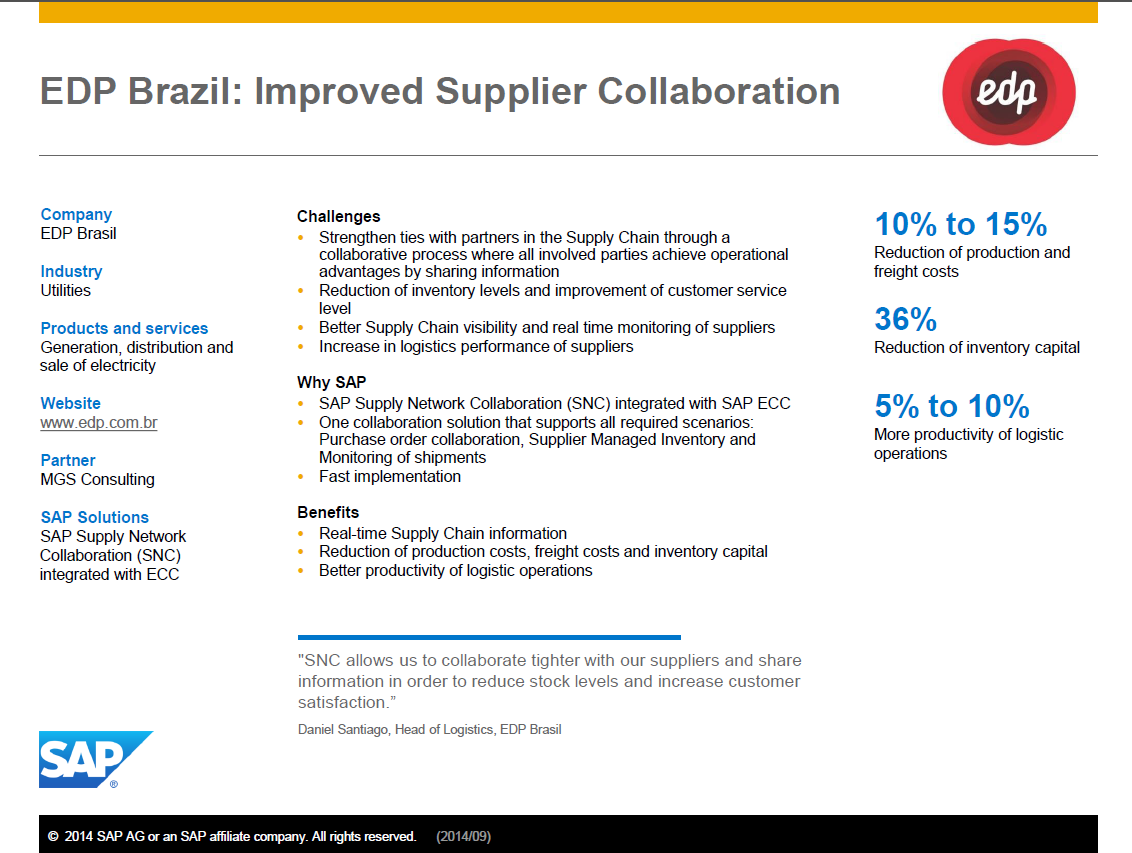 Thanks for the post ! These KPI's are very useful to understand the importance of SNC