A Day at the SF Pride Parade. Powered by SAP.

What a day! Hundreds of thousands of people lined Market Street in San Francisco on Sunday to watch and cheer the Pride Parade. Last year, I was one of them, watching and waving at the rainbow-colored floats, but this year I was the one being cheered at! Yes, I was lucky enough to be part of one of the 240 groups that walked the parade route, joining over 200 of my colleagues with the official SAP float, led by our Chief Learning Officer, Jenny Dearborn. 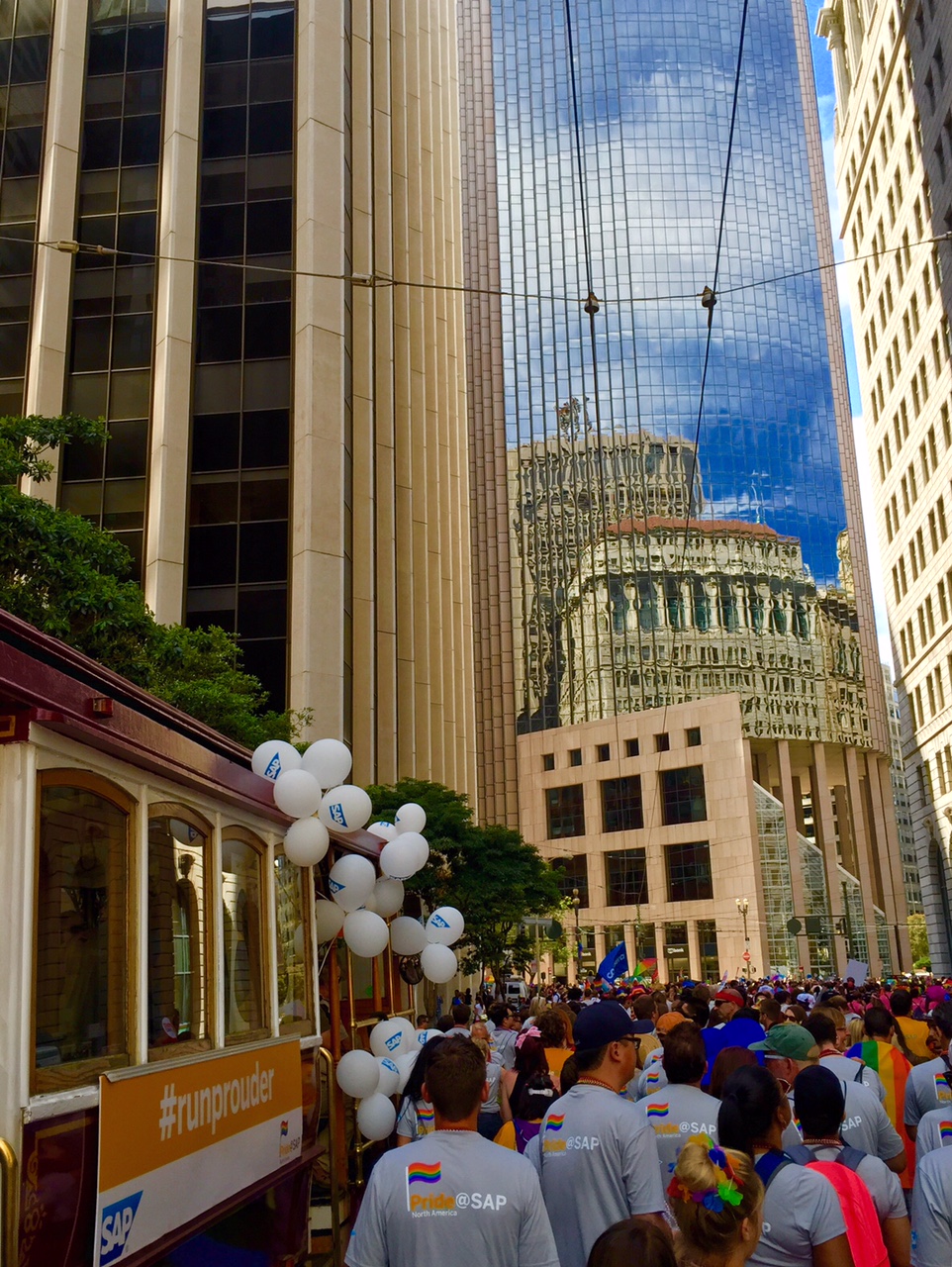 This year was a cause for celebration. It was already going to be a big party, as always, and the historic Supreme Court decision definitely put everybody in a celebratory state of mind. Although it took few hours for our group to start moving, the whole day was simply an amazing experience for my friends, colleagues and myself. There were LGBT people and supporters of all generations, families with babies, groups of friends of all ages and races. On a day like yesterday, I was thinking of all the people who fought for LGTB rights and for equality, and those who couldn’t live long enough to see those positive changes impact society, our communities and our companies. The battle for more equality and diversity isn’t over of course, but most of the people now realize that diversity makes us better, including in the workplace.

The SAP contingent was a wonderful example of that diversity on Sunday, and, not surprisingly for a global company as ours, you could hear people talking and singing in many different languages. SAP Academy was well represented, with a group of Pre-Sales Associates joining us and enjoying the party very much.

The organizers did an amazing job, and our DJ was awesome, managing to keep everybody in a perfect party mood, all of us dancing and cheering most of the day, and in particular, when we started moving, joining a seemingly endless stream of other groups.

In the days prior to the parade, I’ve been touched by the massive support received from my friends and SAP colleagues, many of them expressing it on Facebook, Linkedin and Twitter, and, on Sunday, my favorite straight colleagues, below, joined the parade to celebrate equality and diversity with me. Thanks guys! 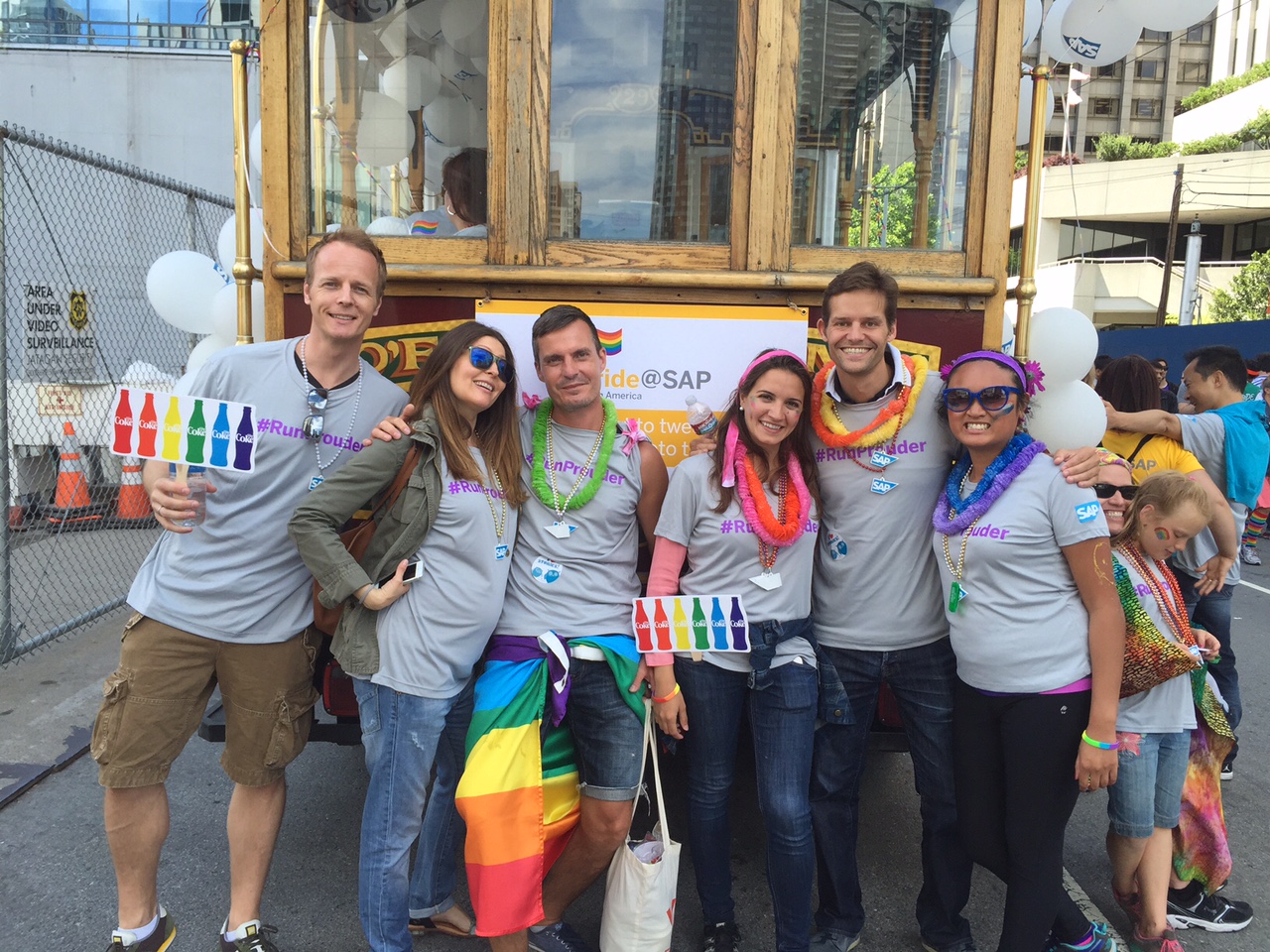 We’re all very proud to work with a company that celebrates and promotes diversity. On Sunday, we were even prouder!

So great to have you there Fred! Was happy to #RunProuder with you in the parade with SAPsv this year!

Thanks Lauren! Congrats for a great organization and thanks again for an awesome day.

Great writeup! It's awesome watching the parade, but it's really something else being IN it! we have much to be proud of indeed. Thanks for joining and sharing this!

Thanks Moya! Thanks for organizing such an inspiring event!

Great post. I am glad you shared the story, I wish I was also there. =)

Thanks Narchos, it was really awesome!

Fred - thank you for the write up on the parade. Next year, I will be there with you!