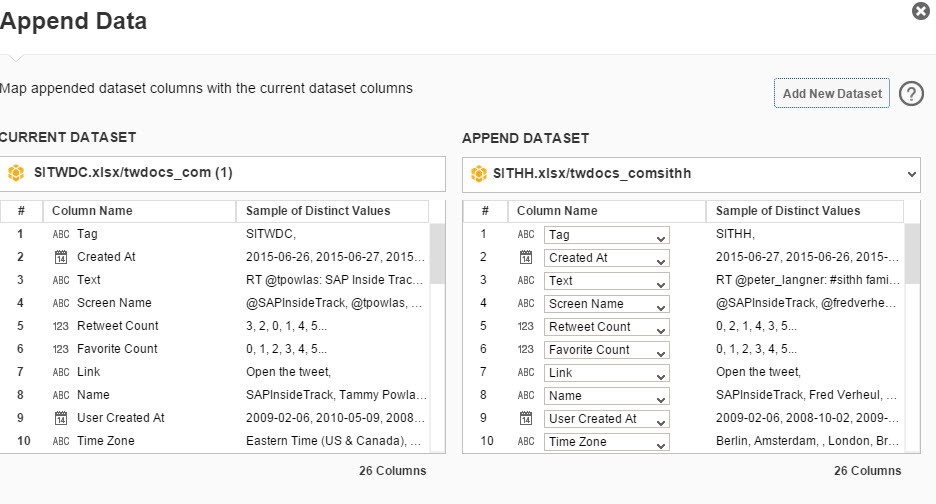 I always try first the related visualizations in Lumira, to see what it will suggest.

Above shows the related visualizations that Lumira suggests.  You can do this by measure too. 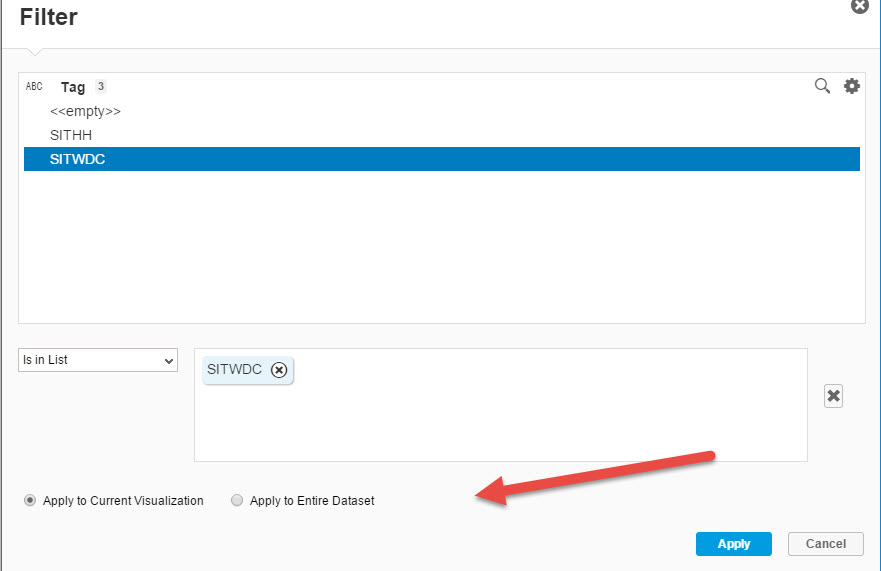 With Filtering in 1.27, I can apply to current visualization or entire dataset. 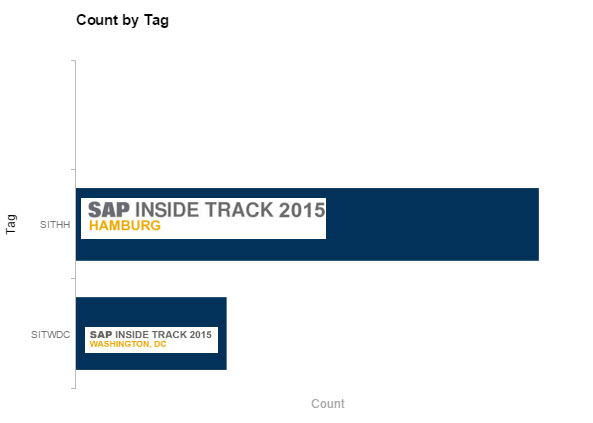 So SAP Inside Track Hamburg had the most tweets compared to DC. 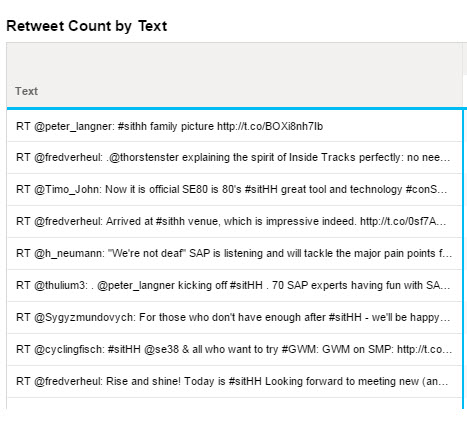 What were some popular retweets in Hamburg?  This family picture by Peter Langner was the most popular:

This one was the top retweeted tweet for DC:

So what was the top twitter client used at both events? 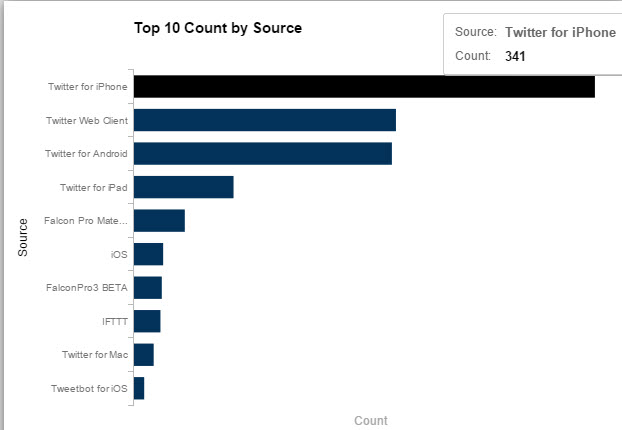 Twitter Client for the iPhone was the top client used at both events as the above screen shows. 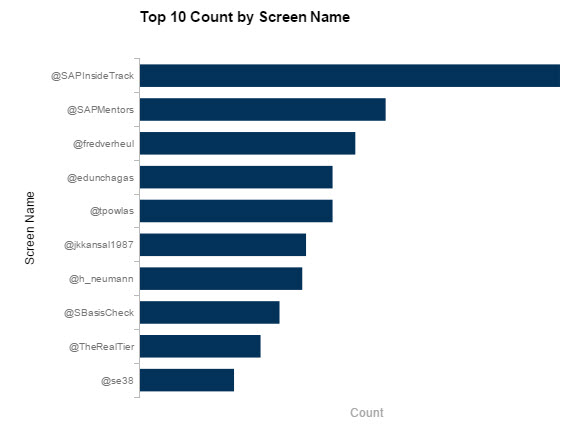 For more upcoming SAP Inside Tracks, see this wiki.  More analysis to come, when I have time.