There’s obviously no shortage of stories highlighting data security breaches and government agencies overstepping bounds when it comes to data privacy. Thankfully, the recent event, “Building the Big Data Economy: How Data Innovation Is Driving Performance” hosted by Bloomberg Government and SAP in the heart of Washington, D.C., took a much-needed break from data privacy hysteria. Sure, data privacy concerns and tactics were openly discussed, but it became abundantly clear the distinguished set of panellists were more interested in sharing data-driven best practices that build positive cultural change and ultimately drive business benefits. 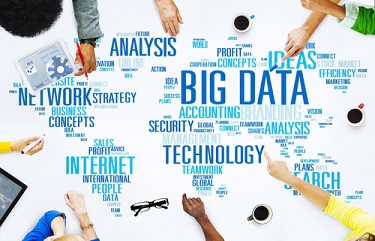 Opening data to the masses

“At the time it seemed like such a foreign concept, to take data that belongs to the government and make it available to the public,” said Conrad. “It wasn’t clear what would happen to it, if there were privacy and security risks. There was a lot of skepticism about all of the bad things that could happen.”

When Data.gov launched in 2009 there were only 47 data sets available. Today, that number sits at more than 130,000 with 8 million page views annually.

“Open data is now baked into the fabric of government,” said Conrad. “With our colleagues across government and partners in the private sector, we’ve led a revolution in thinking about the value of data and the importance it plays in driving economic growth and innovation.”

Mark Doms, Under Secretary of Commerce for Economic Affairs, U.S. Department of Commerce oversees data that deals with income distribution and unemployment, one of the layers included in the Baltimore riots mapping exercise.

“Immediately, people were able to add other layers: criminal activity, housing and school quality,” said Doms. “Very quickly we were able to get a good picture of what was happening within these neighborhoods.Ten years ago, that would have been a very hard exercise to do. Here it happened instantaneously.”

So how does one replicate some of aforementioned big data benefits? Getting exectuive and mid-level management on board helps, according to Sara Marshall, Director of Business Intelligence and Analytics, Office of Management and Budget, State of Indiana. Once the agency leadership is on board, Marshall said it’s duly important to loop in mid-level management.

“They are absolutely necessary to build excitement and that’s what spurred the cultural change for us,” she said.

Marshall said building the right platform was the next step in her state’s big data journey.

“Our platform is SAP HANA and it really powers everything that we do.”

To get the ball rolling on the SAP HANA platform, Marshall chose a project that everyone in her department could rally around: Infant Mortality.

“Everyone can get behind saving babies,” said Marshall. “Agencies get excited when they know they can play an active role in saving lives.”

A Key Performance Indicator Project helped automate the Infant Mortality metrics which also allowed Indiana agencies to avoid becoming “data collectors” and empowered them to focus on more actionable items that could make a difference.

“It’s where you’re going to succeed or fail when doing any type of data-driven initiative,” he said.

The City of Boston found its cultural change mojo within the buildings permit process. When Franklin-Hodge requested to do performance meetings to gauge the time it takes to get permits approved, the only thing he got in return was laughter.

“Eventually we got the team to understand that a performance-oriented approach to their work could help them deliver better services and provide better tools for them. Handheld devices for inspectors reduced the amount of paperwork and data tools for the managers allowed them to see what their workforce was doing.”

Once Franklin-Hodge and his team were able to frame the mission people have and sense of responsibility they feel for it, the path to buy-in became much easier.

“It’s still hard work because you have to interact person by person, department by department. There’s no magic button that suddenly turns everyone into a data geek,” he said.

Internet of Things Gets Real in Washington, D.C.