The Internet of Things is fundamentally changing multiple business industries, including the Insurance Industry. The more businesses are connected to their customers, the more opportunities there are to provide their customers with services. Big insurance companies are taking advantage of the connected car with pay-as-you-go driving (people who drive carefully get a discount).

So why not take advantage of the connected house? People already have things like security systems, smoke detectors, and water sensors installed in their homes. With these new systems people can access their homes through the internet to control temperature, lights, and appliances. They can see what is going on in their homes 24/7. The next step is to implement pay-as-you-go living.

We developed a small connected house prototype that takes advantage of the Internet of Things. This “IoT House” prototype connects to the HANA Cloud Platform where analytics is done. This video briefly describes the scenario. 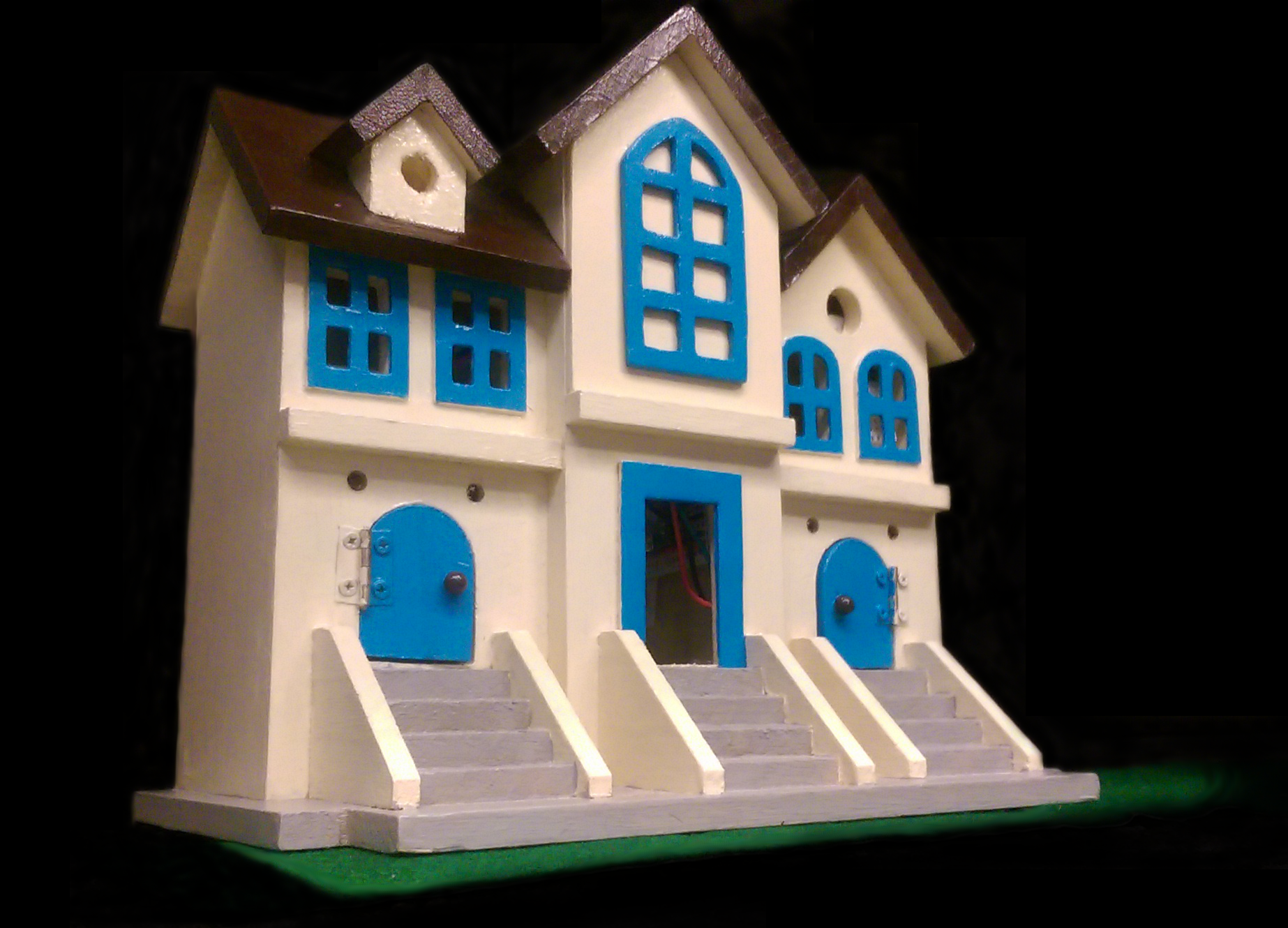 The IoT House is a simple prototype that is easily demo-able. The built-in sensors (e.g. for light, open door, and water) are connected to an Arduino micro controller which sends the sensored data through a Bluetooth Low Energy (BLE) device. A smartphone then connects to the BLE device and acts as a router for the house. The smartphone sends the data collected from the house to the Hana Cloud Platform where more analysis can be done. We use a phone so the person demoing the house does not need to go through the long process finding an internet connection for the house. Instead, everything is up and running within minutes. 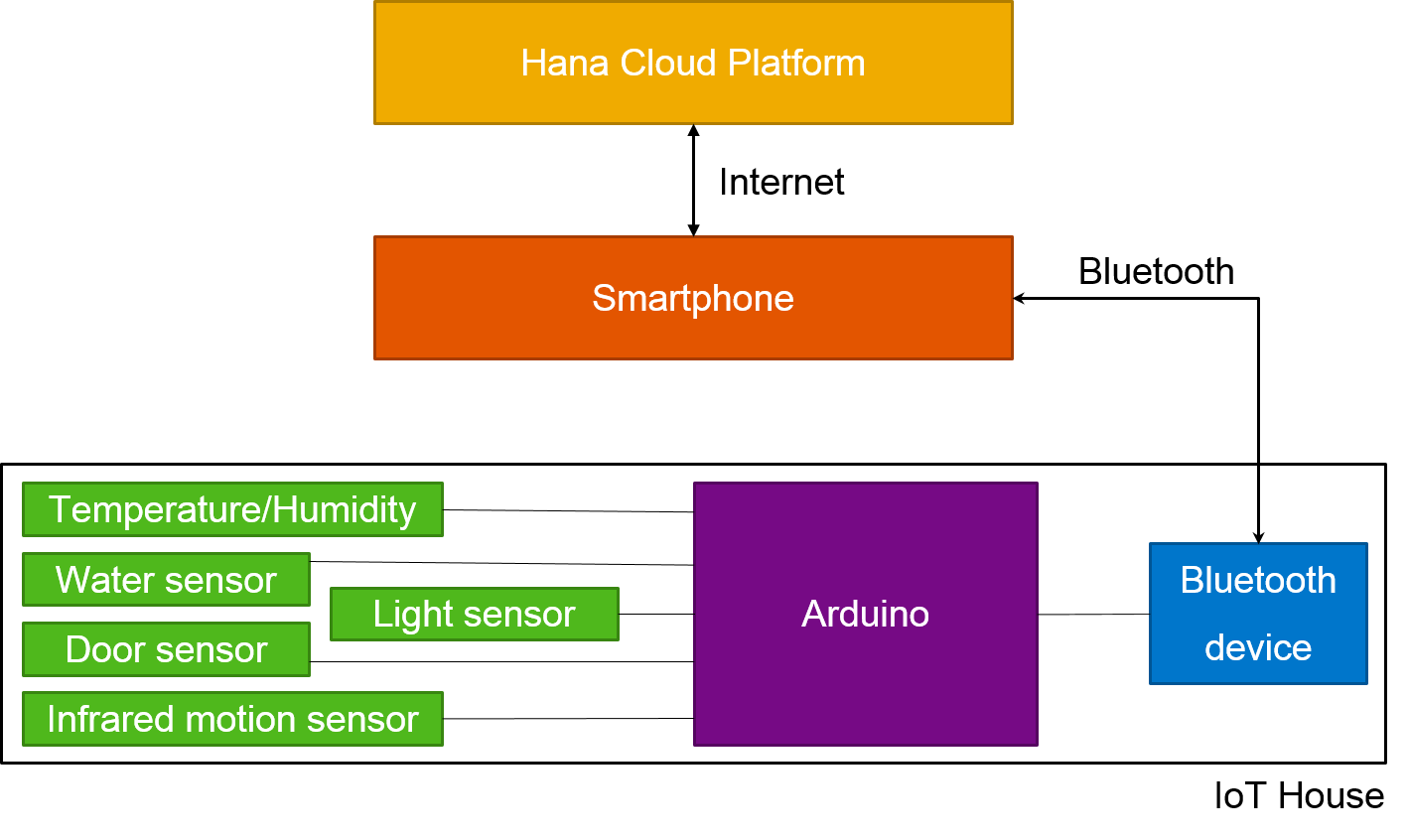 We found a small bird house that we thought was perfect for demos. It is small and can easily be placed in a suitcase for traveling. After much deliberation we decided on using 5 main sensors: a water sensor, a temperature and humidity sensor, a magnetic door switch, an infrared motion sensor, and a light sensor. We also added a few extra “output” elements like LED lights, a buzzer for sound, and an optional OLED screen. These allow the user to fully experience what is going on inside of the house. 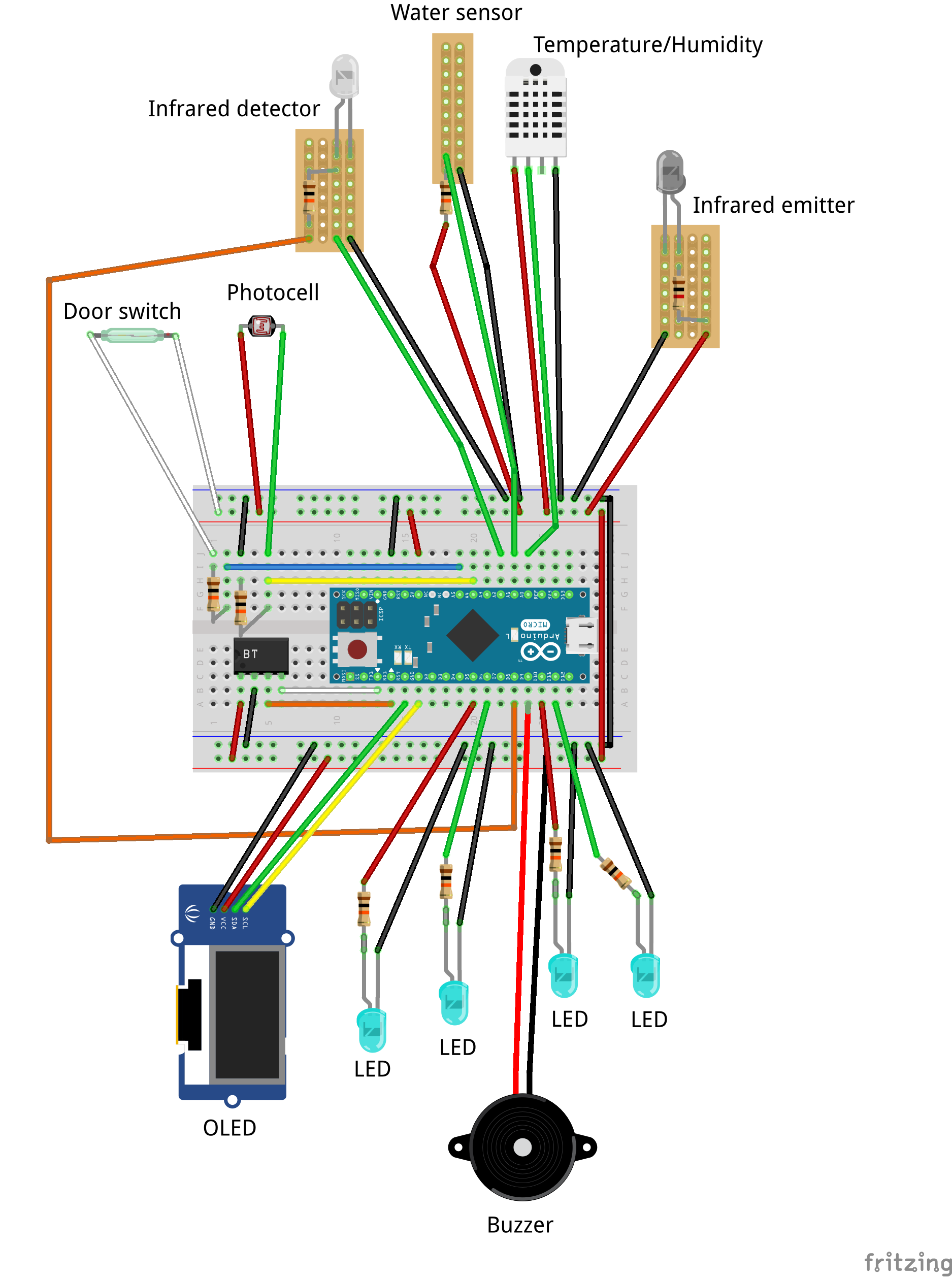 We used an Arduino Micro as the main “processor” and a Bluetooth Low Energy (BLE) device to send data to a smart phone. After soldering all of the wires to the PCB board we secured the board and sensors to the house. We learned the hard way that it is better to make the sensors easily removable in case changes have to be made at a later stage. 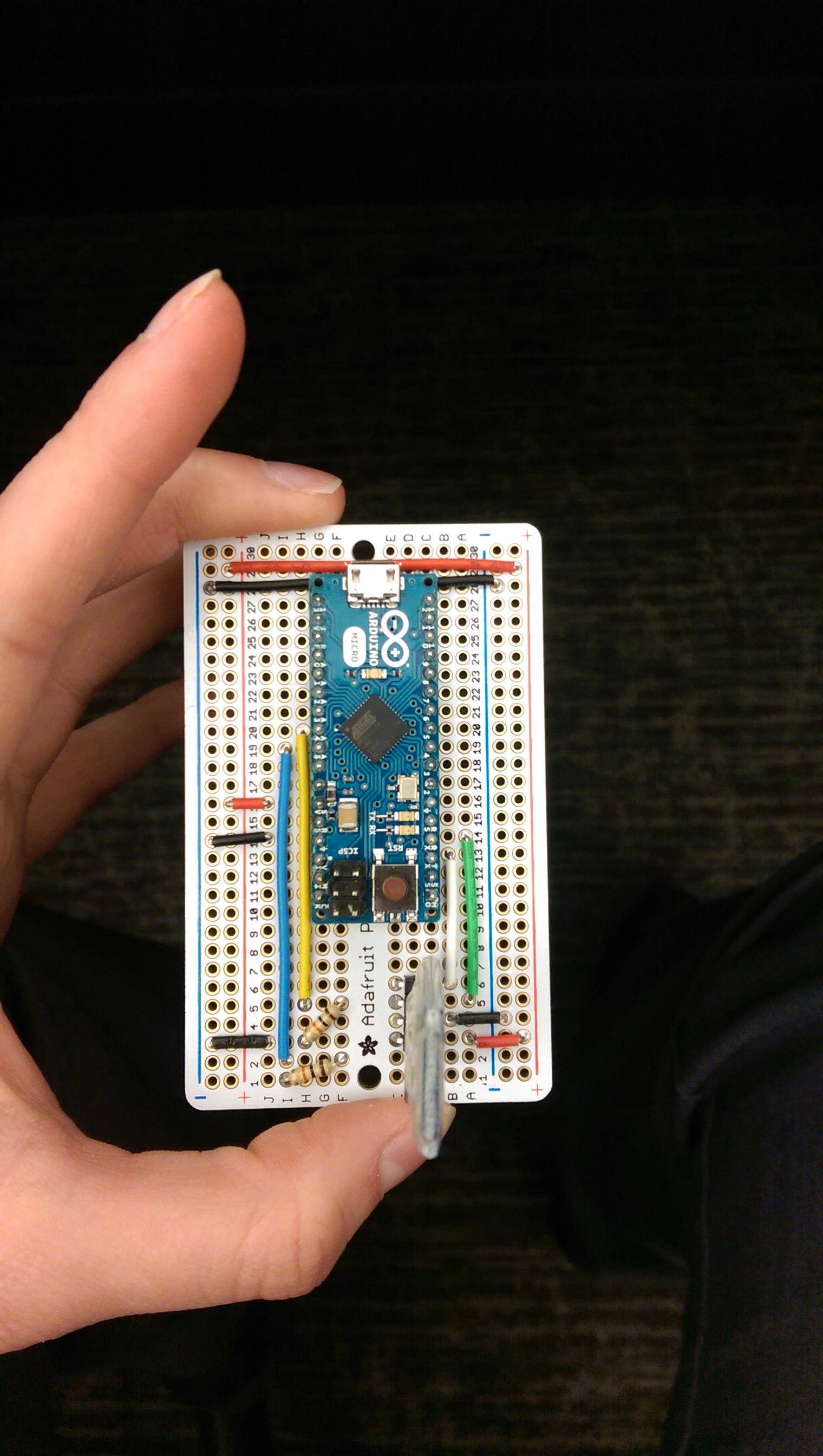 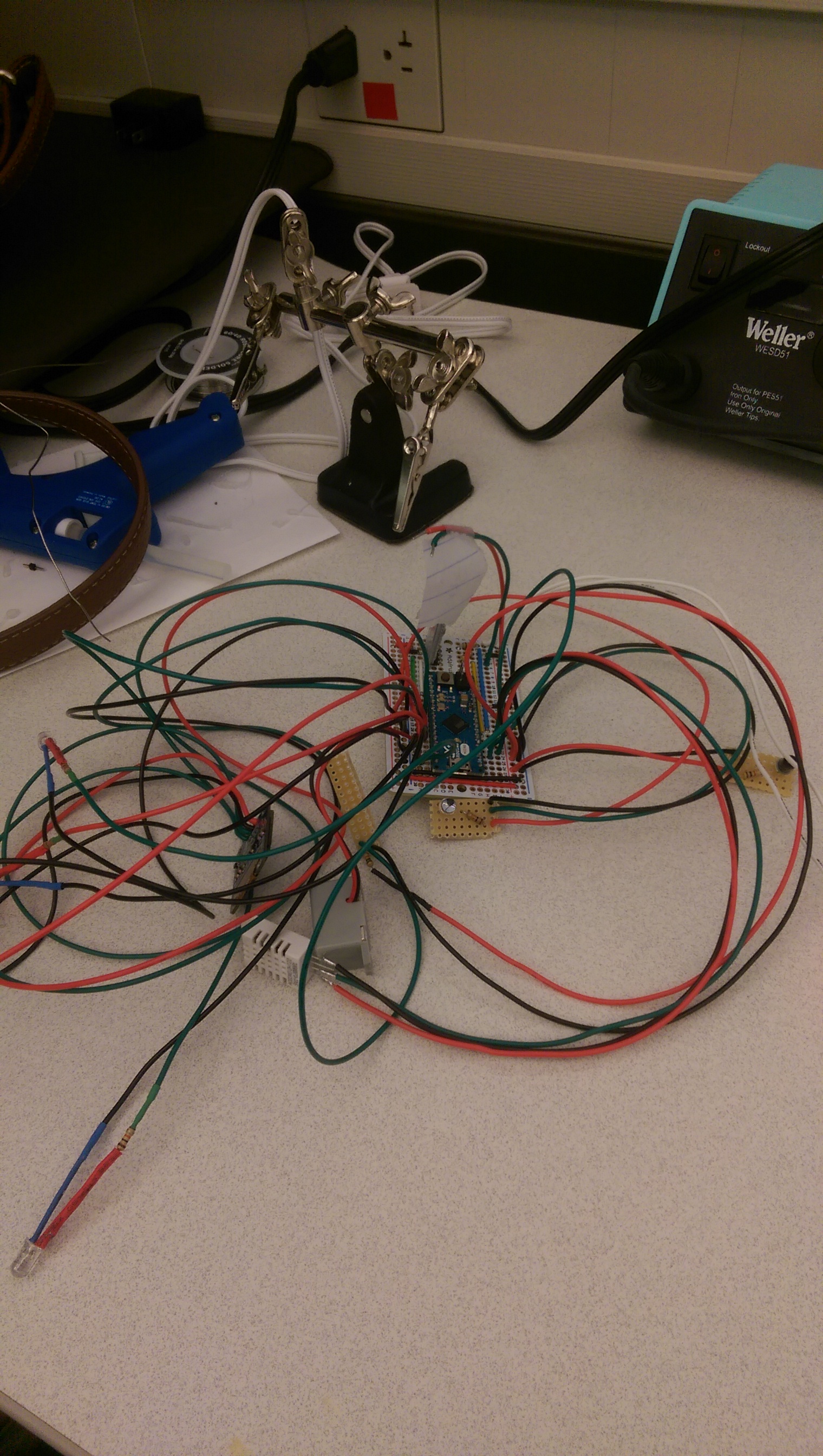 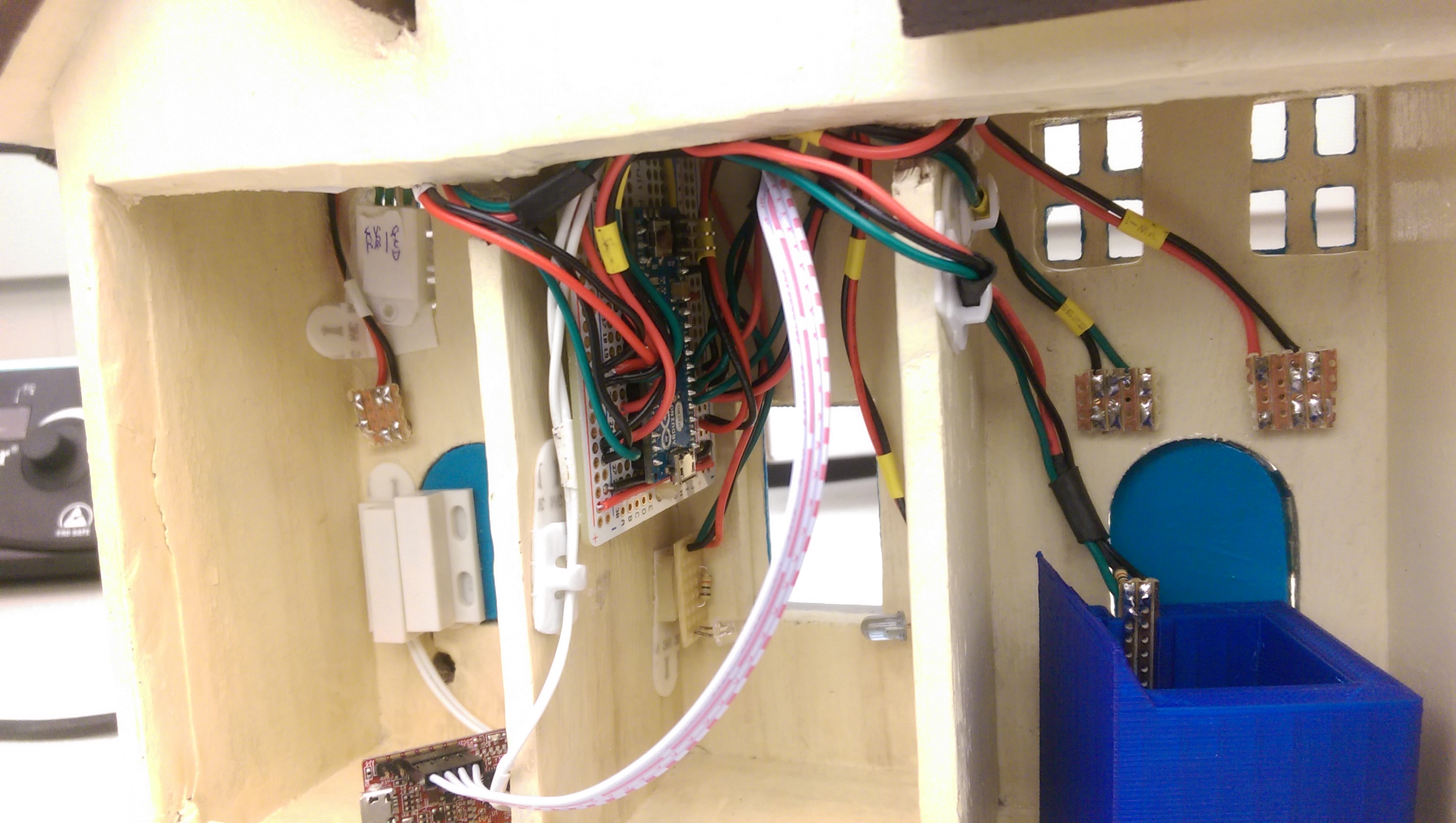 Similar to this blog, we created a java persistence app running on the Hana Cloud Platform that receives data from the IoT house. We placed this data in a HANA XS database. We then created OData services in order to access the data in a UI5 app. Since we have multiple sensors in the house we allowed for multiple readings to be received at once.

A smart phone is used as a router for the IoT house. The phone app that we created also alerts the user of something going wrong in the house. For example: If the front door is open when it shouldn’t be or if there is a water leak in the laundry room. It keeps track of all of the alerts that happen and allows you to create insurance claims for the damage in your house based on the data collected from the system.

Bringing it all together in UI5

Finally we brought everything together in a UI5 application. This application shows what is going on in the house in real time and it can be accessed from anywhere in the world (as long as there is an internet connection). The colors on the app change from calming blue and green colors to an angry red color when something bad happens in the house. 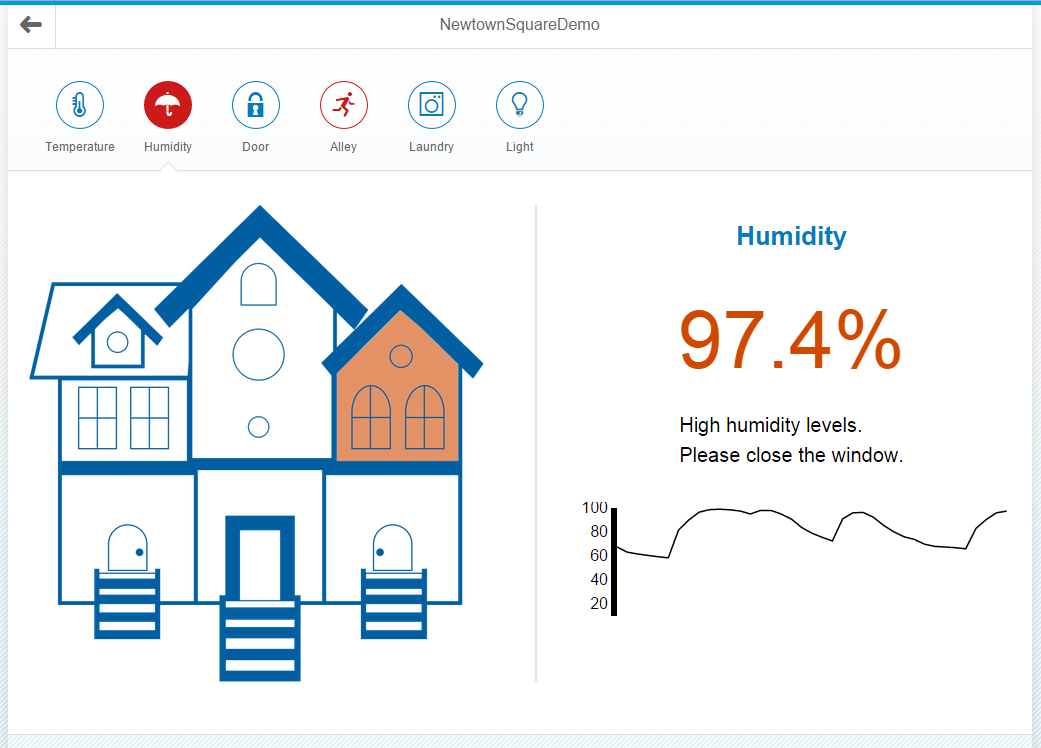 It also calls a service that uses HANA’s Predictive Analysis Library to forecast the average temperature in the house. Based on this, it calculates whether or not the air-conditioner will fail and how soon it will fail. There is a potential for insurance companies to look at this predicted data and proactively send a partnering maintenance company to their insured customer to fix the air-conditioner before it fails. 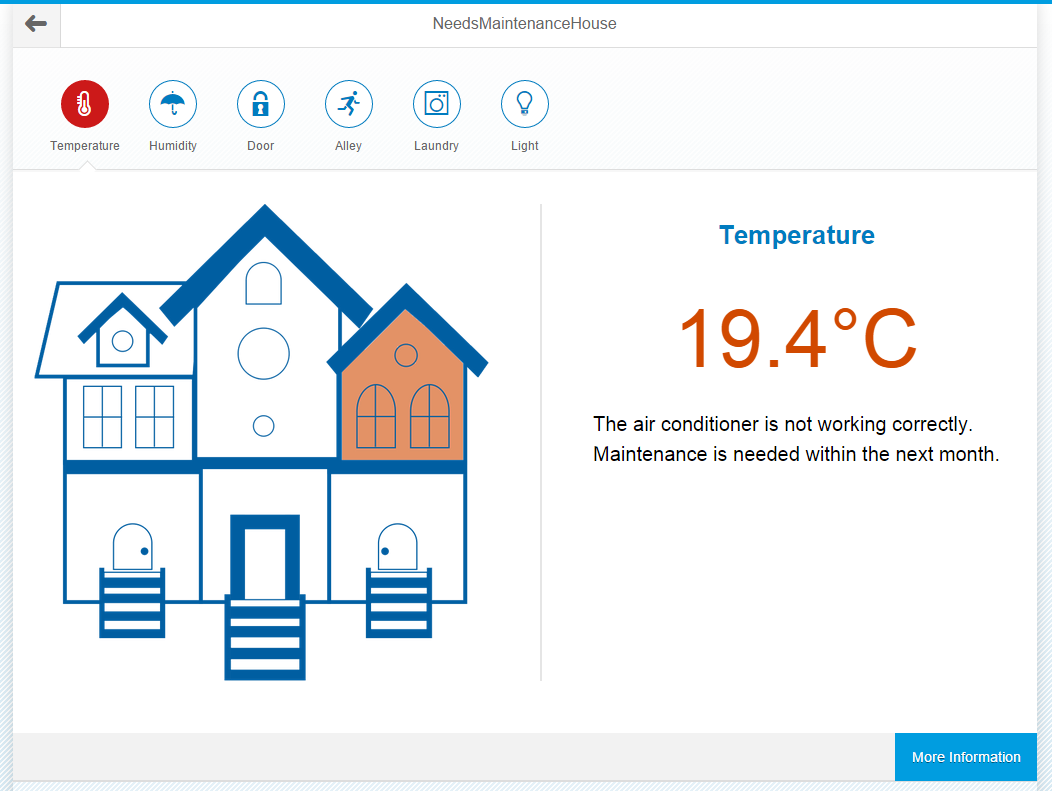 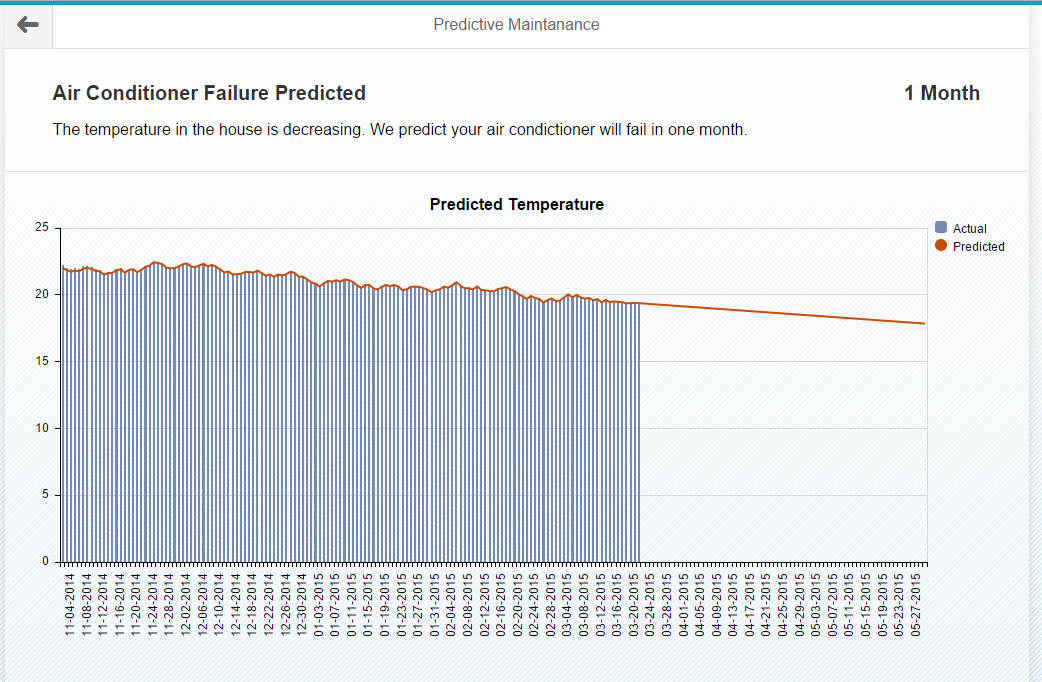 This is awesome! What’s next?

Overall we have gotten positive feedback about this scenario. There is potential in the future to extend the scenario to a commercial setting. Once we have more real-world data collected from various houses there will more opportunities to do additional data analysis. We could potentially do something similar to what was done with pay-as-you-go driving, and figure out which houses pose more of a risk. The Internet of Things is growing significantly which means compelling advancement for the insurance industry.