How to Make Better Decisions

“I always ask aspiring business people: How do you beat Bobby Fischer, the renowned chess champion of the 1970’s?
The Answer: Play him at anything but chess.”

This excerpt is from the second chapter of Seymour Schulich’s book, Get Smarter: Life and Business Lessons. Schulich is a self-made billionaire and one of Canada’s greatest philanthropists, having donated more than $350M to education and healthcare causes. His best-selling book was designed to give entrepreneurial advice to those earlier in their careers. While the book is 304 pages, it’s a quick read – most chapters are only a few pages long.

In the first chapter, Decision-Maker: A Tool for a Lifetime, Schulich suggests a simple, but practical, extension to the traditional two-column pro/con decision list.

“On one sheet of paper, list all the positive things you can about the issue in question, then give each one a score from zero to ten — the higher the score, the more important it is to you.

On another sheet, list the negative points, and score them from zero to ten — only this time, ten means it’s a major drawback.

Adding the weighting to the traditional pro/con list ensures a small number of factors don’t overly influence the decision; unless those factors are very important to you. If you assign the scores in a relatively consistent way, the Decision-Maker can take the emotion out of an important decision.

Schulich is a big proponent of the Decision-Maker. He claims it can work for groups as well, describing how it helped in the decision to sell Franco-Nevada to Newmont Mining. In fact, Schulich goes on to say:

“I have used it for virtually every major decision of my adult life. It has never let me down and it will serve you well, too.”

With that endorsement, I think I’ll start using it. Maybe you should too.

This blog was originally posted on Manage by Walking Around on June 21, 2015. 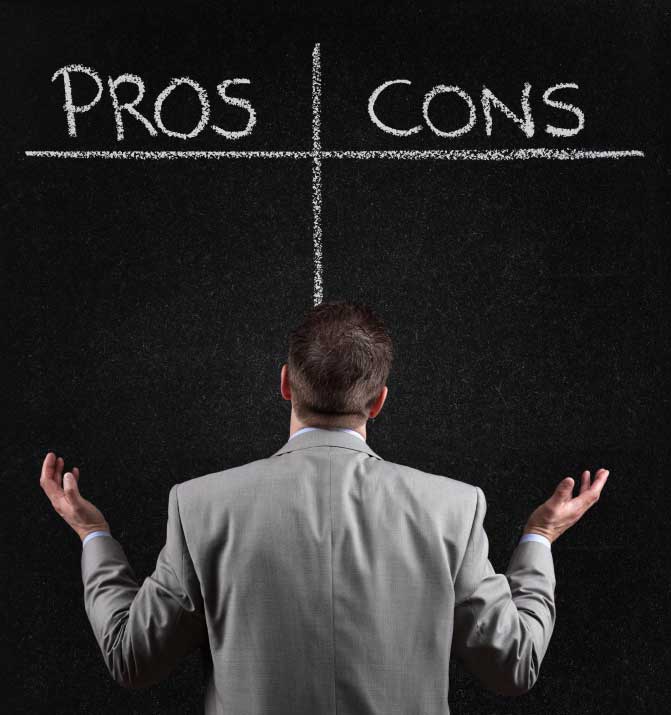 this is nice, i usually did this while in school but stopped sometime. don't know why though. i ve resumed again it is a big strategy