What do a movie icon, Analytics from SAP, and cell biology have in common?

I realized the other day that it has been about 7 years since SAP acquired BusinessObjects.  They say that every seven years almost all the cells in your body will have regenerated. In fact, there’s a popular saying about relationships called “the Seven Year Itch” — made famous by that classic movie starring Marilyn Monroe in her iconic billowing white halter dress. That got me thinking … is it time to regenerate and rethink how people analyze data?

When I was a consultant back in the mid 2000’s, it was common for a customer to provide a large data dump and the analyst would have to do some manual data discovery to understand their business.  Mostly, this was done iteratively using SumIfs and CountIfs and intermediate aggregations to find distinct counts and sparse data issues.  To report on your findings, you might be an Excel whiz-kid and throw in a histogram or pie chart to impress your point, but you would have to say “I’ll get back to you on that” if anybody asked you something you hadn’t already anticipated. Even into the second decade of this new century, we saw the average employee or decision maker acting more like a data worker than a data scientist. 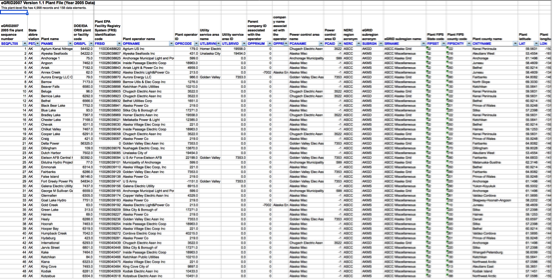 2007 – Excel Spreadsheet created manually to have all potential aggregations summarized on separate tabs of a workbook. Most initial users were academics and scientists who were used to dealing with the semi-raw data formats and who understood the underlying values being reported.

Fast forward a few years and the idea grew that our data should be more accessible to information workers in the organization. We strived for the consumption of the relevant data points to be easy and compelling.  Enter the dashboard.  Here we took an ordinary Excel file and transform it into something beautiful, and dare I say .. interactive!  The data was sometimes manipulated by hand, sometimes fed from some analytic views, but still relatively pre-defined and stagnant for the end user until we added capabilities to explore and discover data insights with ad hoc questions. No longer were the users just presented with pre-defined reports, now we were on our way to being data explorers and detectives.

2010 — Our team worked with the EPA to provide a more user-friendly version in order to help promote to a larger audience.  Tools like SAP BusinessObjects Explorer and Xcelsius (interactive dashboard) helped bring students, NGOs and governments into the discussion as they were now able to understand the information a little bit better and use the data in their own reporting, etc

Fast forward only a few more years and the advent of YouTube, Facebook, Vine and other media formats meant we had evolved into beings where the average attention span has shortened to mere seconds, and where ubiquitous mobile devices meant information needed to move with us – anywhere, anytime.  We developed Infographics that were eye-catching.  We forwarded those interested in more details to live, connected visualizations allowing users more exploration and investigation.  We began bringing in Big Data and layered data to get a fuller picture of our story at whatever level we needed.  Seems the best of both worlds, right?  Causal users and data scientists could work from the same data sets but have vastly different and relevant experiences. 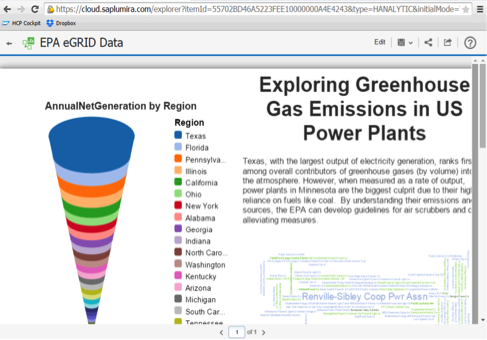 2014 – Infographics in SAP Lumira add insight to the data making it more interesting to larger audiences. Connecting that data to analytic tools and Big Data makes it more powerful.

I’d say in these last 7 years, SAP has regenerated data analysis.  Wouldn’t you?

But what next?  What if our evolution took us from Data Scientist to Data Genius? What if we took data analysis to the masses? What if we used the cloud to provide ubiquitous access to rich data in order to crowd source analysis and tackle real world problems? Enter the analytics platform.  At this very moment, you have the ability to create an analytic platform encompassing the power of in-memory computing, embedded analytic engines for predictive or text or spatial analysis, and native tools for developing easy to build and consume visualizations for web or mobile viewers. 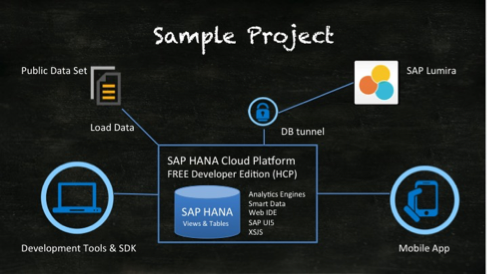 Lookingat the evolution of the example EPA data seen in the illustrations above, we can see the impact of the changing world of information intelligence.  For example, in the US, we debate the subject of “Clean Coal” but does the average person actually know how important and prevalent coal is for a fuel source in our electricity generation?  People love to promote BioMass as an alternative fuel source since it is renewable, but did you know it actually creates a fair amount of greenhouse gases compared to some of the traditional sources?  How easy was it to find those facts out in the examples above?  By letting technology crunch the numbers and allowing the humans to spend time understanding the impact we have turned data into information.

But why stop there?  We can go from a “push” of information to people, to a “pull” of information from people.  We could crowd source and crowd fund new ideas and new approaches to age old problems. What if consumers could contribute contextual data on their energy consumption or social activism as easily as they do with their fitness data? Would exposure to information change behavior? It’s a really interesting idea… and I think completely possible!  After all, everyone can be a DataGenius.

In my next blog (“Anyone can be a DataGenius”), I will walk through step-by-step to create a simple example of how ANYONE can get started on the path to DataGenius.  To watch the accompanying videos, please visit the SAP HANA Academy playlist for DataGeniusIV – Sample HCP Project. 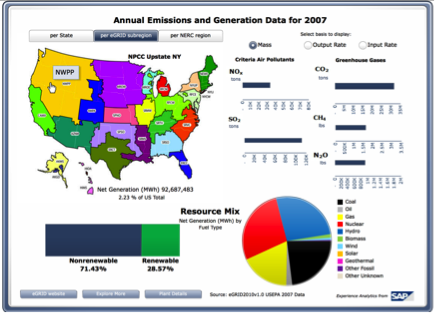 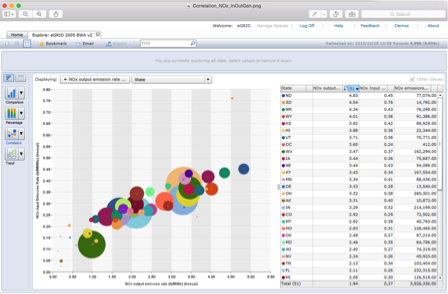