Extreme Sailing: So Close Fans Can Taste the Salt Spray

There’s nothing esoteric or inaccessible about the Extreme Sailing Series. The high-performance boats used in this sport are built for speed, and the races are designed to put the spectators as close to the action as possible. 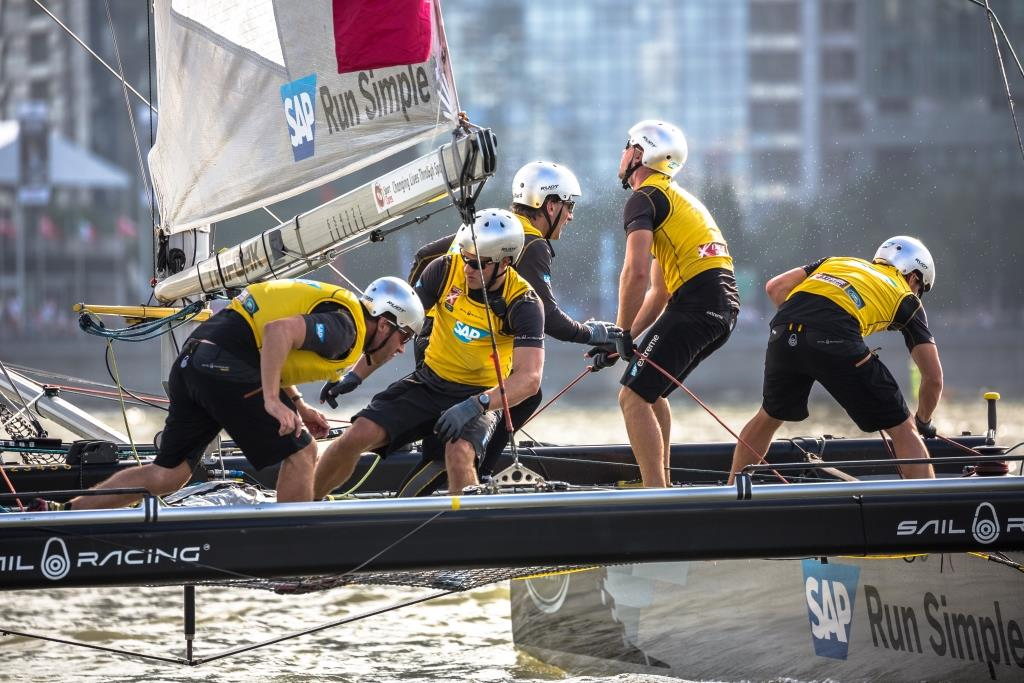 Much like Formula One auto racing, the Extreme Sailing Series is a circuit of international races. Points are awarded at each event, and the accumulated totals determine the ultimate champion.

The Extreme Sailing Series has only been around since 2007, but already it attracts some of the best skippers on the planet. And SAP SE sponsors one of the teams doing battle – the SAP Extreme Sailing Team.

Up Close and Personal

These sailboats are very, very fast. The Extreme 40 catamarans are based on Olympic-class boats, but are scaled up to be about twice as big. Built with carbon fiber and using hydraulics to manage the mainsail, they are capable of reaching speeds of 30 knots – that’s close to 35 miles per hour.

But what really makes the Extreme Sailing Series unique is where these races take place. All the international courses are laid out close to the waterfront. So the fans can watch the boats go flying by just offshore, while the sailing crews can hear the cheering crowds.

To deliver a true stadium racing experience, “race villages” are set up at each venue. Free to the public, these viewing locations not only offer a great place to enjoy the races, but also host entertainment and other family activities during race week.

With the moniker “extreme” attached, you might imagine that the Extreme 40 skippers attack each race with reckless abandon. But in fact, there’s real science behind these races, and modern analytics play a significant role in the sport.

SAP Sailing Analytics software, for example, provides racing insight to both spectator and skipper. This sailing analytics tool combines data gathered during a race – such as GPS positioning and wind speed and direction – with graphical overlays to provide a bird’s-eye view of the contest.

As a sailing fan, you can visit the Extreme Sailing Series Web site to access real-time race information such as average speeds, in-race rankings, and winning margins. You can also see analysis of the completed events. (Be sure to check the schedule. There is still plenty of 2015 racing on tap.)

The sailors directly benefit from analytics too.

The crews and support teams are constantly evaluating how the variables of wind, tide, and current affect the outcome of a given race. Now they can scientifically analyze this data to gain a better understanding of exactly what happened. This knowledge can help the teams optimize their performance in future races.

And believe me, this sport is all about performance. There are no style points awarded in the Extreme Sailing Series.

You can hear more about sports and technology by tuning in to the Meet the Visionary Game-Changers radio podcast on June 25 at 10:00AM ET/7:00AM PT. Rasmus Kostner – Co-Skipper of the SAP Extreme Sailing Team – will be part of a live panel discussion titled, Sports and Technology: The Ultimate Fan Experience.

You can also follow the conversation on Twitter via #SAPRadio. And if you miss the live episode, be sure to click on the link anytime to enjoy a recording of the show.