World of Warcraft may not be the first place that business recruiters might look for new talent, but the massively multiplayer online role-playing game (MMORPG) teaches a lot of leadership lessons — and enterprise leaders are taking note.

Four out of 10 IBM employees said they’ve already “applied MMORPG leadership techniques and approaches to improve their leadership effectiveness at work,” according to a study by IBM and Seriousity 200 IBMers who were also gamers. Almost half said game-playing improved their business leadership capabilities.

USC and Deloitte’s John Seely Brown famously said, “I would rather hire a high-level World of Warcraft player than an MBA from Harvard.”

IBM and Brown are not alone in noticing how gaming cultivates business leadership.

My millennial daughter has been a raid leader for World of Warcraft (WOW) for 4 years. A raid is an in-game mission for a group of 10 or more of the almost 7 million game players worldwide to defeat monsters (known as “bosses”). Raids can last one or more hours, ending when the raid area is conquered.

She let me watch as she led a raid one evening.  I was absolutely riveted – by the graphics, the non-stop action, the complex world and range of characters and creatures, listening to the play-by-play action and dynamics, marveling at her ability to understand what the heck was going on in those on-screen dashboards.  I could completely understand how this would be an enthralling pastime.

But it dawned on me, as I listened for more than two hours, that something else very interesting and unexpected was going on.

A training ground for the modern business leader

Here are the seven key skills that I believe WOW nurtures in players — and makes them better leaders.

WOW and other MMORPGs offer tremendous leadership opportunities.  Businesses can take advantage of leadership, technical and risk-taking skills that gaming has already developed in these individuals. 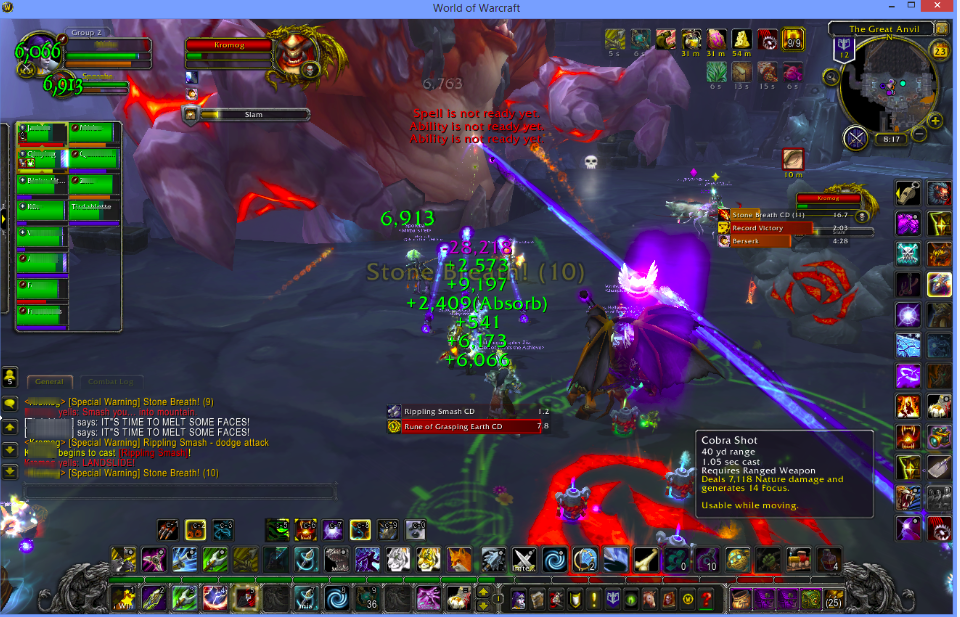 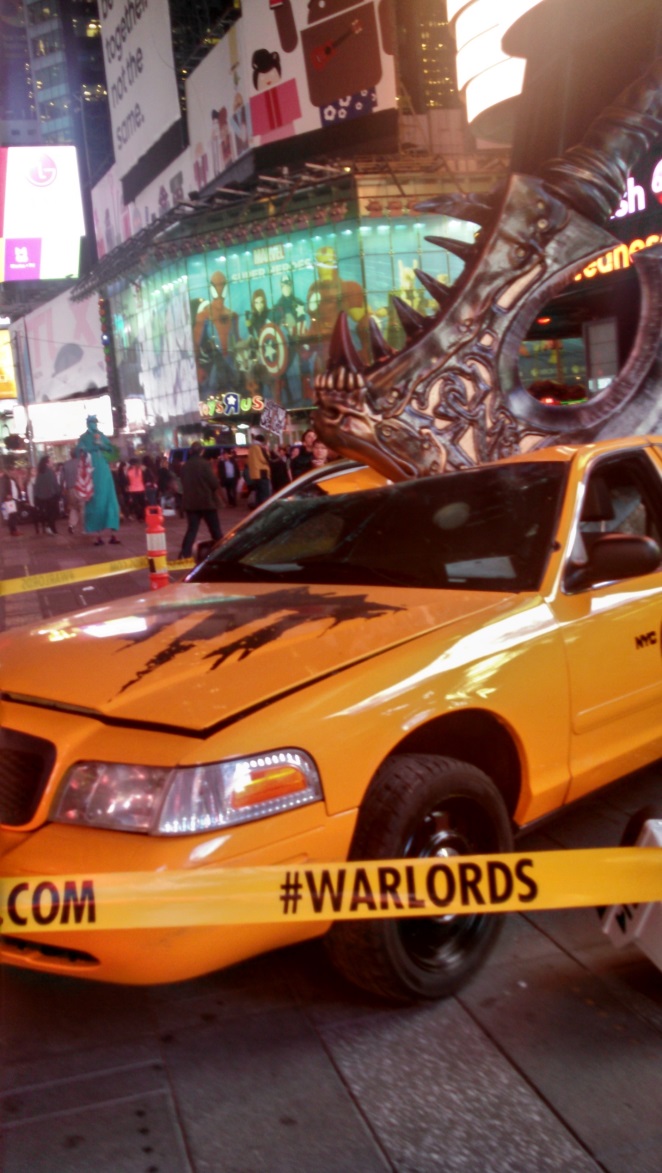 Great blog Cathy! Thank you. Great to get past the shiny veneer of "gamification" and actually explain how games can teach these specific skills that are so important for leadership. Be prepared. Does your team have the right tools? Are you taking the right approach/strategy. Communicating virtually. All very relevant to real business life today.

Thanks for highlighting the "teaching" and "learning" aspects.  With "just-in-time" online courses burgeoning -- it is more and more important to be nimble.

I agree that leadership skills can be trained in WOW but it takes time to get to this level of play when other players give you respect to lead anything. There are 6 million players worldwide actively playing WOW every week about 15 hours on average, that’s 120 million hours a week kids could spent learning how to code or write or whatever real life skill – they would be pros in something more marketable in RL that WOW. With those skills, they could earn their respect in real jobs with their expertise and then perhaps use their leadership training from the game to leads others more effectively.

Now what if we could combine game-playing with learning coding -- but not in a creepy Ender's Game reality.

I believe there is a way that would involve using a very common questing mechanism in games such as WOW (and 100s of other games) to accomplish that and more. I call it eduquest.

Funny you should say that. A few years ago i read a concept for a game that enabled you to literally CODE your skills.

They had a pseudo coding language implemented in the game itself and a player could write their own spells in pure code. Not a leveling system/synergy system Diablo 3 like. I am talking low level coding of the actual spell.

It looked something like... ( pardon my badly written pseudo code)

The invocation times and other variable you give to the function changed the behaviour of the spell. Also different functions were discovered through questing so the more you progressed to the more functions you get access.

However the actual effects of the variables you passed into the function was something you had to figure out on your own ( making you write different variants and test out how it affected the spell).

There was literally no limitation to how you could combine functions ( apart from obvious invocation time or other limiting variables ... no point in having a spell that destroys everyone with 1 go that takes 2 minutes to cast by which time you are already back to time after respawning 🙂 ). And i remember it having a LOT of functions ... fly, transform, built, destroy, disable etc. etc.

Unfortunately i do not remember the game name nor who created that concept ... and i don't think it actually ever saw the light of day ... but i think it was an amazing idea that does exactly what you are saying. Combining gaming with coding in a very fluid way that prompts you to keep thinking about the code you write and combination of functions/loops or if then statements that can take into account as many environmental variables(yes you had access to those as well) and cast the best spell simply by pressing one button.

Huh. If such a game actually does exist out there, that would be quite cool.

I concur ! I thought it was absolutely amazing idea. Unfortunately this was quite a few years ago and my memory of it is quite hazy. I am pretty sure it was just a concept game design that was made and showcased some of the mechanics but more like a concept demo than anything else. But the whole idea was amazing i remember checking it over and over again for development but it eventually disappeared and i never found it again neither did i find out what happened to it.

Hmmm -- I will have to look.  The whole point of gamification is that when you make in fun to learn and do, people actually DO learn and become capable to doing much more.  My husband was involved with the development of a way to "test" the folk who needed to use the very complicated  cash registers in the U.S. military stores (PXes) around the world. He came up with a game to "save the base" where people had to use their keyboarding and memory of multiple keystrokes to disarm "bombs" and so save the base.  Not only did those who took the test show great  scores -- but when they were retested months later had even better retention than traditional testing approaches.  What I found most interesting though was that people wanted to play the game again -- and again -- because they found it fun!

Nice correlation between the game and real-world.  Can't wait to tell my "clan" that it really isn't a game, it's a management tool!

WOW -- in both meanings!  Would love to hear more about your "clan"...

Really excited to learn that my 11 and 13 year old sons are already great leaders! I guess monitering their time playing will have to be a little more thoughtful.. LOL!!!

Great post Cathy.  I'm not sure how I feel about the bosses = monsters reference but I do see how one could develop or even improve upon the business leadership skills in this context.  I will try to look at 14 year-old son's obsession with gaming with an open mind 🙂

I checked in with my daughter and she explained that "bosses" are actually boss monsters who usually control sections of the raid -- hence "bosses". Glad that I am changing perceptions.

I used to make fun of my college roommate for playing WoW on a regular basis. Now I will have to share this with him to make up for those times (: great ideas and analysis Cathy, read it with a big smile on my face.

I understand completely -- after all it surprised me too.  And it's not just WoW -- check out this article Business skills you can learn from video games - The Washington Post.

😆 Great article Cathy!  Proud to say that gamers run in my family!

Gamer pride -- love that! Thanks!

Interesting observations... Wonder if I should start adding 'successful Hay Day neighborhood leader' to my resume. 🙂

Good old Civilization has been nurturing the most important leadership skill for years already - unhappy people don't work well! Sure, you can bring in more military units to shut them up for a while, but it never works in long term. It's World Domination 101. 🙂

On the topic of gamer creds on your resume see this article Wired 14.04: You Play World of Warcraft? You're Hired!

Great point about Civilization.  I personally have a soft spot for SimCity and all its variants.

Guess those hours I spent playing WoW were not such a waste of time after all... 😉

Seriously, you make some great observations about the common skillsets to be a great raid leader and a great business leader in a fast-paced and complex environment.

Not at all a waste! Unless maybe you are Leroy Jenkins.  🙂

Thanks for the thoughtful comments!

Hahaha, now you are showing your gamer geekiness. 😉

I found very interesting your words, I love video games, but the "game of life" (Not the board game, but even our lives) is more interesting because we have only one chance to complete everything we can 😛

But like in games we do have the opportunity to fail along the way, learn, improve and find success.  "It's a learning experience!"

Every day can be the start of something new, there is no such thing as completing everything if you ask me.

Not playing WOW, but co-founder for my first startup and I did play a lot of games together. It does tell you if both of you are compatible with each other or not.

How fascinating -- makes total sense.Game playing personality could be important to see how people might react in real life too.

It may not be too far, when start-ups and corporations incorporate virtual gaming into their recruitment procedures for millennials and next Gen. Could help evaluate the 'non-technical' skills (leadership, communication, work under pressure, risk taker, time management ...). The scores can support evaluations with real-data to compare 🙂 .

Thanks for this article. I like the perspective to look positively at the opportunities & benefits of gaming - instead of criticising it. Esp. adults are too fast having a negative view on gaming - although 97% of kids do it.

It is similar with how kids use smartphones. I also learned a lot from my sons already after looking in detail how they use their smartphones - like new cool Apps for videoediting or picture collages.

Thanks, Thomas.  It is good to have new perspectives and new approaches.  One of the best things about being a parent is learning from your kids.  Also why reverse mentoring is so important too...

Great post. I'm a fan of WoW. It has cool graphics and an interesting plot. I am very happy when I have my victories. This is especially rewarding after a hard day at work.  But I want to add, that I am also a fan of the game World of Tanks.  Do you know what an account boost is? For example, WoT boosting is the process of rank increase with the help of a professional player, who has an amazingly high level. Visit https://boost-hub.com/catalog/world-of-tanks/ for WoT boosting and coaching!