Its objective: To prevent the digital divide and to accelerate and nurture economic development in the fastest growing continent in the world.

From the first to tenth of October 2015, hundreds of workshops will take place in 11 countries across Africa: Tunisia, Morocco, Senegal, Ivory Coast, Cameroon, Togo, Egypt, Nigeria, Angola, South Africa and Kenya to introduce 20000 children, teenagers and their teachers to coding. 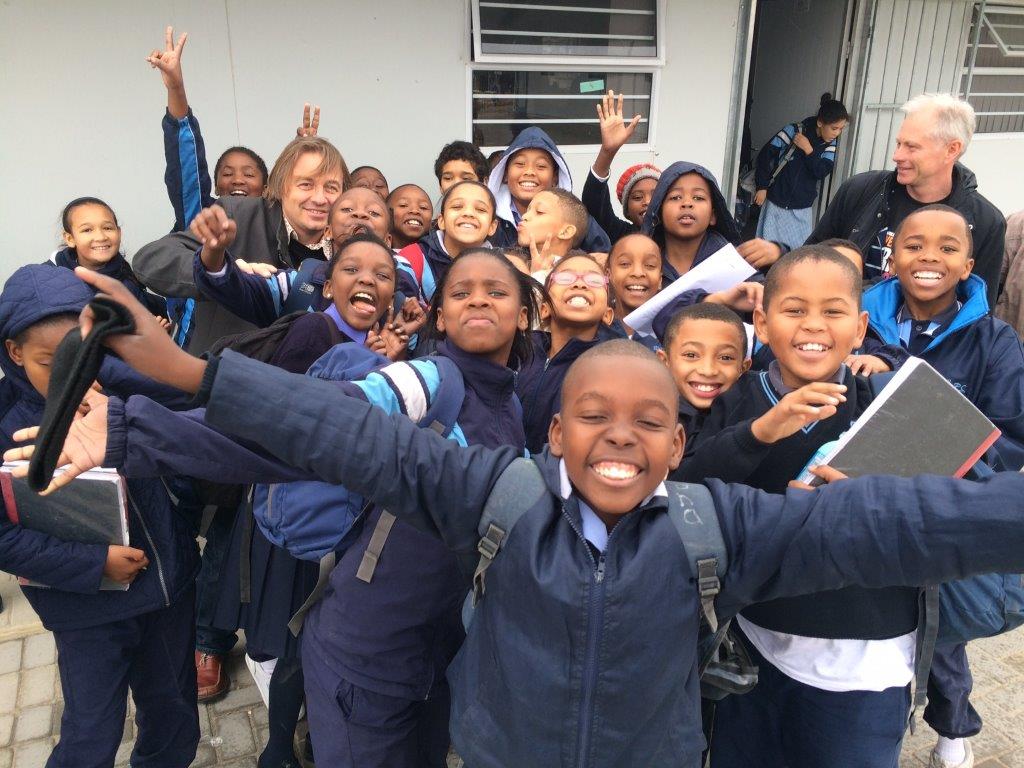 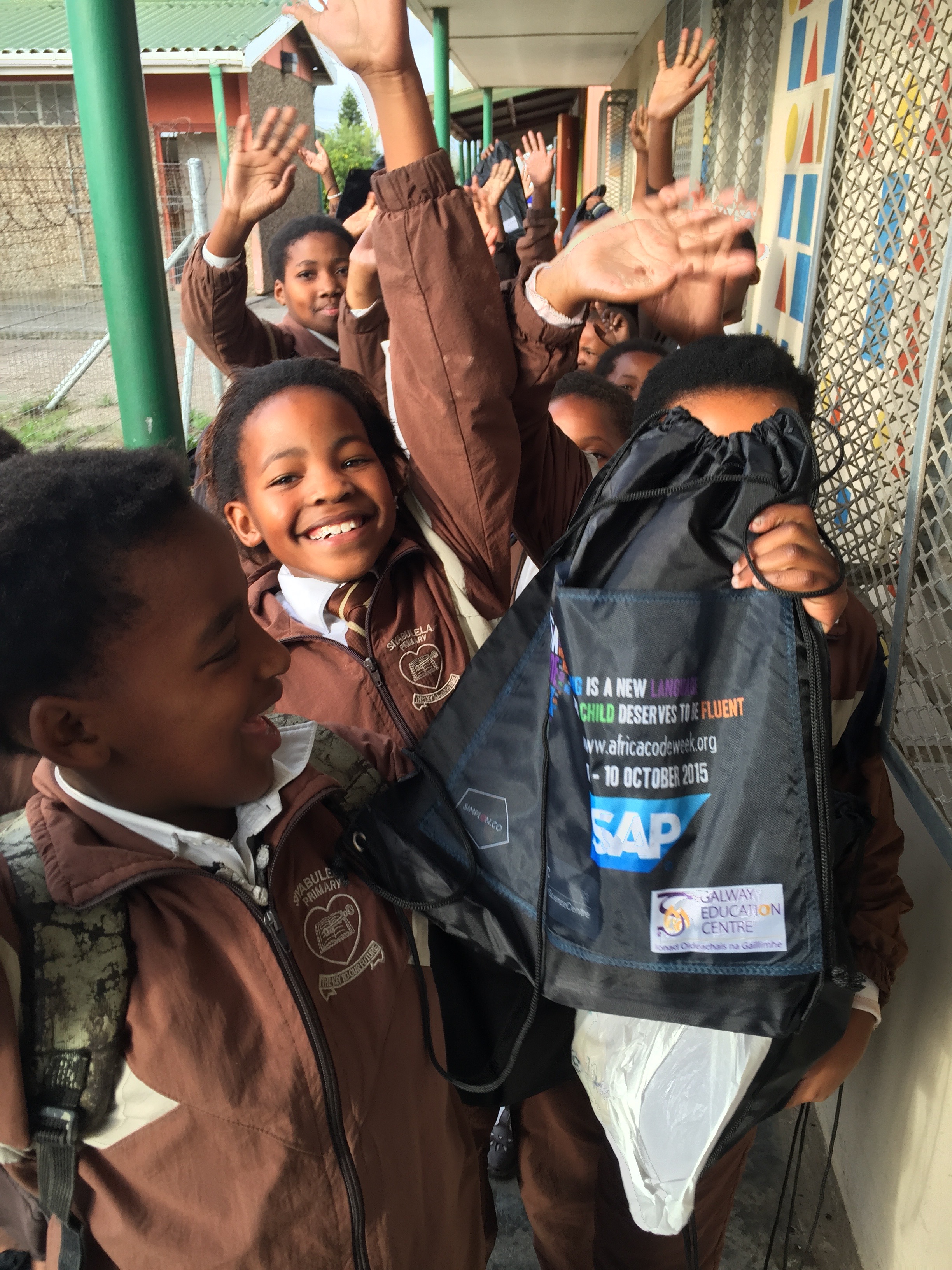 2 colleagues from SAP Labs France, Olena Kushakovska and Jean-Christophe Pazzaglia had the great chance to participated in the pilot of Africa Code Week in Cape Town and its official launch on the 2nd of June during World Economic Forum on Africa. They lived a great experience overthere sharing their knowledge to the kids about codong and technologies:

“What impacted me the most  is visits to township schools and incredible contrast between extreme poverty (no running water, electricity, sewage), almost prison like feeling to primary  schools (barbed electrified wires, double layer metal bars windows, metal grids on doors, opaque windows in computer rooms, HIV awareness and anti-guns/gangs posters) and the joyfulness and desire to learn of kids. The bursts of laugh and sparkling eyes when they made the program work, the creativity and imagination they put into their computer characters, their openness to everything new and the facility with which they try new things is what I took back with me. The kids were simply INCREDIBLE! As Einstein said: “ Imagination is more important than knowledge. Knowledge is limited. Imagination encircles the world”.  Those kids have whole worked in front of them and I hope they will seize their chances and change South Africa for the best!”. Olena Kushakovska

During the pilot, 290 teachers were trained and 760 children from underprivileged backgrounds discovered coding in the Cape Town Science Centre and in their own schools via “Scratch”( https://scratch.mit.edu/). Scratch is a free programming platform and online community, specially crafted for kids by Lifelong Kindergarten (MIT) where anyone can create their own interactive stories, games, and animations. 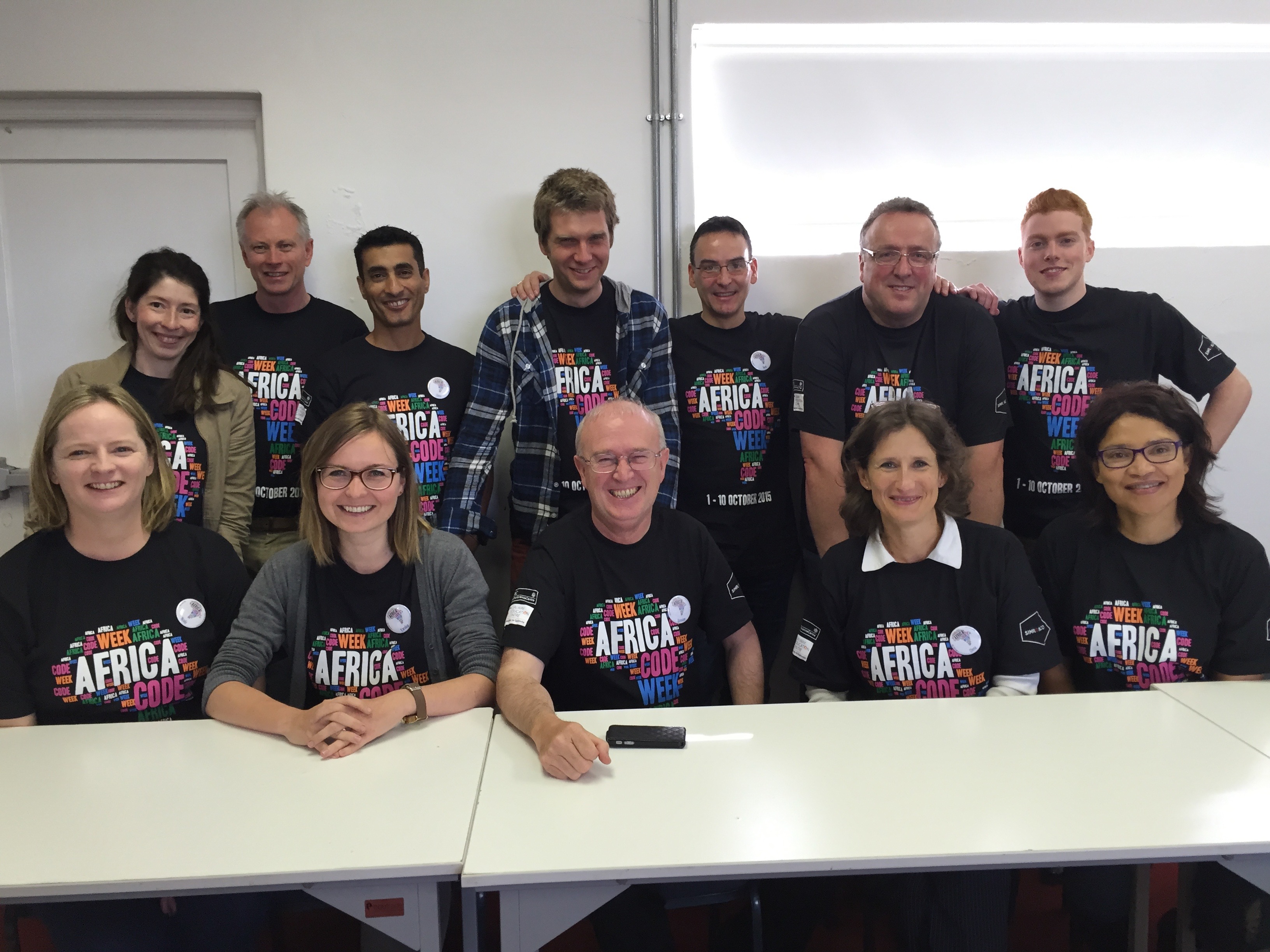 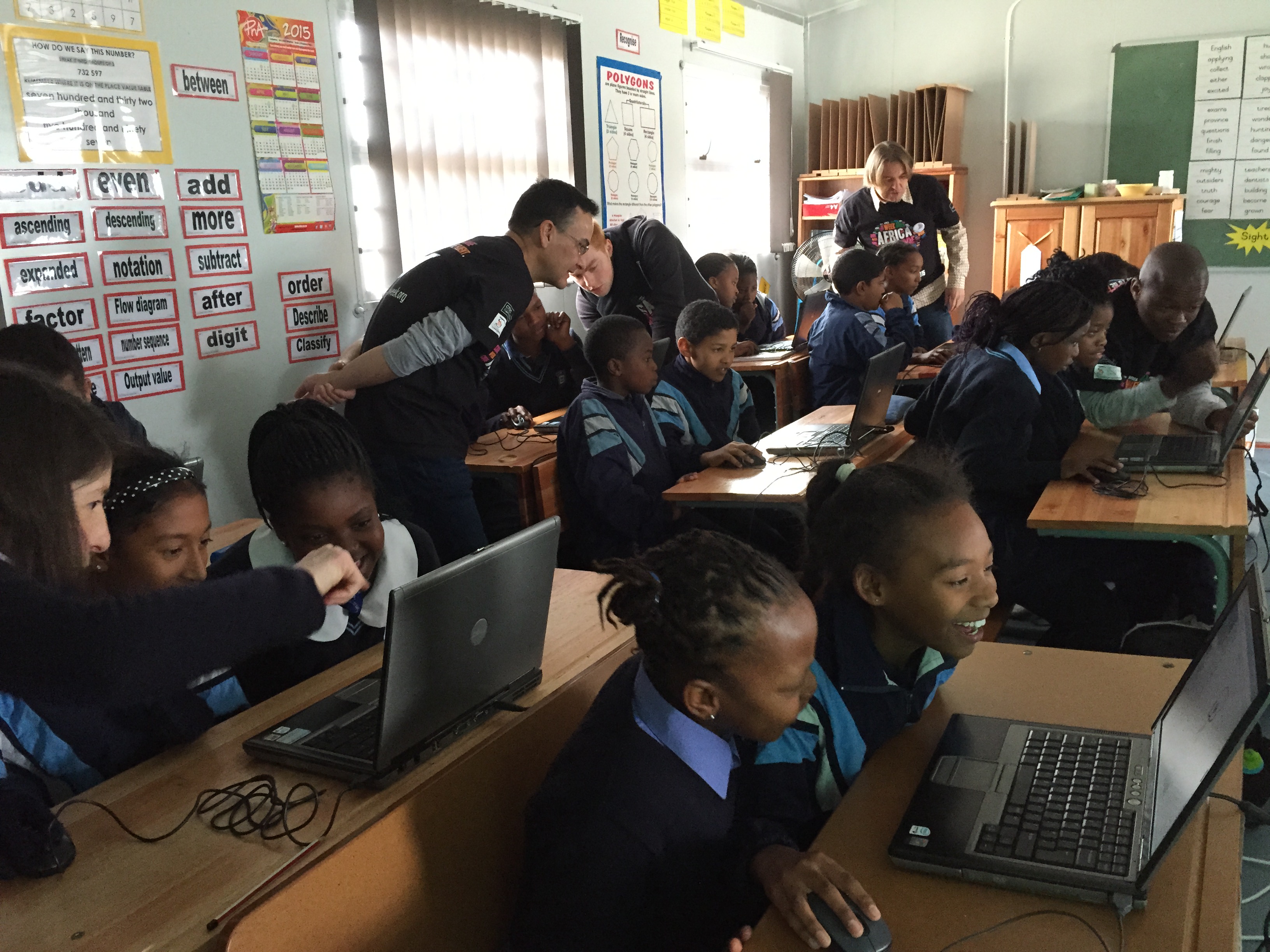 Teaching Programming to Young Learners” in collaboration with Galway Education Center (https://open.sap.com/courses/acw1) has been unveiled during the official launch to help teachers, parents and young learners themselves to learn Scratch at their own pace. Also under the High Patronage of Mrs. Annick Girardin, Secretary of State for Development and Francophony in the Ministry of Foreign Affairs and International Development and Ms. Axelle Lemaire, Secretary of State for Digital Economy, in the Ministry of Economy, Industry and Digital, the Africa Week Code will actively contribute to the development of the African digital scene revealing and supporting young talent.

You can follow the Africa Code Week and learn more about it on: