Preventing the Next Pandemic

An old man suffering from fever and shortness of breath died recently in South Korea. As reported in the Wall Street Journal, he was being treated for pneumonia, but it turned out he died of MERS (Middle East Respiratory Syndrome), a highly contagious disease he probably contracted in the hospital. The original carrier appears to have contracted it after visiting a camel farm in the Middle East. Like many other contagious diseases, MERS is zoonotic, meaning it is passed between animals and humans. 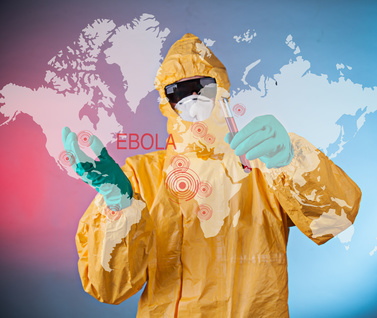 Now South Korea is grappling with a rising number of cases, fueling public anxiety as kindergartens and schools are shutting down across the country.

One of the most difficult aspects of containing viruses is identifying and tracking carriers. Since the first few cases in South Korea emerged the health ministry already has over 1,600 people under observation.

These new cases of MERS are especially alarming, as they follow hot on the heels of the Ebola epidemic which rattled the world with 24,288 reported cases, of which 10,000 were fatal.

SAP has joined forces with a number of institutions including the Hasso Plattner Institute and the Helmholtz Center for Infection Research to develop SORMAS, the Surveillance and Outbreak Response Management and Analysis System to help fight the spread of diseases like Ebola. How does it work?

Surveillance officers collect notifications from community hotlines and health facilities. The data is validated and passed on to case officers who begin the control process which includes decontamination and quarantine. Community awareness programs are critical.

The system, which was developed using design thinking and agile application development, is being implemented on the SAP HANA cloud platform. Incoming patient data is analyzed in real time and predictive tools help project where the disease is likely to spread. SAP Lumira infographics are used to inform the public, and last but not least, the Ariba network is used to quickly mobilize medical suppliers in the region.

Irfan Khan, the CTO for SAP’s Global Customer Operations, recently presented the solution at the IOTx and Big Data show in Dubai.

“Our SAP HANA cloud platform shows the power of a real-time, centralized database that can be easily accessed on mobile devices. Healthcare professionals can log patient symptoms, provide a preliminary diagnosis, and track any mutations or symptom changes over time and geography,” says Irfan.

With such powerful partners and programs, SAP is really changing the game and improving people’s lives!