Imagine being asked to innovate more and increase productivity, but at the same time cut your expenses. If this apparent catch 22 sounds familiar, you’re not alone.

It’s familiar to just about everyone attending SAPinsider conferences this week too. That’s why the president of SAP Platform Solutions addressed this scenario during his keynote on Tuesday morning.

“Reduce costs, but do more,” Steve Lucas said, summarizing how so many customers describe their CEOs demands. “This is the challenge that we face, and it’s not going away.”

“A Healthy Sense of Paranoia”

Lucas kicked off three days of events in Nice, France by doing more than just talking about Run Simple. He demonstrated how SAP helps organizations to Run Simple — by tackling the world’s biggest business challenges with:

There are three types of businesses, Lucas told the audience at SAPinsider (@SAPinsider), assigning a spirit animal to each: The ostrich buries its heads in the sand, ignoring disruptive technology such as Netflix and Uber; and the fish just follows the school, content not to be a leader.

But the lemur stands upright, constantly searching for threats.

“Evil in the Architecture”

To keep from getting eaten by the competition, organizations must eliminate complexity, such as those dizzying database architecture diagrams you’ve seen on countless corporate PowerPoint presentations. You know the slides, the ones with three virtually identical databases: One is for sales; another is a data warehouse; yet another is for forecasting.

And don’t forget the data management layer on top.

“Here’s where the evil in the architecture begins,” Lucas said. “It’s what we’ve been told to believe for the last 30 years.”

SAP HANA was born from the company’s reflection on this, according to Lucas. SAP wanted to do something more than copying data to different parts of the enterprise stack without ever solving business problems.

“That is the only reason HANA exists: to condense and simplify the enterprise stack down to something manageable,” Lucas said. “We have the next-generation stack that will power enterprise organizations for the next 30 years … it begins and ends with HANA.”

Playing Well with Others

Not content to simply talk about SAP’s virtues, Lucas showed examples of SAP technology solving problems both on its own and as part of a consolidated business suite. SAP’s Austin Swope helped Lucas demonstrate how SAP Lumira enables users to visualize their data and, working with other applications, change an organization’s execution and outcome.

“SAP is committed to building the best visualization technology on the planet,” Lucas said. “Start downloading it right now,” he challenged the audience, “it will literally change your life before you leave this room.”

The S/4HANA suite of business applications combines the platforms, applications and networks to create the boardroom of the future. Its dashboard contains all of the information necessary to successfully run a business, and it’s viewable on all mobile devices, including the Apple Watch.

“Customers want to spend their time innovating, not integrating,” Lucas said. “S/4HANA is all about delivering that integrated end-to-end experience in the cloud.”

Streamlining business this way will reduce costs, and dedicating the saved time to innovation will help organizations do more — all while they Run Simple.

SAPinsider includes Financials 2015  (#Financials2015), GRC 2015 (#GRC2015) and other events that will run from Tuesday through Thursday at the Palais des Congrès Acropolis convention center in Nice, France. WIS Publishing, which produces SAPinsider magazine, is hosting the events. 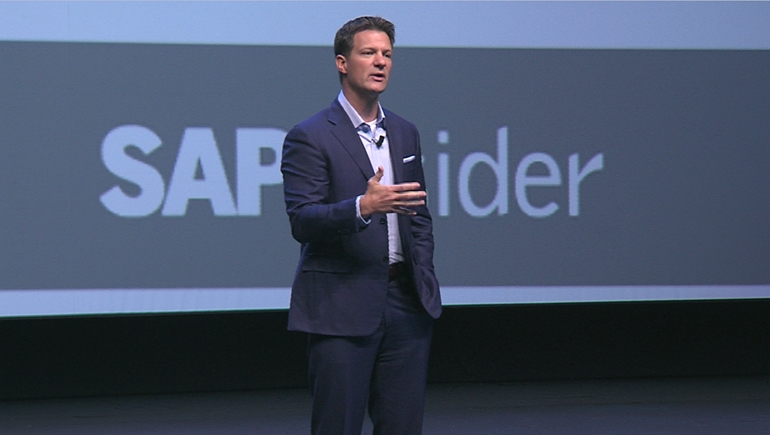 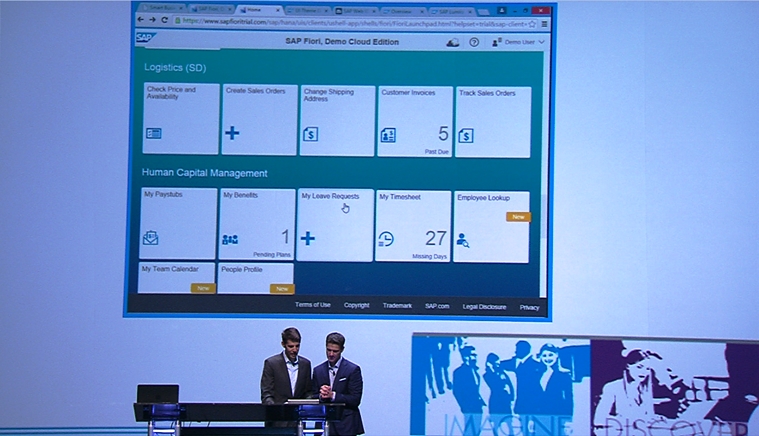