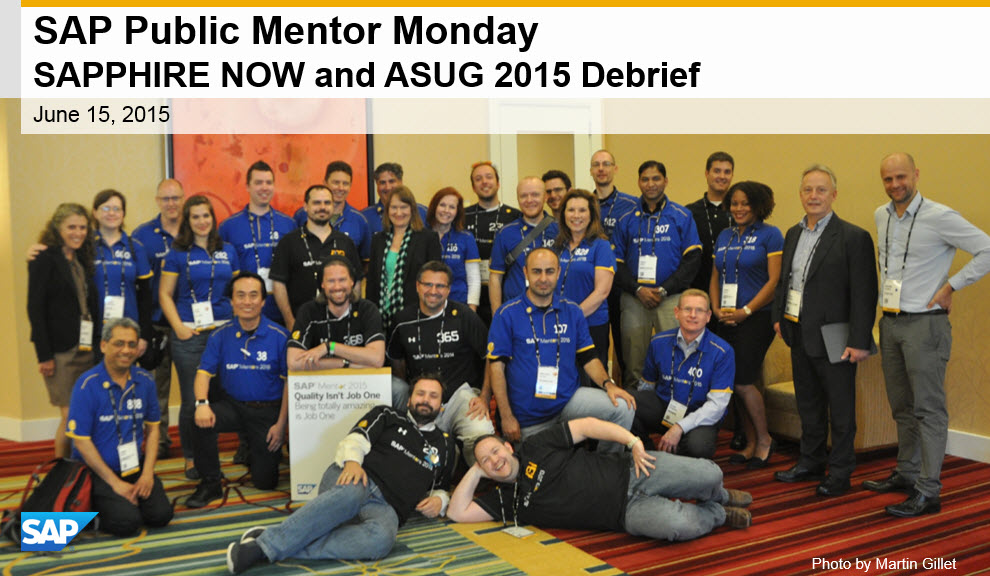 SAP’s Malin Liden kicked off the webcast about change in the SAP Mentor program.  Changes include diversity with including Student Mentors

She thanked Martin Gillet for his pictures.

Chris explained that Mentor Monday webinars are a “forum for getting together, to discuss what seeing in the ecosystem and a public forum to share with the community” 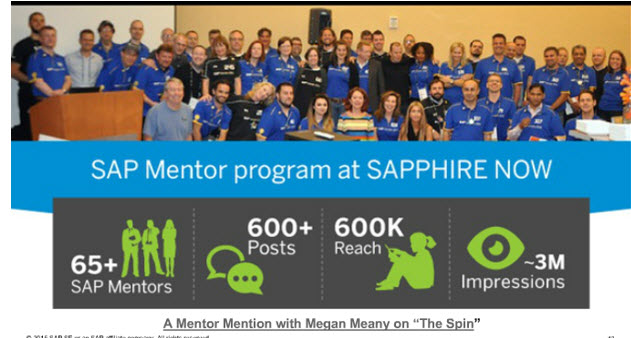 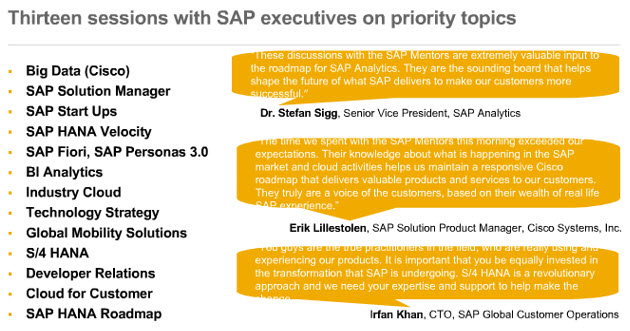 Above shows the quotes from the SAP executives from the meetings.  Jeanne said “Great prep by topic leads, action items and tangible results”. 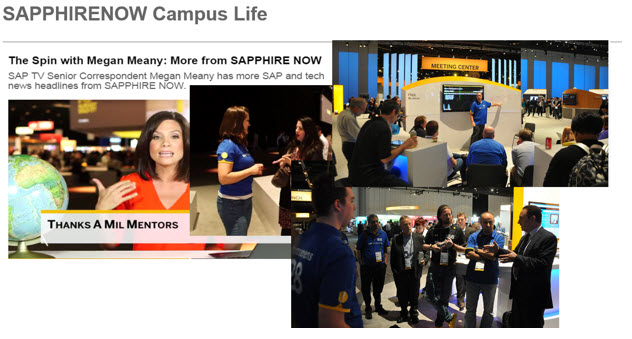 Jeanne reviewed SAP Mentor scenes on the show floor, including being featured in SAP TV Correspondent Megan Meany and getting an update from Jonathan Becher on the new SAP Store.

Chris introduced the topic of “topic leader”; he said this will provides a closer relationship with the Mentors and SAP 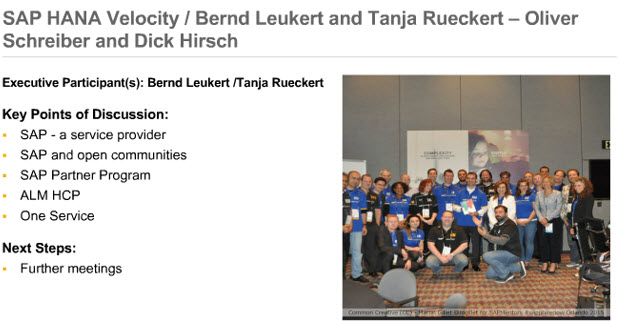 Phil Loewen recapped this meeting.  Topics included moving from a development to service provider with 24 x 7 coverage, using the Mentor program to get feedback, and how to work with open communities.

Each of the 13 topics were reviewed similar to the one above; for more information please wait for the recording to be available. Jeanne ended the call by saying that nominations for New Mentors is coming for the Fall; she would like to see more customers

Until the next SAP Mentor webinar

thank you very much for a great MentorMonday yesterday. I really enjoyed that there are so much interested in this format. Just awesome.

unfortunately I missed the the session yesterday (a reminder on the mobile phone is worth nothing if the phone is left in the car...).

Do you know if a recording of the session will be available?

Hi Christian - yes, SAP will post a recording soon - thank you for commenting.