What are APIs? To some they’ve become the basis for an economy, “the API Economy”, to others something to fall in love with: “ILoveAPIs” is a good example, but most concede that they are also mostly a way of realising value from enterprise services in a consumer-friendly fashion, such as in apps. More drily, they’re a standardized, simplified way of accessing the services and the data of an organisation, typically from outside that organisation – such as from a device, over the internet. I think of them as the USB ports of the enterprise.

But it’s not just data exchange that APIs enable. APIs can be used for data services, configuration services, factual services.  I’m not going to extol the breadth of magic available from providers like Google or Facebook, but I do like things like the primacy of analytics in YouTube’s revitalised API or the industry enablement of WPP’s MediaPay. TfL’s API is a nice example of an enterprise sharing its operational data, here the positions of buses, tubes, etc.

APIs, like most capabilities, incur technology, in here that’s called the API Gateway. The Gateway provides a way to access these APIs – sensible, securely and simply. So when a request from an app reaches the gateway, it knows to route such requests to the correct service in the enterprise. All this routing logic is based on configuration; equally policy logic ensures those enterprise services aren’t overloaded, and that inappropriate requests aren’t made of them. The gateway also ensuring logging and usage is monitored and recorded. 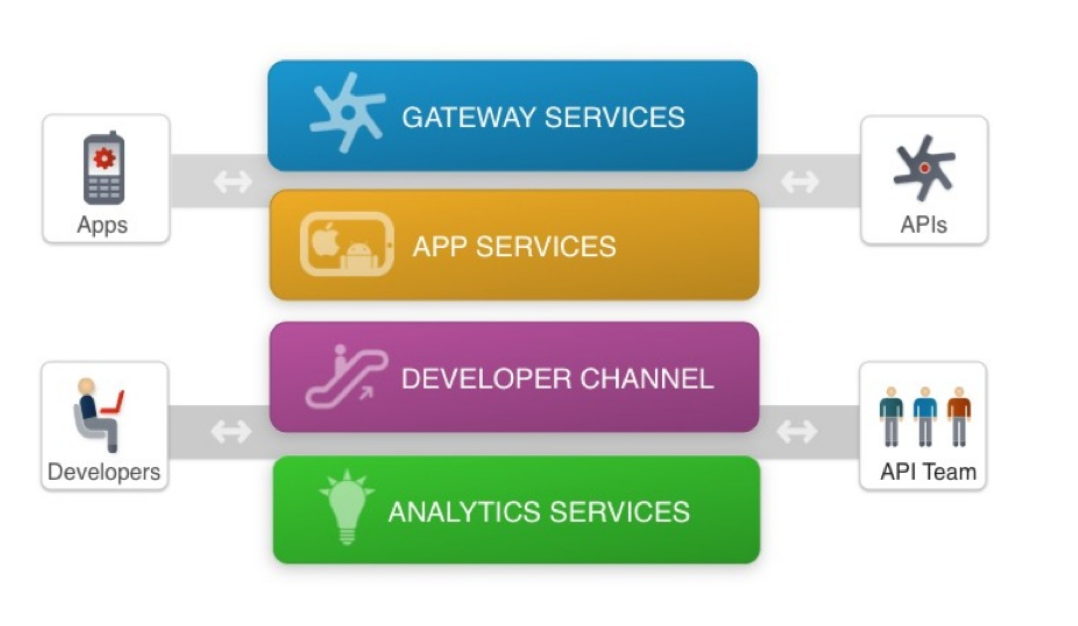 So an API Gateway manages security and privacy policies, routing logic, throttling policies and quota management, and can do that support multiple channels – as the single logical point of access to the organisation’s services, as the logical consolidation of existing B2B hubs, gateways, exchanges. For example, a typical service provider might discover they have tens of existing gateways – for single purposes, from extant projects, for third-party ventures. Typically all these gateways can be consolidated into a single platform: reducing the number of moving parts in the enterprise and greatly simplifying annoyances like certificate management. The gateways also manage the critical tasks of helping developers to onboard, to register, to be productive with the API: this can include example code, how-to- videos and community portals.

Over the next few blogs, we look at some of the things an API gateway enables, not just its core purpose of routing requests from apps on devices to enterprise systems and back, but how it supports productivity, insight and real-time business.