The Power Pose, a concept that your body language can change your life and career, has been widely adopted since its creation by Amy Cuddy during her Body Language TED Talk, viewed by over 26 million people. Now, SAP employees have brought the power pose to life in the Silicon Valley. In preparation for Amy Cuddy’s TED Talk at SAPsv on June 11, SAP employees participated in the Amy Cuddy Power Pose Twitter Contest.

Over 100 SAPsv employees participated for the chance to win a meet-and-greet with Amy Cuddy, and tickets to the FC Barcelona vs. Manchester United game on July 25th at Levi’s Stadium. The energy, creativity, and power displayed through the photos that were submitted was monumental, but only three could be named a winner.

Without further ado, I give you the SAPsv #PowerPose Winners! 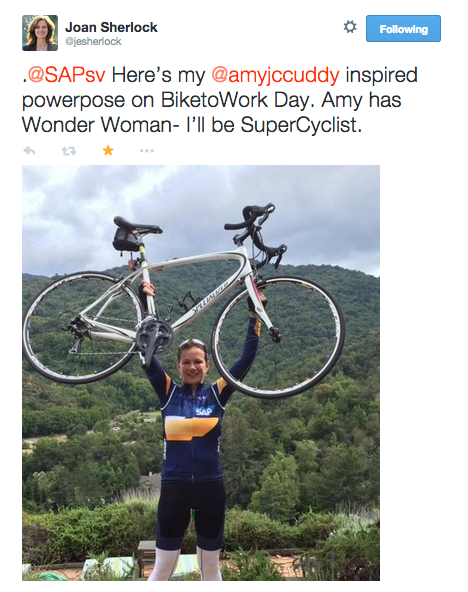 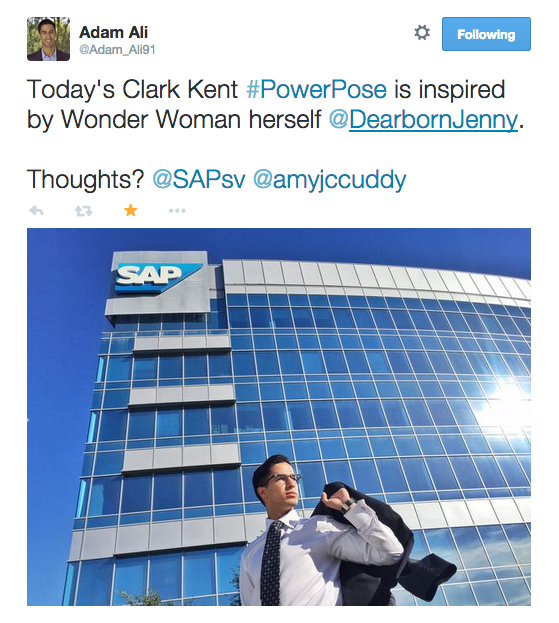 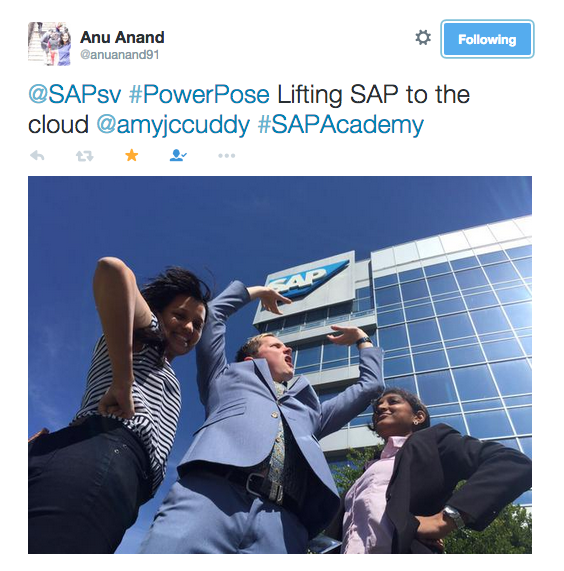 And our surprise winner, announced by Amy Cuddy herself, Lisa Brown! 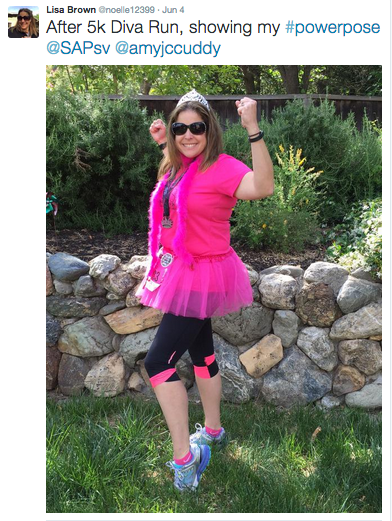 Thank you to all who participated in the SAP Power Pose Twitter Contest! We had an incredible number of employees participate and share their amazing power poses. You can view photo entries on Amy Cuddy’s Facebook page and on the SAPsv SmugMug. And, do not miss Amy Cuddy’s TED Talk June 11th, streaming live to all SAP North America employees. Tune-in to the live stream and follow @SAPsv on Twitter.

Submit your questions during Q&A with Amy Cuddy to @SAPsv.