How Will Businesses Change with Virtual Reality?

You are in the market for a new home, so you tour the house. You look up and down and inspect every inch of the place, assessing the dimensions to get an idea of whether that cabinet you have will fit in the corner. The house is in California, but you are currently in New York … and are looking at your smartphone.

Where you would have once looked through static two-dimensional photos of the house online before traveling across the country to inspect the location in-person, virtual reality offers the possibility of viewing both real and artistically created locations in stereoscopic 3D. With virtual reality, you could view actual footage of the house in 3D from anywhere you can get an internet connection.

If you are not familiar with virtual reality (VR), you can read Joerg Kaufmann’s blog post for a more detailed explanation, but essentially, it involves wearing some type of glasses or goggles that would visually block out the “real” world around you and replace it with 3D video and images. You are able to move your head around so that when you physically look up, you would see the virtual ceiling, and when you look down, you would see the virtual floor. This can also include audio, and with motion tracking or some type of controller, VR can also allow you to interact with the virtual environment such as by walking around or picking up and manipulating objects.

At Google’s recent I/O conference, the company announced a new camera rig, called Jump, that could help make the house hunting scenario a reality. The Jump rig consists of 16 cameras arranged in a circle that can capture video and images in stereoscopic 3D that can be used to create a virtual reality. The cameras capture overlapping video, and then, Google’s computing power is used to stitch it all together to form a 3D video that will soon be supported for playback on YouTube.

VR is often considered more in terms of video games and similar artistically created environments, but with something like Jump, that VR can be composed of actual images and video of the real world. That leads us to imagine some interesting uses for VR. During the conference, Google showed a video demonstrating what it calls Expeditions, VR field trips meant for the classroom that utilize Google’s inexpensive VR device, Google Cardboard. Cardboard devices are literally cardboard boxes with a couple of lenses that you can slide a smartphone into to view 3D VR. Expeditions aims to take students to faraway places that they would normally be unable to visit due to cost and other factors. If students are studying coral reefs in science class, Expeditions can be used to allow them to get an immersive 3D view of actual coral reefs that could be filmed with Jump. 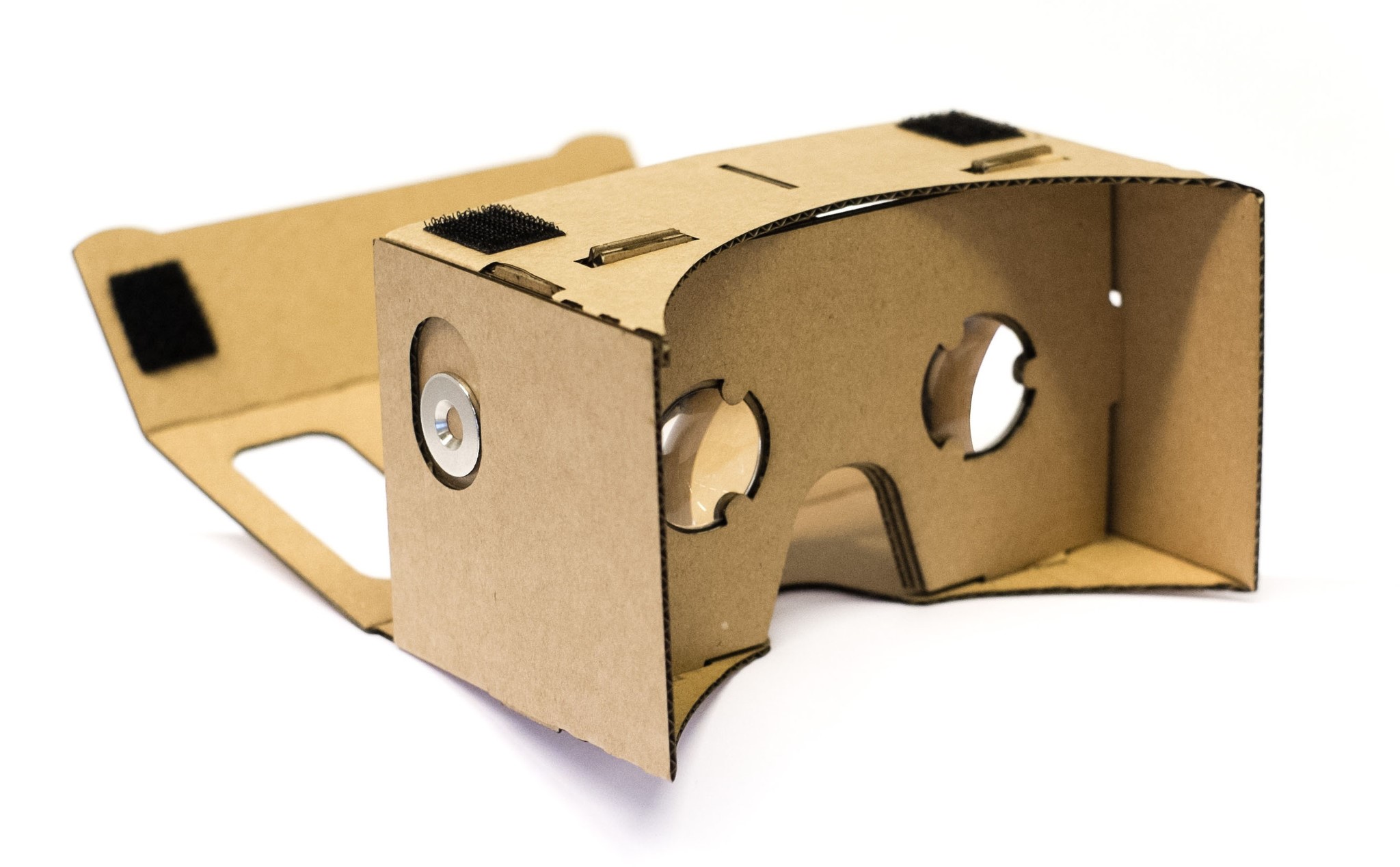 Similarly, these concepts and technologies can be applied to other areas including marketing, organizational education and training, entertainment, and travel.

Much like our real estate example, imagine sitting in and even driving a car in VR. You could visit an out-of-state college, tour a real theme park and maybe even sample a few rides, or walk down an aisle of a store and view real products in 3D before making a purchase. Simple 2D photos and textual product descriptions might seem archaic when you can manipulate a virtual, three-dimensional, photo-realistic version of a product before buying it. Have you ever wanted to attend an in-person conference or trade show, such as SAP’s SAPPHIRE NOW, but could not fit the trip into your schedule? VR could one day allow people to virtually attend a live conference in a more immersive way if camera rigs such as Jump are set up at the event and the technology is eventually able to stream video feeds in real-time (or at least near real-time). Attendees could feel like they are walking around a geographically distant convention center with other attendees who are physically attending the event, visit exhibitors’ booths and view them in 3D, and maybe even interact with booth representatives or other attendees via video chats. Meetings and events might never be the same.

Have you ever taken an e-learning as part of your job? They are a cost effective means of recording some type of training or educational lesson and publishing it for on-demand viewing by employees or “students” around the world. Now, imagine that you filmed some hands-on task using something like a Jump camera array. It would provide the learner with an immersive experience, a simulation that would allow the learner to get a feel for the environment in which he or she might perform the task. The learner could walk through the virtual world and examine what is happening from various angles. This could allow for a more accurate and clear demonstration of the task to be presented, thereby enhancing comprehension of the training (not to mention it might just be fun!). This could lead to more educationally-effective and cost-effective trainings, especially for physical tasks.

The concept of VR has been around in the video game industry for several decades. These past efforts failed due to limitations of the technology at the time, but modern technology has made significant improvements since then. VR in the video game industry is currently making headlines thanks to more modern efforts by companies such as Oculus and Sony. VR can allow you to feel like a character within the video game world, moving through and interacting with imaginative, completely computer-generated environments. However, imagine what a camera system such as Jump could mean for other entertainment media. You could soon experience a movie in first-person through VR. As you follow the main character around, you could turn and look around to view the character’s surroundings in 3D and feel like you are in the movie. Forget about visiting the theater to view the latest film on the big screen. A screen about the size of your smartphone might soon offer the most immersive way to watch a 3D movie.

VR could also be meaningful to people with limited physical mobility as it would allow them to tour places they might not have otherwise been able to visit and do soby viewing actual video footage of real places. However, everyone might be interested in the ability of VR to provide the realistic sights and sounds of faraway places. Combined with other sensory stimuli, such as a beach scent, light breeze, and some heat to simulate sunlight, VR could allow you to create a fairly immersive, multi-sensory simulation of sitting on your favorite beach. While it would not be a real substitute, it might just be the next best thing.

VR presents a number of opportunities for more immersive marketing and sales, educational, entertainment, and travel (simulation) experiences. Systems such as Google Jump that combine a camera rig, computational power to assemble the videos, and a platform to host the completed VR videos could make the creation and sharing of VR content easier and more mainstream. VR has the potential to alter user interaction in a way that could affect many businesses, and it will certainly be interesting to see how VR is eventually applied to these and other use cases in both the short-term and the more distant future.

What types of uses do you see for VR? How do you think businesses will be changed by VR? Please share your thoughts in the comments.