Codejam at Inwerken AG on the topics Gateway and SAPUI5

On the 21st of May it was that time of the year again: Inwerken hosted the CodeJam. The topics of the event were SAPUI5 and SAP Gateway. As experts from SAP we welcomed André Fischer and Frederic Berg. The appeal of the CodeJam for us is that it is made for developers like us: it is exciting, informative and straightforward.

Simply, a day with experts from SAP and a combination of beginners and advanced people who are interested in the specific topics and want to know more about the ideas that can be realised with these new technologies. The participants who have advanced knowledge used the opportunity to clarify specific questions and gain new perspectives on various issues. Participants with less experience got a very good overview regarding the possibilities of SAP Gateway and SAPUI5, what to watch out for and the possibilities to tinker with the system.

The task for the session was to create a UI5 application which got its data from the gateway. This E2E scenario helped demonstrate the configuration of the connection between the systems, the consumation of the Gateway Services (data binding) and the presentation of the data. These ingredients helped set the foundation for further implementations. The systems necessary for these implementations were located on the SAP HANA Cloud Platform (HCP), the SAP Web IDE and the SAP Gateway System, which were provided by SAP for the CodeJam.

„Now that we have the solution, lets find a problem“, a participant declared while we were grilling that evening. Because of the novelty (regarding SAP solution approach) and the openness (of the standard) new ideas for problem solutions were developed which were hardly possible so solve with SAP products before. When the foundation for the usage of SAP Gateway and SAPUI5 has been laid in a company with a first application, it rarely takes a long time until the demand for applications is created in other departments which can be met with the new technologies.

Here are a few pictures of the event: 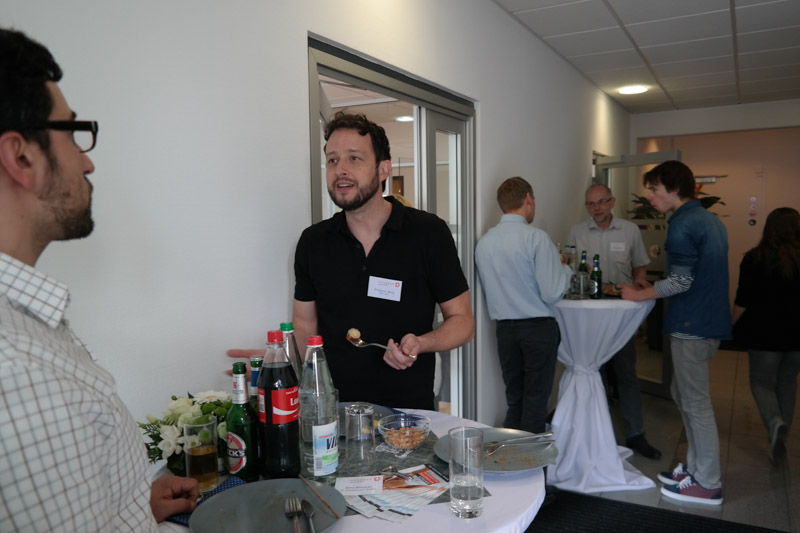