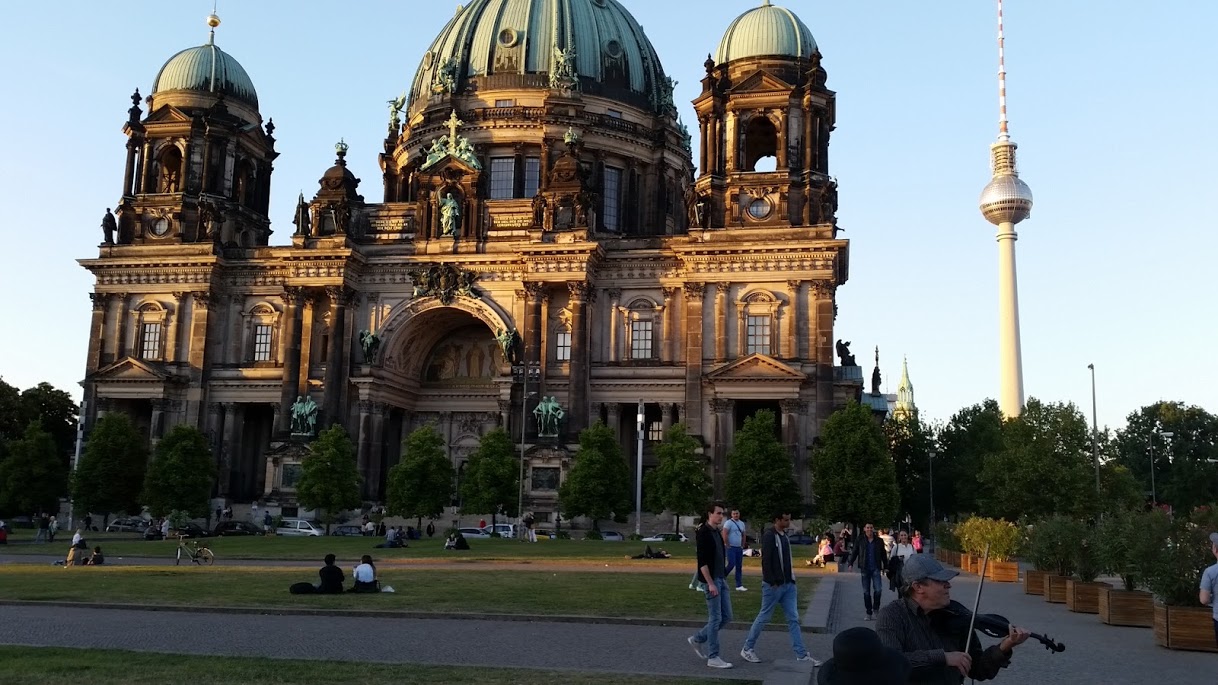 Last week, I was lucky enough to attend a very creative Berlin event focused on blue-sky solutions for the challenges of an urbanizing world. The day-long sessions, co-hosted by SAP, an SAP customer, the Technical University of Berlin, and the Senate of Berlin, attracted over 100 entrepreneurs, government officials and academics, many of whom were in Berlin for the larger program of events associated with Berlin Asia Pacific Weeks 2015.

With a metropolitan population of just over 3.6 million, Berlin is relatively modest in size compared with the world’s other great cities, yet punches far above its weight in global profile. Tourists, artists and tech entrepreneurs are flocking to the city. Other cities pay big money for marketing campaigns to achieve these economic development goals; Berlin is able to simply capitalize on organic popularity.

History looms large in Berlin, and the city has achieved something unique: transforming a challenging, complex collective memory into an atmosphere of remarkable civic cohesion. It is a city whose citizens are unafraid to assess, celebrate and, wherever necessary, confront their past, and to honestly share that experience with…everyone. As travelers, we project our own emotions on the places we visit, and I found that walking through Berlin gave me tremendous hope. Berlin proves that even seemingly intractable problems – for example, a certain wall – can be overcome. We face no shortage of seemingly intractable problems today; as with that wall, solutions could appear with startling speed, if we allow them to.

There are many tangible, logical reasons why Berlin’s vivid history has made it a hotspot for business and creativity. Real estate, at least until recently, has been relatively affordable by western European standards. Berliners have always been at the forefront of technology and the arts; and reunification provided many development opportunities. Yet I think there is something more; something emotional – I think today’s vibrant, fast-evolving Berlin is a built expression of resilience, commitment to tolerance, and the incredible possibilities that follow.

In that vein, Berlin embraces its future as thoroughly as it embraces its past. As the local economic development agency puts it:

“The city is a lab for everything we aspire to for urban life in the 21st century: efficient infrastructure, informational networking, environmentally friendly mobility, creativity and the combination of high efficiency and high quality of life.”

Berlin is indeed a unique urban lab, and this is why SAP saw Berlin as the perfect place to brainstorm ideas that complement our Urban Matters initiative. While there is much well-placed excitement about how technologies like sensors and the Internet of Things can transform urban life, we have learned, alongside our customers, that the right management and business processes are essential. We saw this with the first waves of e-government starting in the 1990s and the same holds true today. The acquisition of technology like sensors is just the beginning. Remember that even traffic signals were a radical new technology in their time. Lightbulbs aren’t all that complicated – creating a consistent, reliable and widespread system, usable for all, was the even bigger challenge.

Our guests in Berlin naturally had a lot of technical ideas, for example capturing the kinetic energy applied by feet and vehicles to urban surfaces; or harnessing geolocation in smartphones to make routed taxicabs a more efficient private complement to public transportation. Another idea, though, showed that policy and management decisions matter just as much: based on labor issues in Malaysia and elsewhere, one team suggested a program/solution to legalize, regulate and tax foreign-born domestic labor.

We were fortunate enough to have former New York City Deputy Mayor Stephen Goldsmith with us to reality-check the viability of the teams’ ideas. He gave frank feedback; happily, about half of the ideas passed his litmus test.

We’re looking forward to doing more in Berlin and to partnering with customers and leaders in other cities to brainstorm further urban innovations. If you have relevant ideas for venues or topics, please let me know. 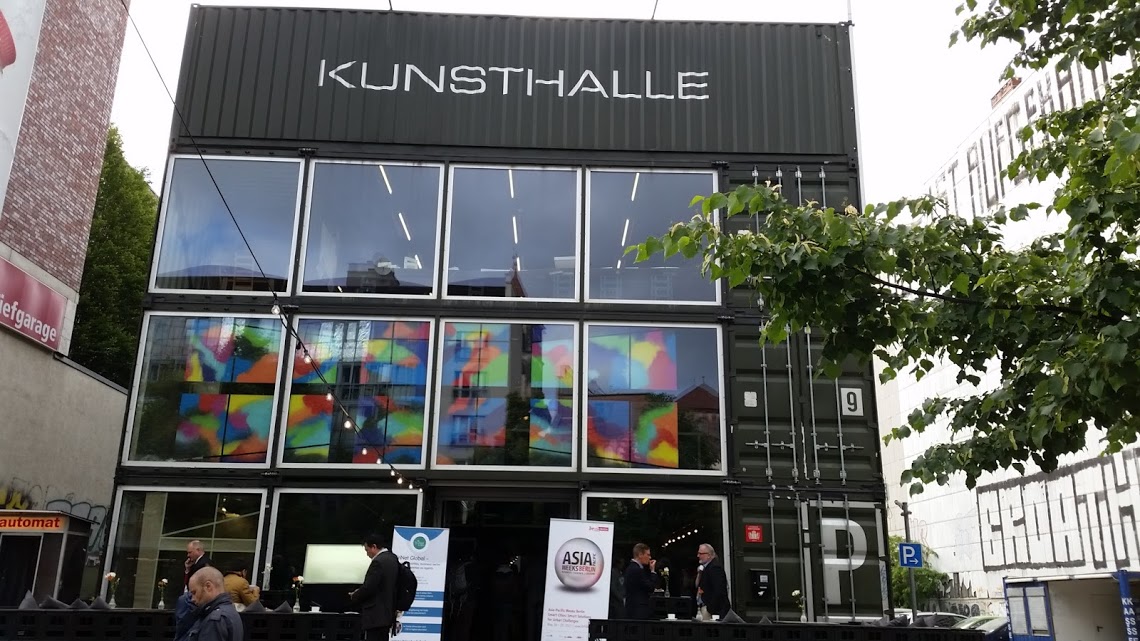 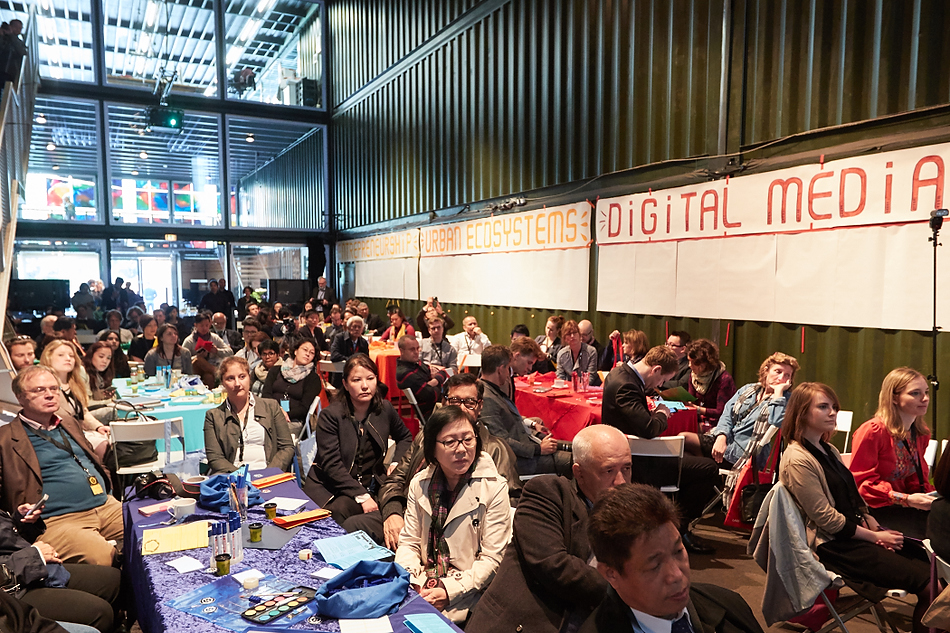