Pioneers in Skirts – How to Stay Ambitious in the Workplace

Bain & Company recently released a survey that revealed after two years of employment women lose their aspiration and confidence to reach top management positions in their companies. Although women with less than two years on the job have slightly more ambition than men, those with more experience see their ambition plummet.

What happens in those two years?

Last month the New York City chapter of the SAP Business Women’s Network welcomed two documentary filmmakers who are trying to answer that question – and find a solution. 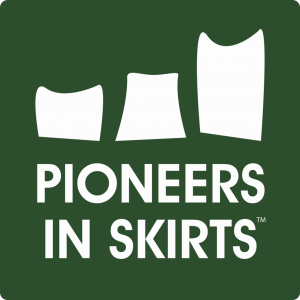 In her first year out of film school, director Ashley Maria found her ambitious attitude changing due to the insecurity she felt in a male-dominated industry. She decided to use her filmmaking skills to investigate the obstacles of the industry and tell her own story. The project evolved into a documentary called Pioneers in Skirts, exploring how every woman – across every industry – can be a pioneer in pursuit of her career.

Ashley is not only the director – she is also one of the film’s subjects. As she has interviewed countless women, from ambitious teenage girls to powerful CEOs, she has learned how women can fight to keep that ambitious attitude and succeed in the workforce. Here are three of her top takeaways:

Women's progression in society is also a generational aspect. After each generation, it's getting better and better in every country in the world.