We will start the blog with meme that we keep on see online “We can get you to believe anything that we say as long as we are using “New study shows” in front of it.  This blog is a part of an assignment task we have done on using the SAP Lumira analytics functionality for the Business Analytics unit in our Master Degree in Victoria University .In this assignment we were asked to choose either exploratory or explanatory analysis. We chose exploratory because firstly, it will push us to try our capabilities as evolving data scientists and secondly it will give us an insight to major data related issue in the sector no matter what dataset we chose to analyse.

Our journey started with Dr. Paul Hawking’s scary announcement “your 2nd assignment going to be about Domestic Violence”. Just for a minute we thought what does domestic violence has to do with Data analytics. But when we hunt for raw data for the analysis we realized how difficult finding raw data can be and what relationship it has for Analytics. For more than a week both of us were piling up data sets in different formats from many sources such as;

Each of sources had different formats of data. While some of them were excel some were pdfs, even among those types had different table formatting. This took us on a long journey of data cleansing. At one time of the journey our desktops were full of excel worksheets. After we cleansed the data we thought we were done with the hard part of the assignment. But, we were in for many surprises!!!!

User friendly SAP Lumira made it easier for us to find the story from the datasets we have had. Lumira is a type of tool that can make an ordinary person into a visualization master (at least it transformed us)filled with passion about  the visualizations that Lumira could create for us and simplify our task of  conveying a meaningful story from seemingly impossibly large set of unrelated numbers we played around with all of its tabs , made numerous  visualization( we have lost the count ) and would  constantly communicated to each other our discoveries with the datasets and any relation that  we would find in the numbers. We were transformed to (at least in our head) some super cool and super intelligent data scientists keen on analyzing datasets. Experimenting with it, sharing our findings, and then crosschecking if they are true when explored further.

By now we had also realized that data can be molded to support any theory. We also became so much skeptical of the newspaper headlines would generalize something to suit their or popular story and not tell what the data says. We needed to make sure that we are completely accurate about what we are saying. We became bit relaxed that after weeks of hard analysis we have a story and some amazing insights into the data and we know SAP lumira like we own it. But we came across this problem when we create Geo charts which we could not find the Victorian Local government areas Knox and Mitchell in the Lumira. 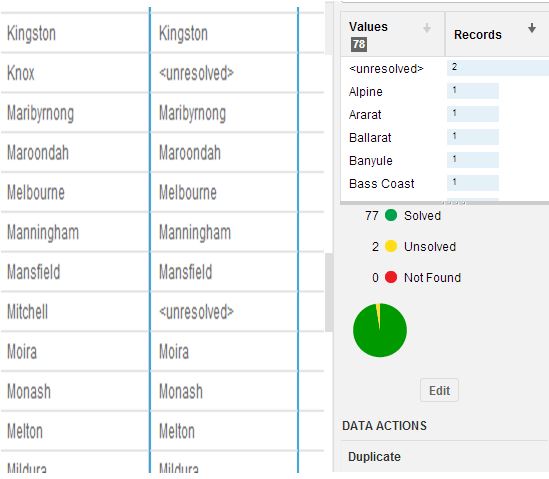 Even for this major issue there was an answer in page 32 of SAP BusinessObjects Explorer Administrator’s Guide-SAP BusinessObjects Business Intelligence platform 4.0 Support Package 5. After editing the relevant “names.csv” to include our needs we got into creating Geo charts again.

As the date of assignment approached near, we were like we know what we are doing so we were in that chill mode. But when we sat again with data, with all those infinite visualization we had, and all the research we had, and with all the insights and experience we had gain that data can be manipulated, we grew skeptical of our own work. We questioned ourselves, our intentions, our theories, our visualization, the relationships we had found……Trust us too much learning can be nerve wracking!!!

We needed the perspective of a fresh person, because we had gotten so used to our data, the theory we were trying to say and the visualizations we had made that it was in our skin. We knew by heart what which graph looked like and what were the contents of each and every graph and table. We showed our story, visualization and theory to Achala. It was like a trial run of our experiments. We were bringing this result out for the first time from our laboratories of SAP Lumira into the world and to a tough critic so that we can know the hard and bitter truth that was our story any worthwhile. With bated breath we waited for her reaction and if she could understand what we were saying… Phew!! Trail run was success!!!! She relived us from the self-doubt that has gripped us and not to mention the stress. Because we thought we had been beating around the bush all these weeks.

Now that we had composed a story, we had to make a video, which we thought would be easy. Again, we had not learnt our lesson, that Dr. Paul Hawking would not give you any easy task. We sat making video but how do you let go of all the lovely visualization you have created and select only the limited the best ones (just to suite 10 or 15 storyboards) and trust us Sap Lumira does the magic and all the visualization are actually the best, it’s hard to let go any of them and the realization that all this hard work will never become part of your video is heart breaking but we sacrificed them for the greater good of simplification and easy understanding of story. 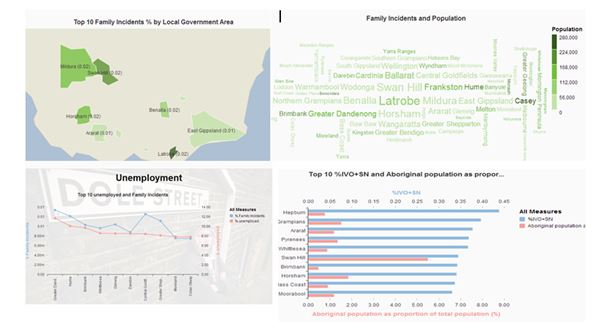 Some visualization which were included in our Story…

Another huge stumble …. Voice the video. What!! You kidding, “I sound horrible… people will die” was both of ours reaction….God! We need voice artist…

To make sure audience is safe and alive at the end of our video, we had to sound our best and be sure that the audio description matches the visualization being shown on the video at that particular instance…. And Boy!! Even when you know what you want to say, which is always too much how you filter to bring it down to a terse, effective and to the point sentence. Any guess????

We both wondered what would happen if we were actors, we would take like 5 years or more to make a movie. But we are glad we are not actors because Dr. Paul Hawking’s had through this assignment and through Sap Lumira made us so passionate about data, especially raw data and the beautiful insights it can give us that all we know think of ourselves is as data scientist or data artist… 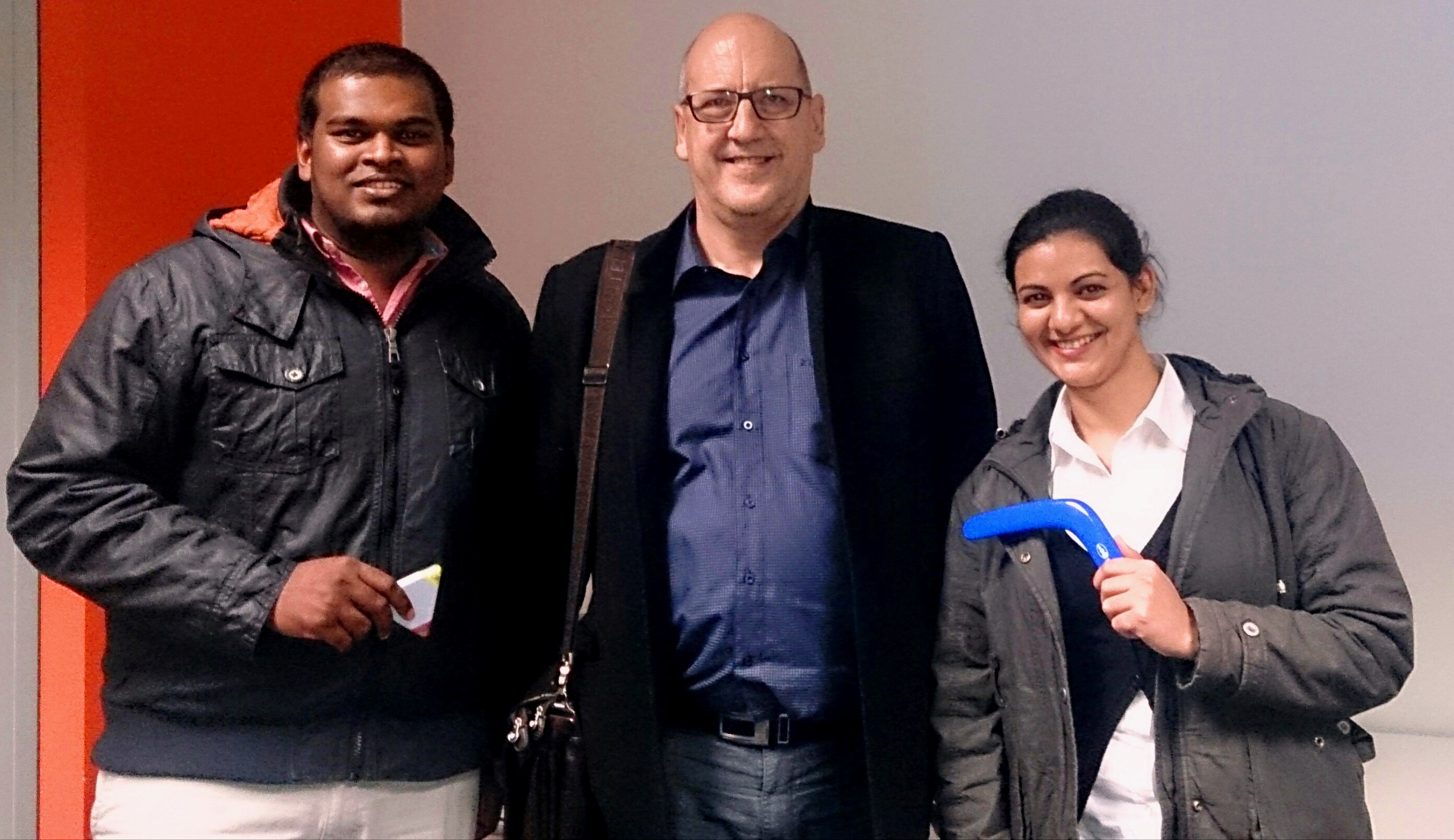 Great work! Great team! This blog is as good as your video guys! Bring us more stories.

Thanks Nithya for the comment. We'll bring you the next story very soon....

Now I'm curious about the video. Is it somewhere online?

Here's the Video link for you Joke!

Nice video. And I'm suddenly happy we don't have internet at home.