“Moving On” is always “Leaving Behind”

After about six years, I’m leaving my current employer. In the recent years, I’ve contributed a number of blog posts and other items to the SCN, and I intend to continue to do so. My previous user account, volker.wegert2 (actually, volker.wegert iswas one of my accounts as well, migrated from the employer before that, but never used actively) was tied to my S-user which in turn is tied to the customer number of my current employer. The S-user will be locked down in the not-too-distant future. Since it was not fully clear where I’d end up, I contacted SCN support and asked for instructions on how to relocate my SCN account so I could continue to use it. To my surprise, I was told that’s not possible yet, and since the SCN user management was more complex than anticipated, it is unclear when this will become possible. 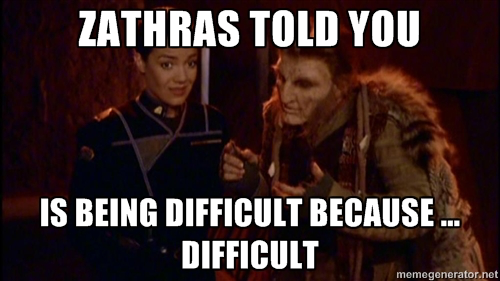 (In memory of Tim Choate)

So, for the time being, I’ll have to say goodbye to the points and badges earned so far:

Worse than that (for me), I won’t be able to maintain my old blog posts any more. And worse for my (few) followers – you will have to re-follow my new user volker.wegert3 if you would like to stay in touch.

(I would have liked to post this blog in my (new) personal area, but I can’t – I’ll have to get past the “moderated user” stage first.)