When connectivity is available, the mobile app should synchronize data between the device and the server. The synchronization happens in two stages: 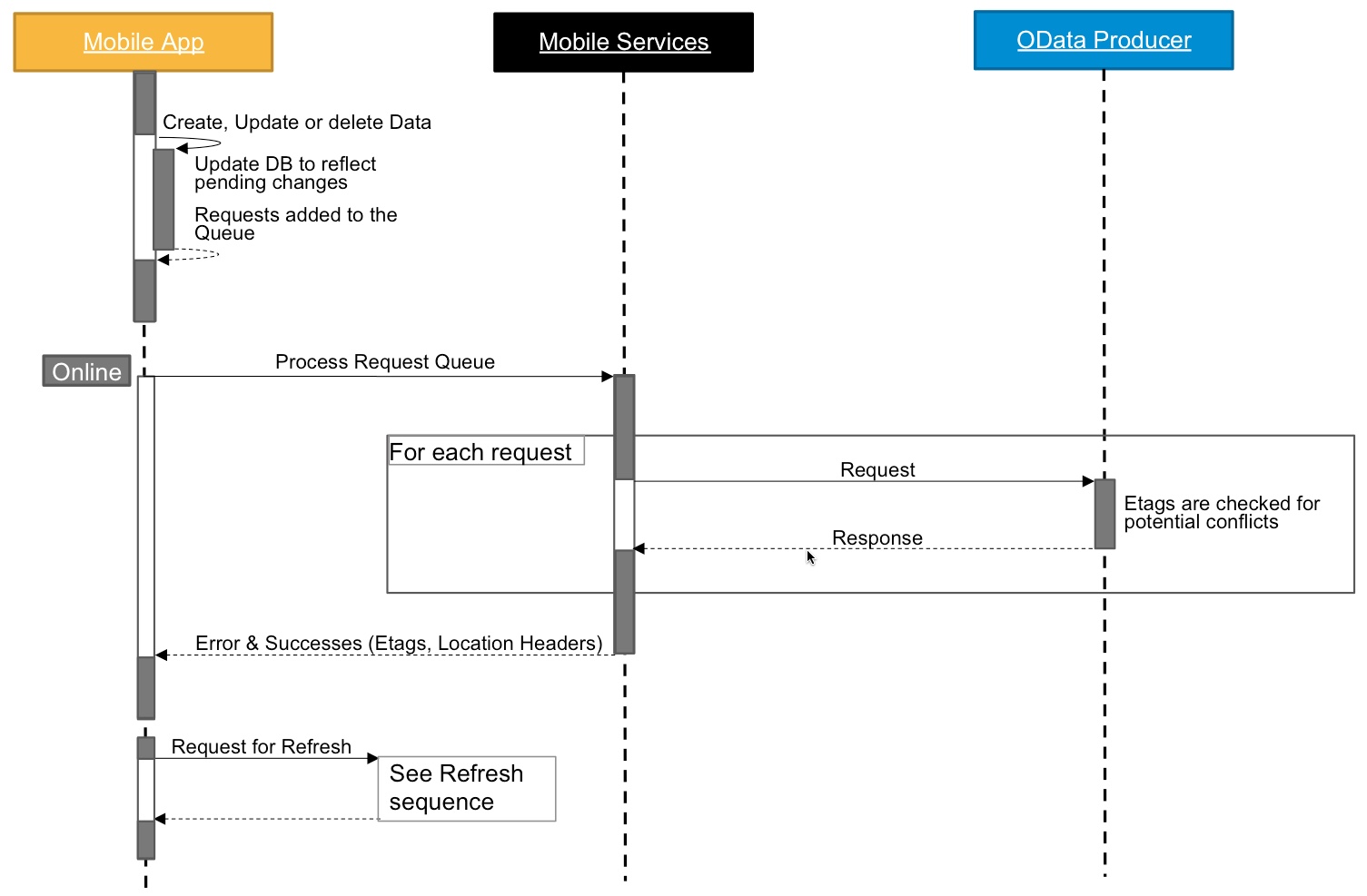 The offline store provides synchronous and asynchronous method to propagate the local changes. The EntityCollection class is using store.scheduleFlushQueuedRequest, which receives a flush listener as a parameter. The flush listener implements ODataOfflineStoreFlushListener and can be used to get progress updates of a flush operation.

In OData based mobile apps, the mobile app can use filters in the defining request to reduce the data that will be available offline. In order to manage the frequency of the synchronization, the mobile app can leverage the native framework (i.e AlarmManager) to schedule the application to update data at some points in the future. 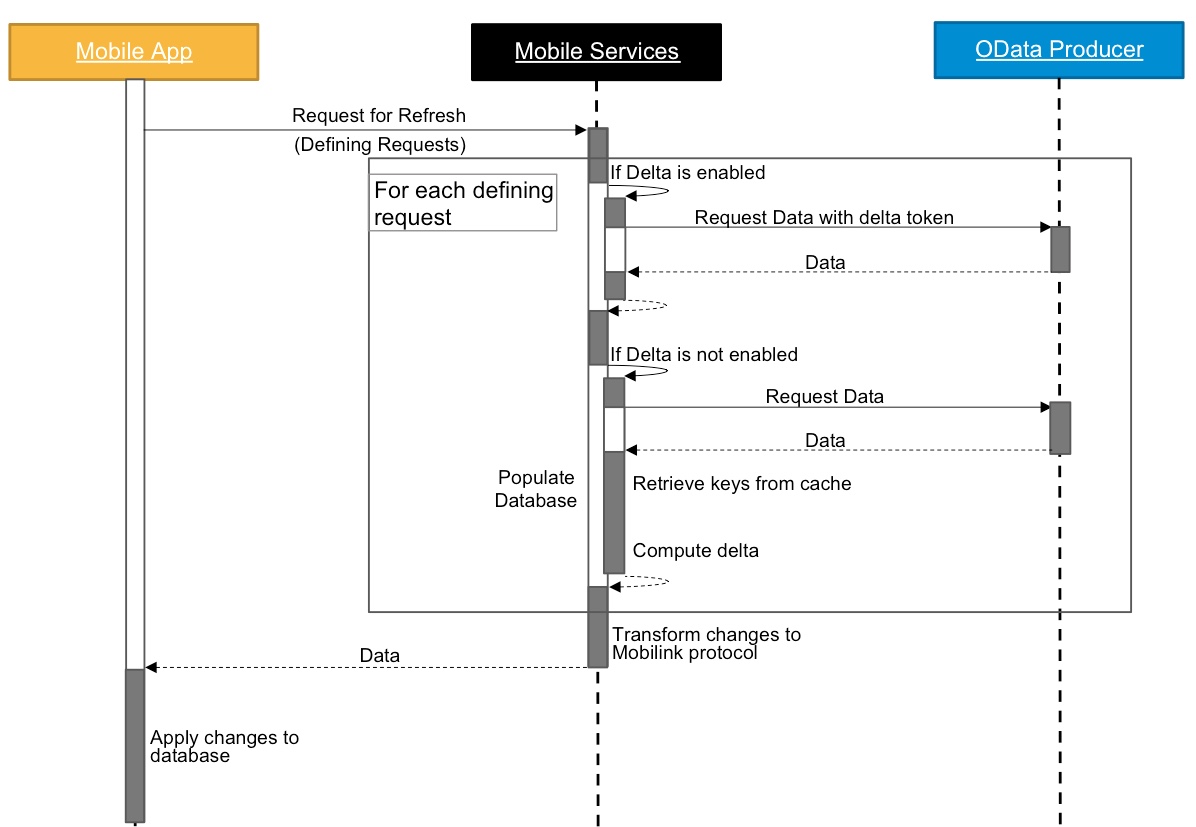