This was an ASUG webcast the other week, with a focus on BI (not predictive, HANA)

There have been multiple BI license models over time 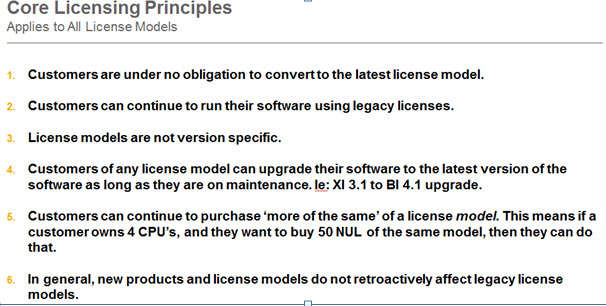 There is no obligation or requirement to convert licensing

SAP wants to be transparent in license models

CSBL are for casual users that don’t require guaranteed

In the CMC configure NUL or Concurrent 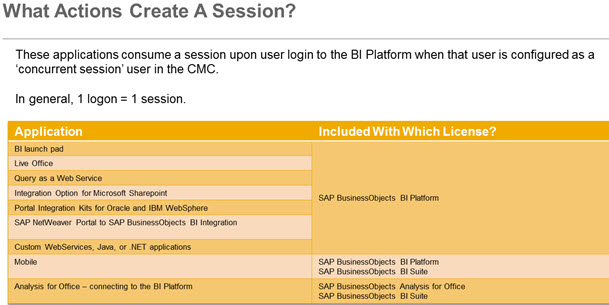 It is still one session if navigating between sessions Part 2 is coming when time allows