On-boarding is the process of registering a user and giving them appropriate access to data and applications. MBO based mobile apps built in SUP 2.x/SMP 2.3 must register with the server before establishing a connection. Similarly OData based mobiles apps built in SMP 3.0 must on-board with the server before accessing backend data. However, this registration process for MBO based apps is completely different from the on-boarding process for OData based apps. In consequence, developers who want to migrate android apps from MBO to OData are required to rewrite the login screen. In the following section, we will compare both registration processes to guide your through these changes.

In order for MBO based mobile apps to register with the server during the initial application startup, developers must:

In order to use the MAF Logon component, developers must

You can find in this guide How To… Setup MAF resources in Android Studio details about how to:

Below you will find screenshots of the LoginActivity for the sample MBO based app and the OData  based app. 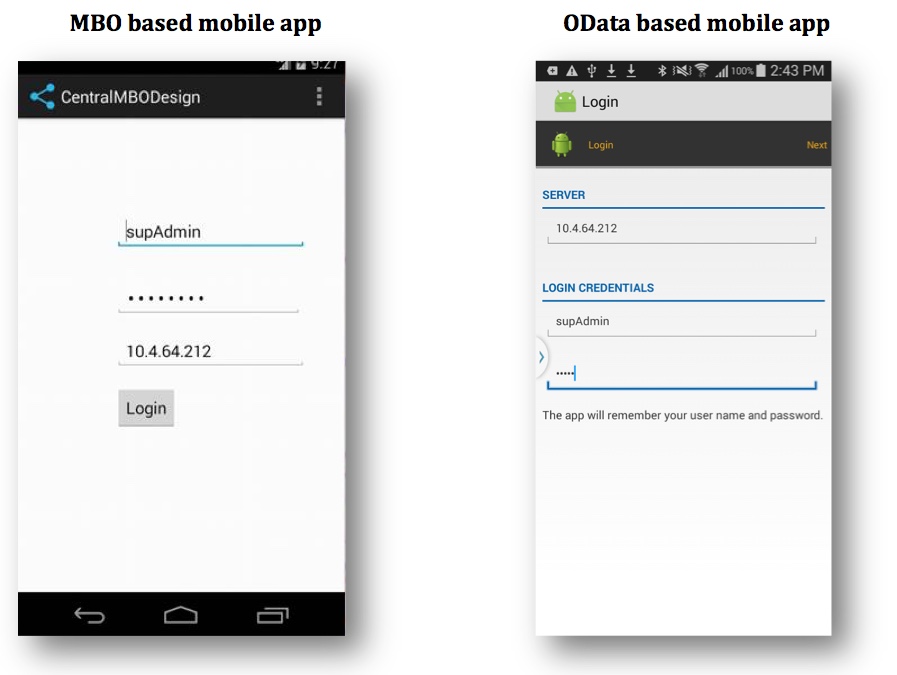 Please note we have submitted this sample app for publishing and it will be available on a public Git repository soon.