I’ve been working on SAP customer projects in cloud-like environments for the past several years. A large portion of these have been BW on HANA in the cloud. Customers will very often point the finger at HANA as the cause of performance issues after moving their BW to HANA and into the cloud, but HANA is rarely the culprit. The same questions always seem to come up, so I decided to jot down some lessons learned.

We all know that BW by itself doesn’t do much. Referencing the famous picture below, we know that there are multiple interfaces required. We need data sources from which to get the data, whether this SAP or non-SAP sources. Some options to get the data into BW are native BW extractors, SLT or Data Services. Depending on the use case, the implementation could use one or more of these solutions. The open hub services allows the distribution of outbound data, but I don’t have much experience with this. Why would you want to send the data anywhere else if it is sitting on HANA? There must also be a way to consume the data. These can include BEX Analyzer, BEx Web or an integration with BOBJ BI using dashboards, BI Launchpad or Crystal Reports. 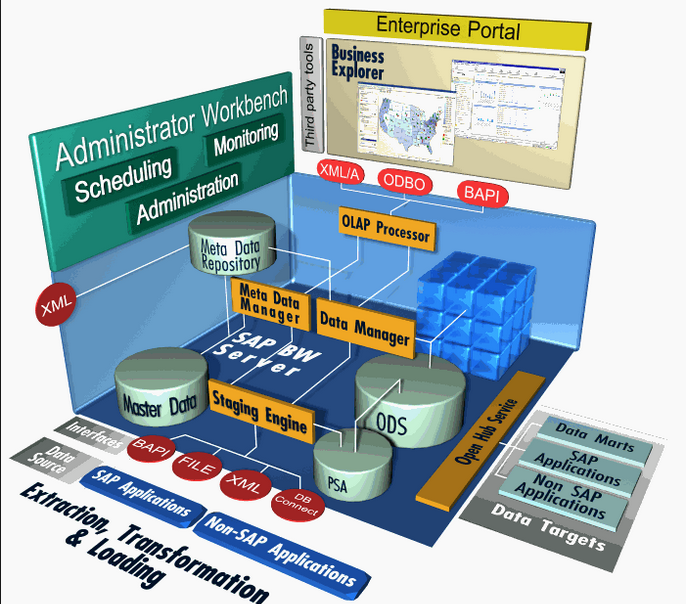 I would say 90% or more of the BW on HANA projects I have been involved in included a BOBJ BI implementation. The other common systems I see deployed are SLT and Data Services. From experience, it makes sense for some of these systems to sit in the same physical location as the BW on HANA. What can seem like HANA performance issues to the customer are more often latency issues between systems.

On to some of more interesting bits. I’ll assume HANA and the applications are sized and architected properly. We won’t discuss diagnosing HANA or application performance issues, but potential issues with network latency and bandwidth and how to manage these challenges.

I would say an SAP system could be considered a tightly coupled system. What I mean by this is that the database and application tier must sit in the same location and work in concert to ensure smooth operation. On the other hand, I would argue most SAP landscapes can be considered loosely coupled and it is ok to separate the systems by some distance. Although, there are some architecture decisions that need to be made to ensure satisfactory performance in a hybrid cloud environment. When systems are all sitting in the same location connected by a 10G network connection, latency and bandwidth is usually not a concern.

Disclaimer: This is only an example. These numbers were provided during testing by the customer. 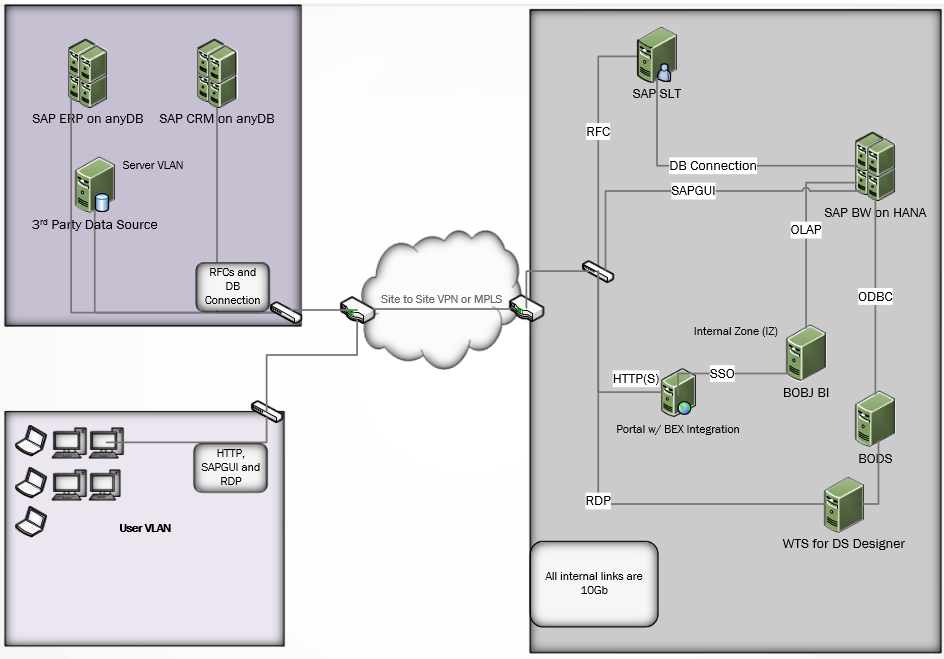 I hope this is helpful. Again, this is my experience over many implementations, but would love to hear any experiences others have had with hybrid cloud scenarios.