We received more details today in an ASUG webcast.  The usual legal disclaimer applies that items in the future are subject to change.  Most of the features below were shown in a live demo during the webcast.

The most common question – when will 1.5 be GA?  Answer is planned for late May or early June. 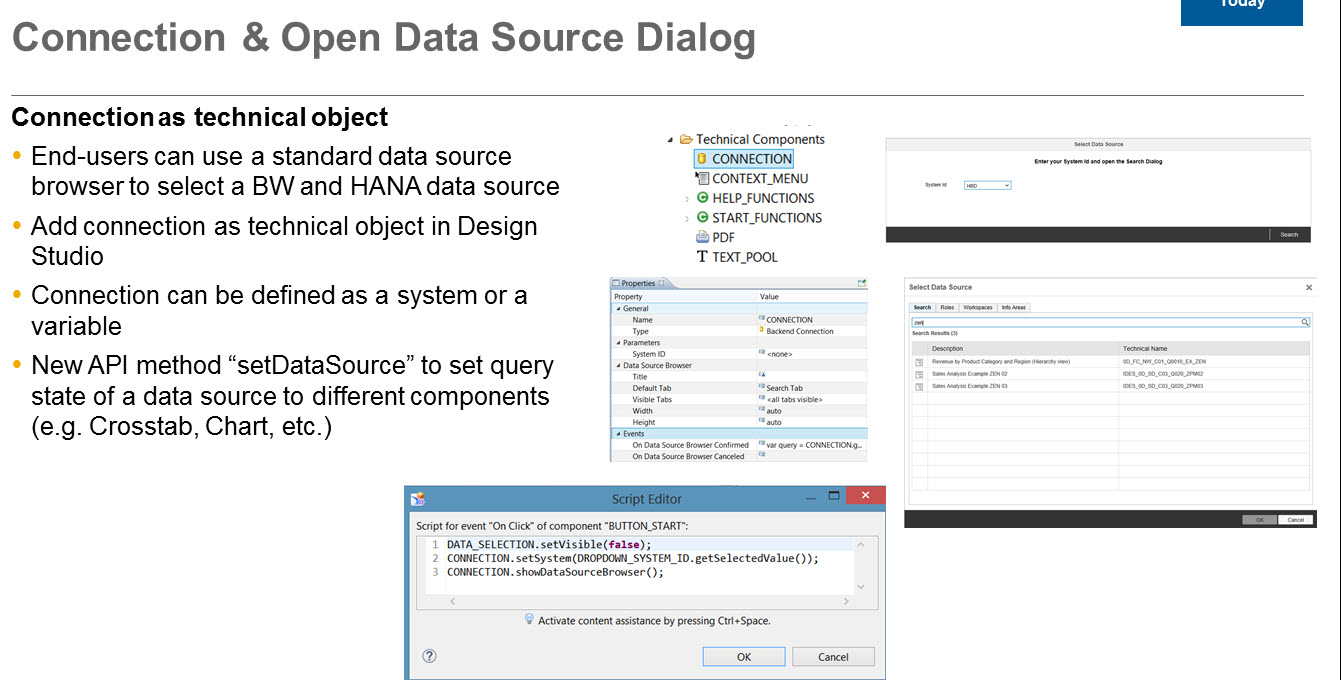 This was shown at run time in a demo, where the user can select the system and data source at run time.

In the demo, we saw the filters done horizontally as shown in Figure 2

New navigation panel features were also shown in the demo, using several new templates that are planned with version 1.5 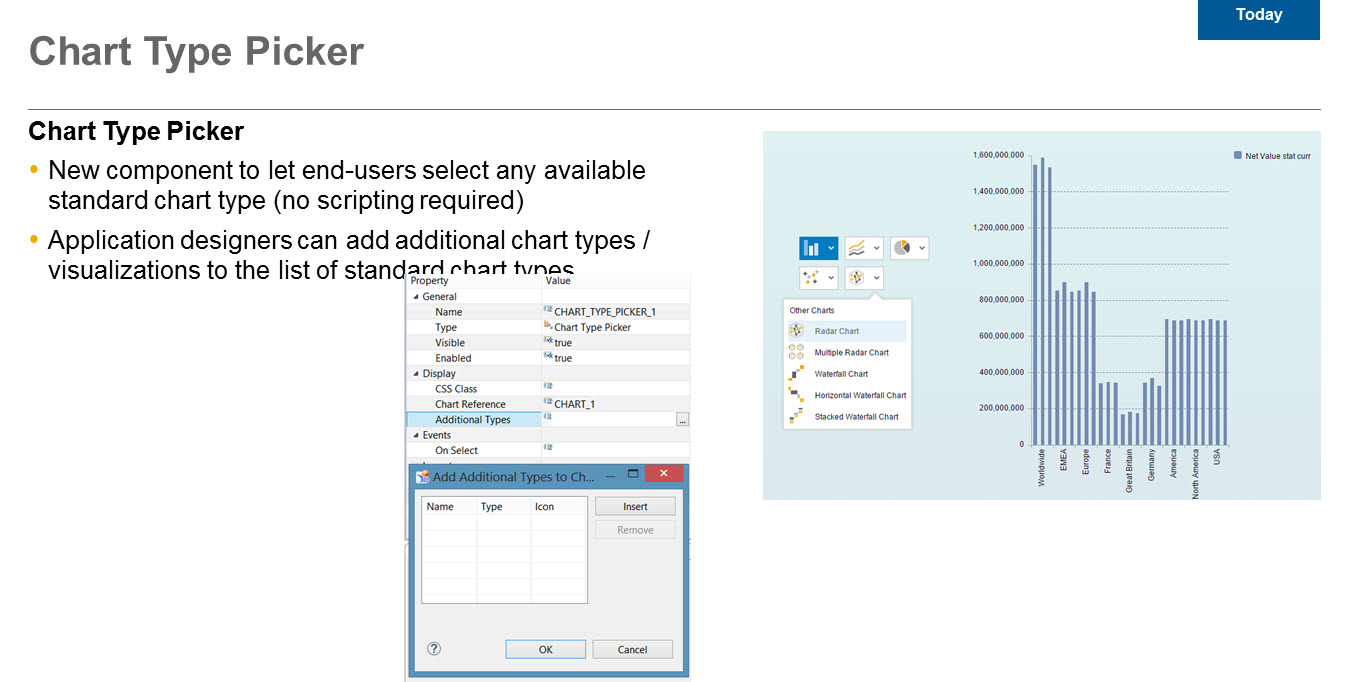 Figure 4 was also part of the demonstration with the Lumira-like chart type picker. 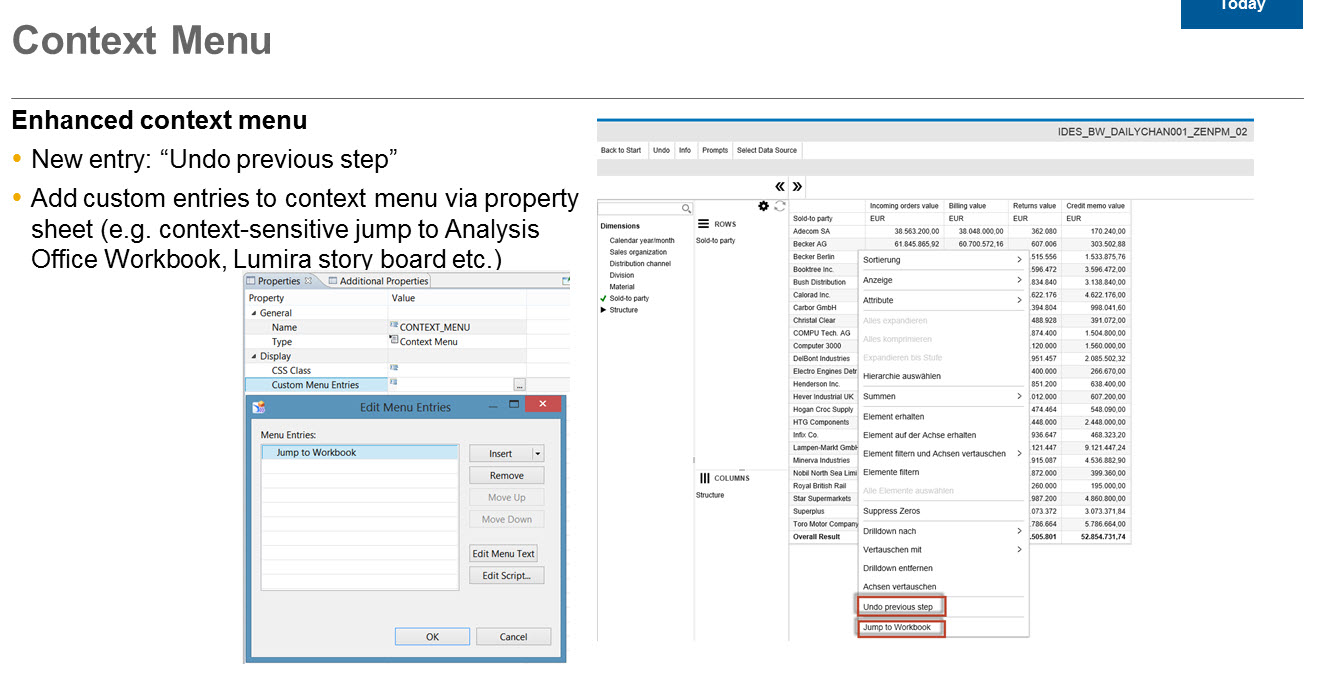 During the demo, SAP said there is more context menu customizing with Design Studio 1.5 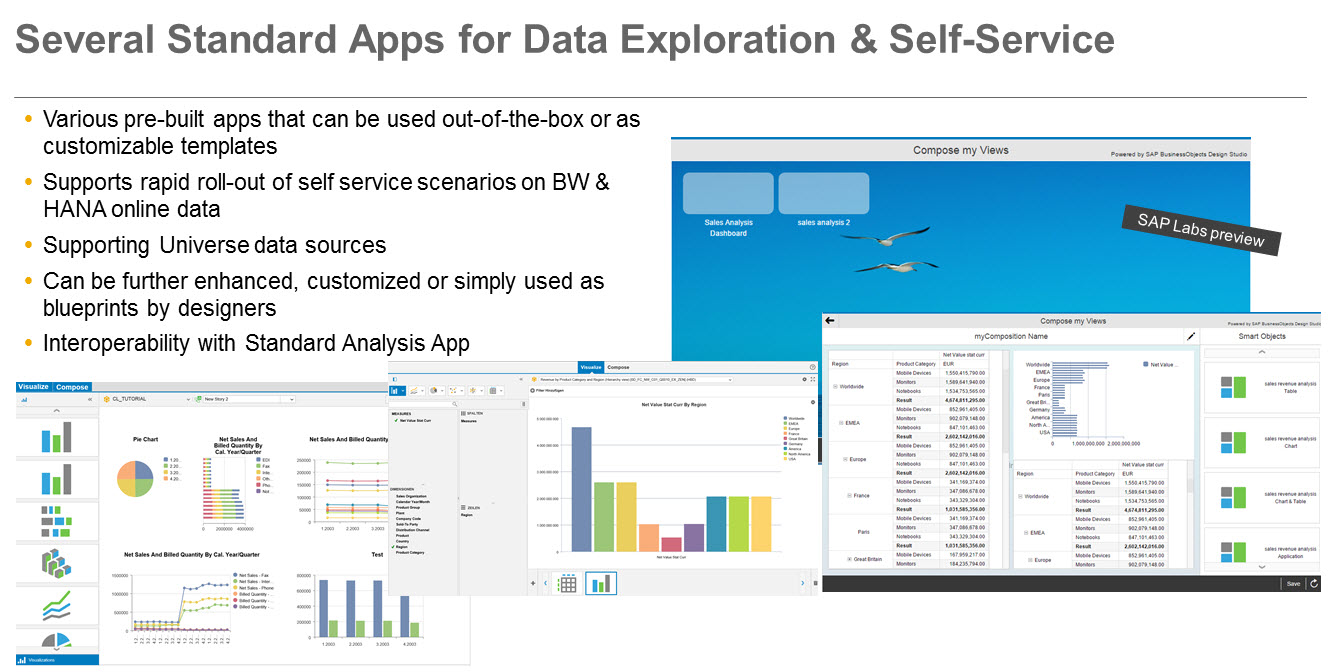 Figure 6 was part of the demo with new online composition templates that can be used “out of the box”.

Not discussed too much during the webcast but interesting to see multi selection enabled in the crosstab.

Offline is more browser based, not mobile.  Expect more enhancements here per the planned roadmap. 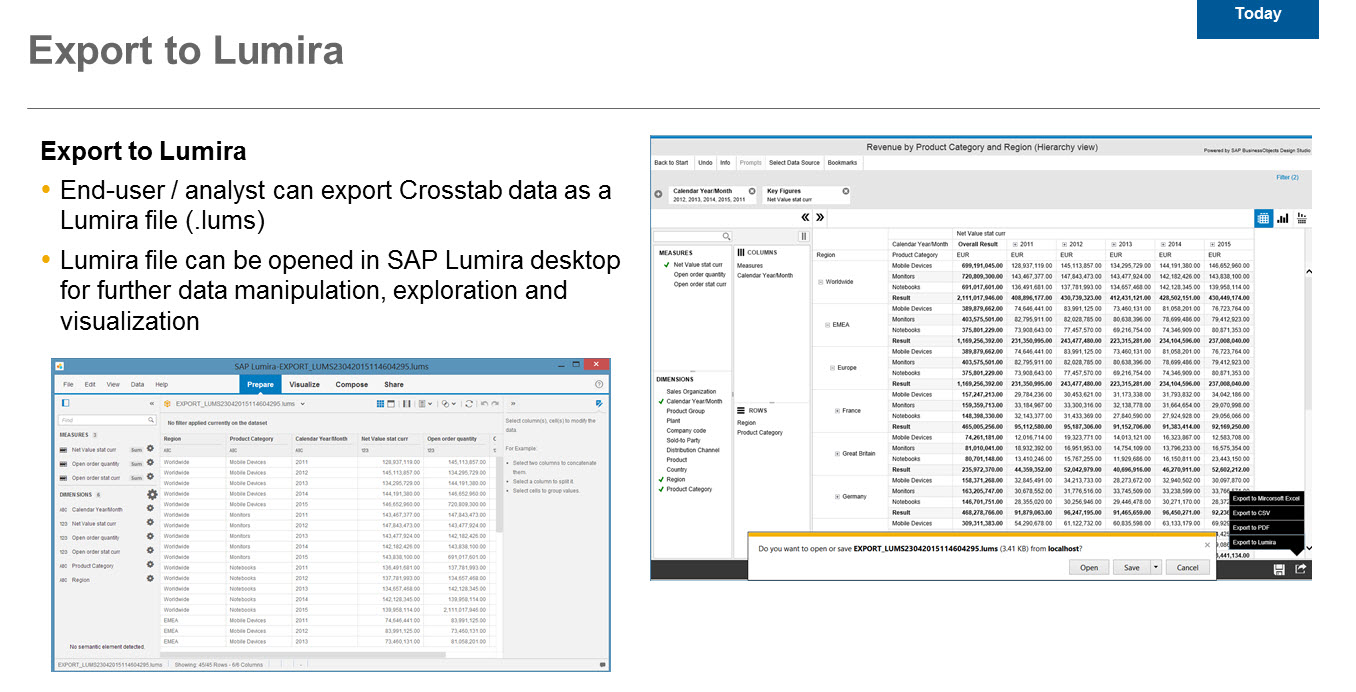 The scenario is to analyze in Design Studio data, do filtering, then reuse in Lumira, right mouse click export to Lumira, data generated as Lumira.  On the right side, export to Lumira, open in Lumira use Lumira for data analysis or mash up

On Figure 10, SAP said you can run datasources in parallel – independent of back end system 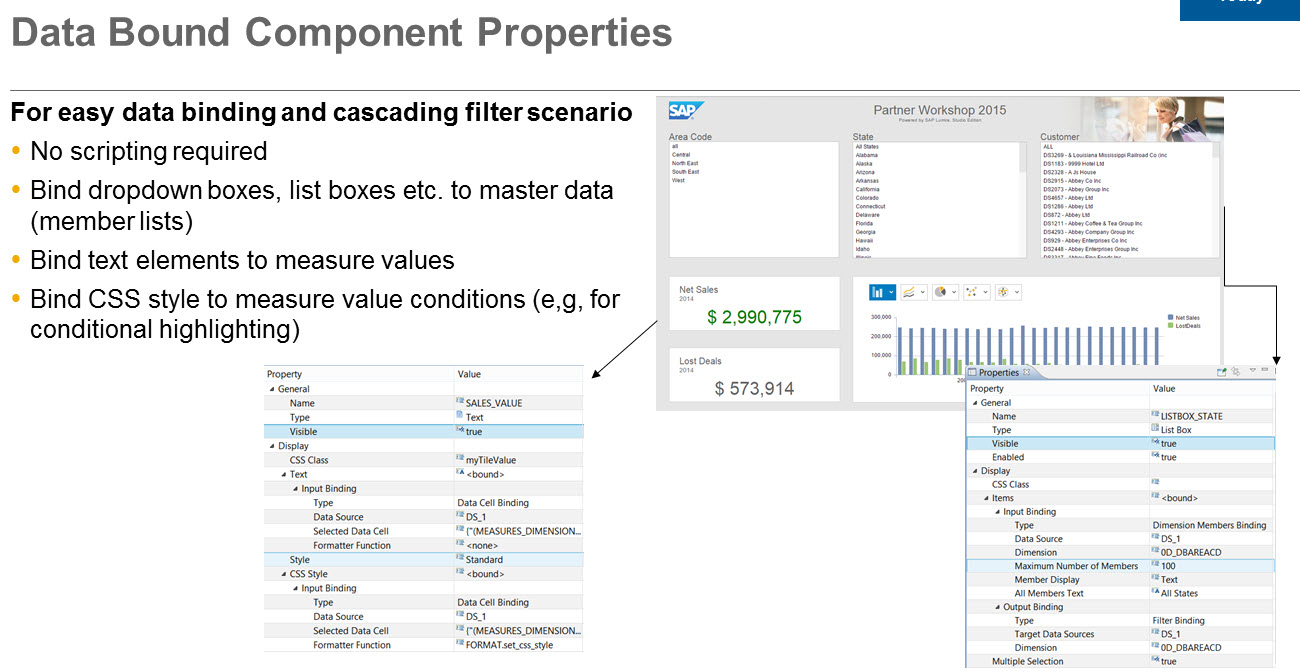 Today you use scripts for some of these components but in Figure 11 the scripting can “go away” using the data bound component features.

Figure 12 shows bookmark administration on the BI Platform.  It was not covered too much during the webcast

Figure 13 was also not covered/discussed during the webcast, but since there have been questions here on SCN, this is included.

Figure 14 shows you can use the http data connectivity to HANA.  Support for all single source databases (multi-source universes are not supported)

Much of this has already been discussed here on SCN, including display attribute support for the SDK in 1.5 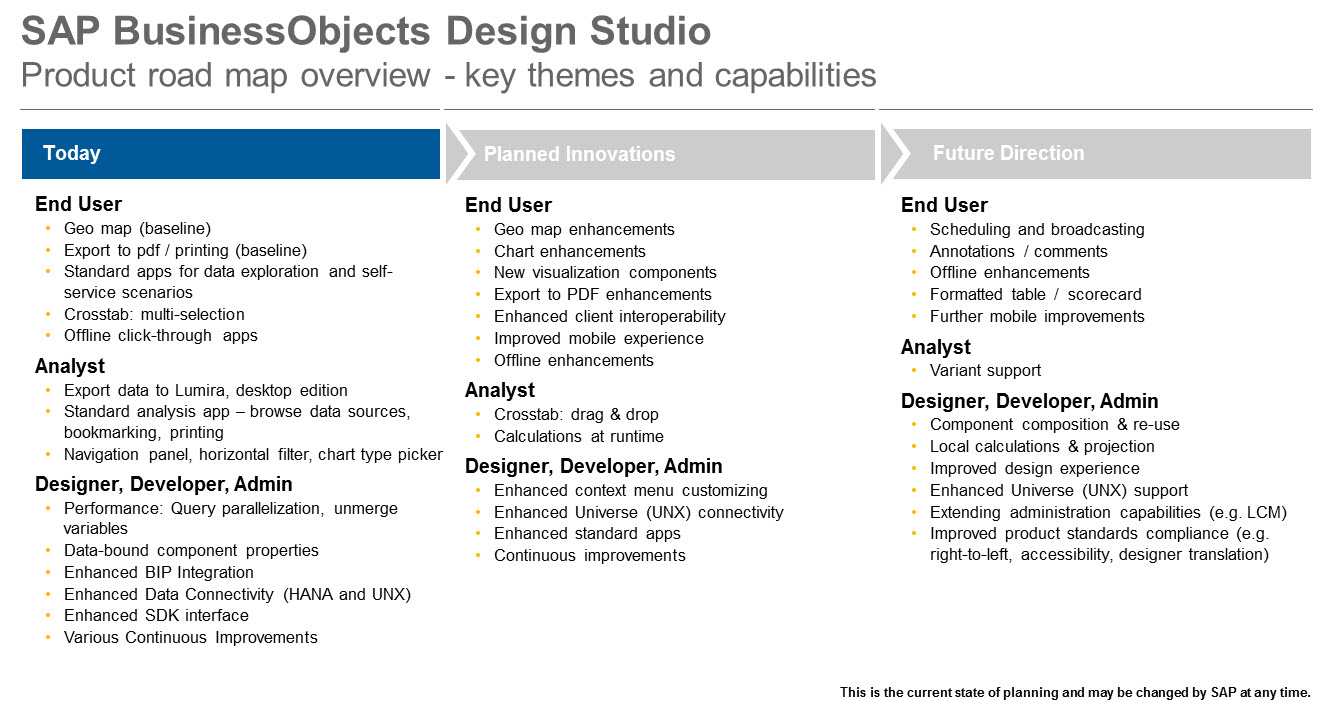 Today in Figure 17 means release 1.5; SAP said they are almost at end of Customer Validation 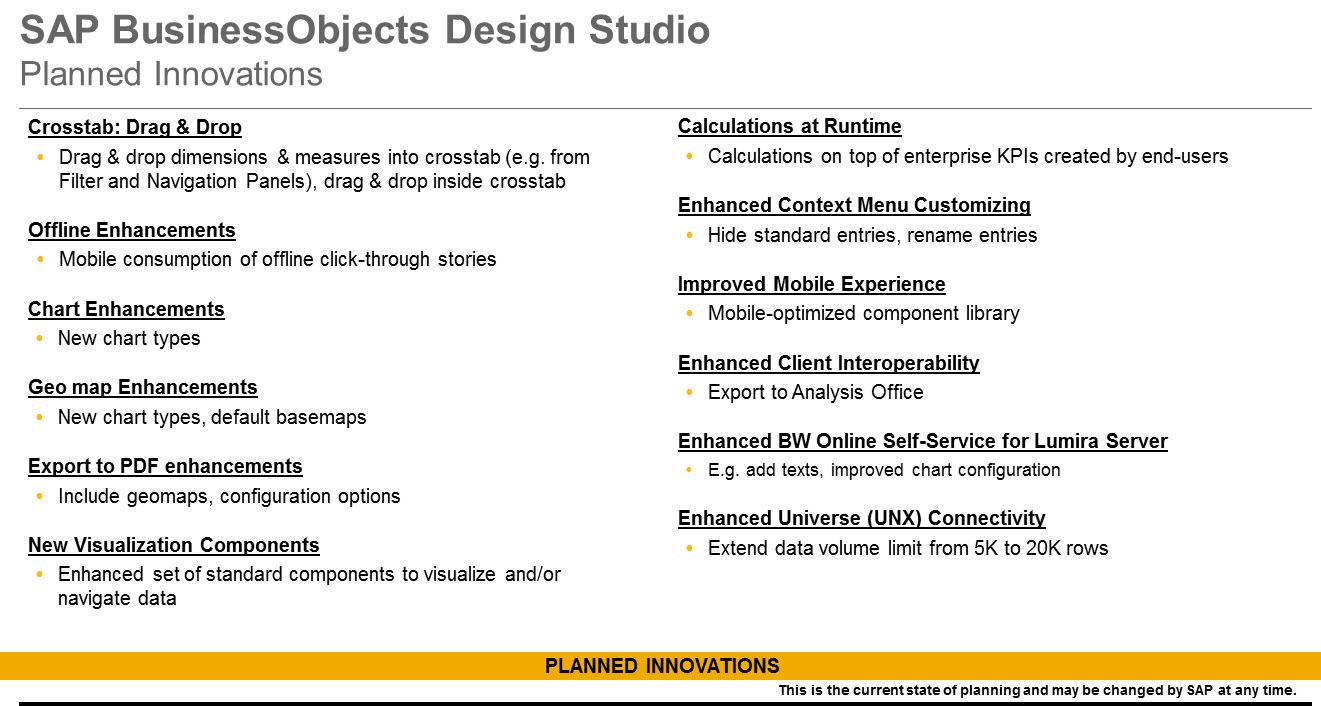 Planned innovations is expected after the release of 1.5 and includes offline mobile features and the increase in universe cell limits 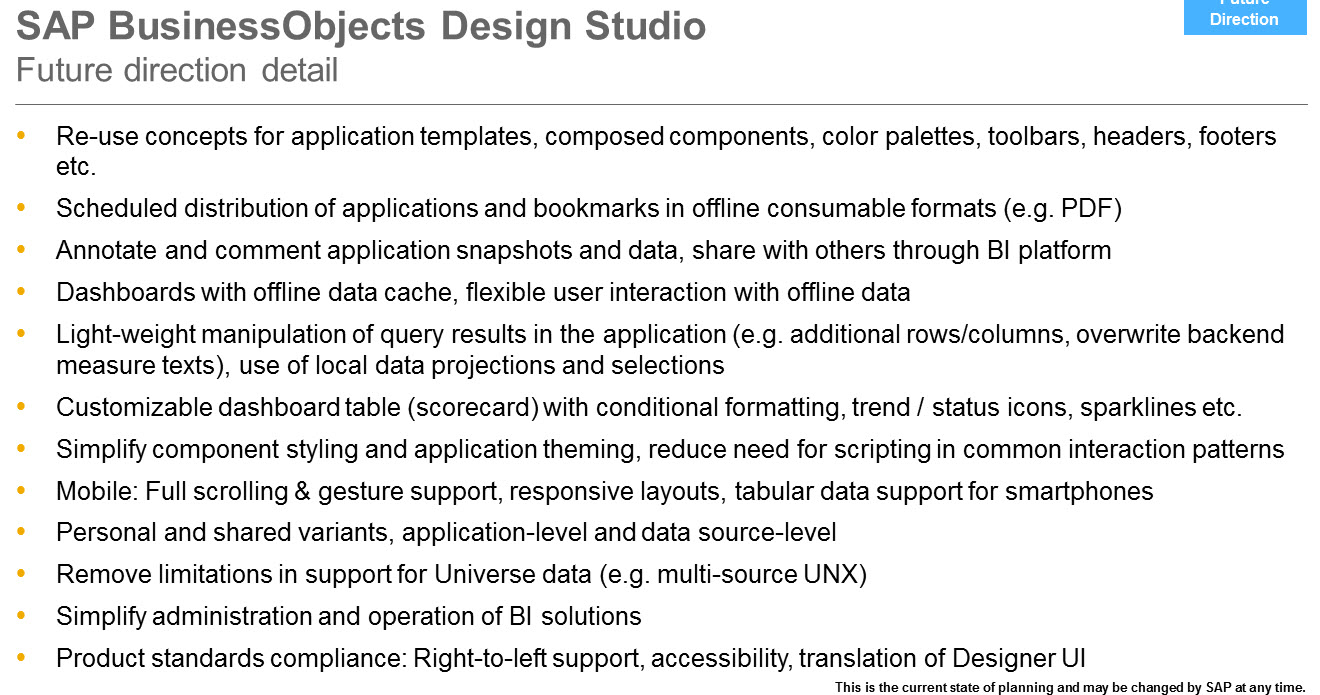 Future direction (always subject to change) is after planned innovations and planned to include multi source universes. 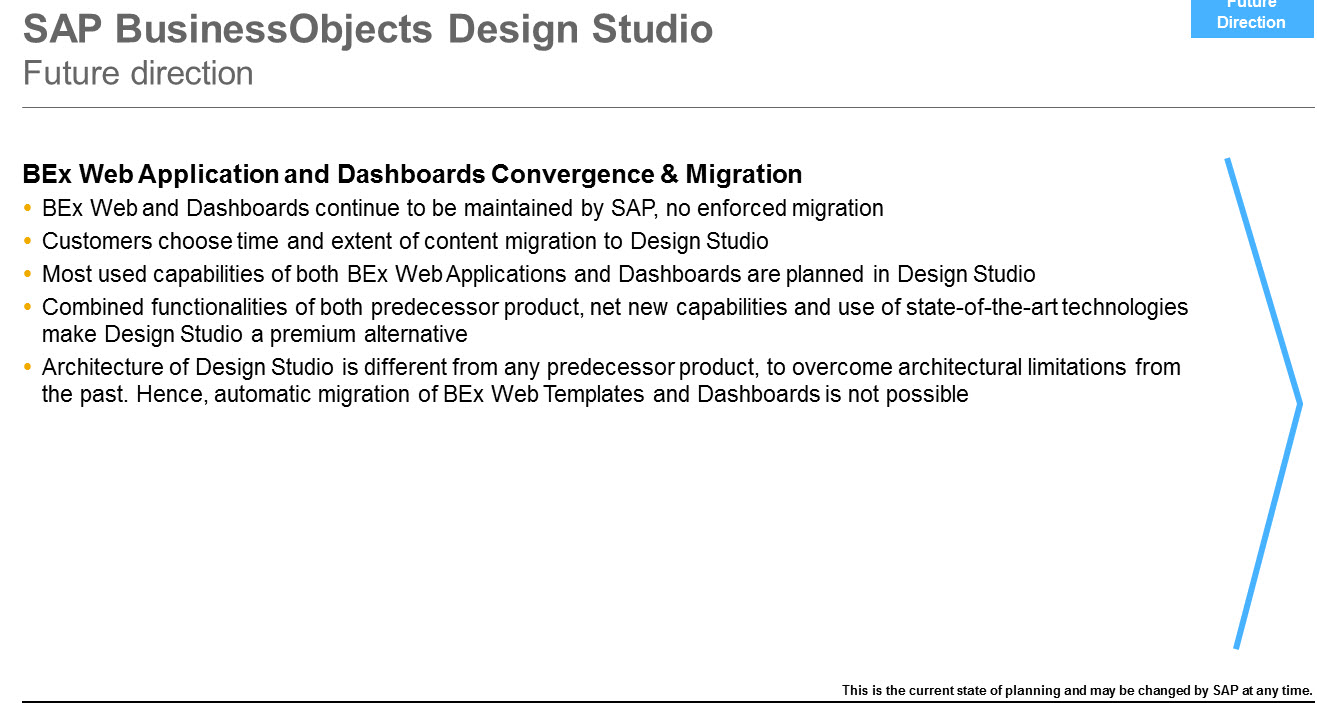