Why Do So Many Start-ups Fail?

Every year, legions of start-ups come roaring out of the gates armed with plenty of energy, passion and commitment with an innovative new product that will take the world by storm. The harsh reality is that a staggering 90% of them fail. How can so many well-meaning entrepreneurs misread the market? 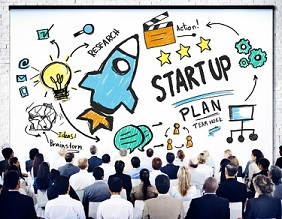 While the “fail fast and fail often” mentality means many will not give up after one failure, there must be ways to boost the success rate and spread the wealth of entrepreneurial success beyond the first attempt.

Three experts recently weighed in on the myriad challenges start-ups face – and how they can increase chances of success — during a recent SAP Radio broadcast, “Innovation Evolution: Why Do So Many Start-ups Fail?”

Only the paranoid survive

The start-ups most likely to succeed have self- taught through different scenarios of failure, and have back-up plans in place, according to Suraj Sudji, of SAP’s Star-up Focus Program.

“It really makes a lot of sense for the founders to be paranoid in terms of what can go wrong, and how they can overcome it,” said Sudji. “And only by having that kind of an attitude, I think, a start-up can really succeed going forward.”

Sudji also cautions that start-ups shouldn’t worry so much about non-disclosure agreements (NDA) as “ideas are a dime a dozen” with the same idea usually being developed by ten different entities. As a result, success comes down to execution. Case in point: when Amazon started there were almost a dozen other companies doing exactly what Amazon was doing, yet only Amazon survived.

Professor Rajeev Srinvasan. Adjunct Professor at the India Institute of Management in Bangalore believes two issues plague start-ups: the ability to take a new idea to market and the ability to protect their intellectual property.

While the good professor agrees that NDA’s don’t carry a lot of weight, especially in the tech industry, start-ups should be mindful of what makes their product special and try to secure patents. Most companies at an early stage, even if they have a good idea, are too busy going to market and signing-up customers, said Srinvasan. If an idea is truly patentable or otherwise protectable by intellectual property, copyrights, trade secrets, geographic indications, trademarks are tactics to explore.

“You find that over time, they become extremely powerful because you’re able to prevent other people from coming in to your market,” said Srinvasan. Or, if you’re lucky enough to have your intellectual property become a standard, then you can simply force everybody else to buy a license from you, which is the very nice situation.”

Lakshman Pachineela Seshadri, Design Thinking and Lean Start-up Specialist at SAP believes in the Clay Christiansen school of thought: “Innovators need a heavy dose of faith.” They need to trust their intuition that they are working on a big idea and that faith need not be blind. Seshadri said the more start-ups analyze and research their idea, the more doubts are raised for themselves and their investors.

“The start-ups or innovators must have a heavy dose of faith that their ideas will work,” said Seshadri. “It should never become a situation of getting into analysis and paralysis. This is one of the stumbling blocks start-ups need to avoid.”

Listen to this SAP Radio broadcast in its entirety here and let’s start something on Twitter @TClark01.