At the end of the first part of the blog we reached the point where the visual extension was ported to SAP Web IDE and is ready to be deployed from SAP Web IDE to SAP Lumira.

To find where the deployment package is click the arrow and select “Show in Folder”.

Launch SAP Lumira and select File > Extensions in order to get to the “Extensions Manager” screen. 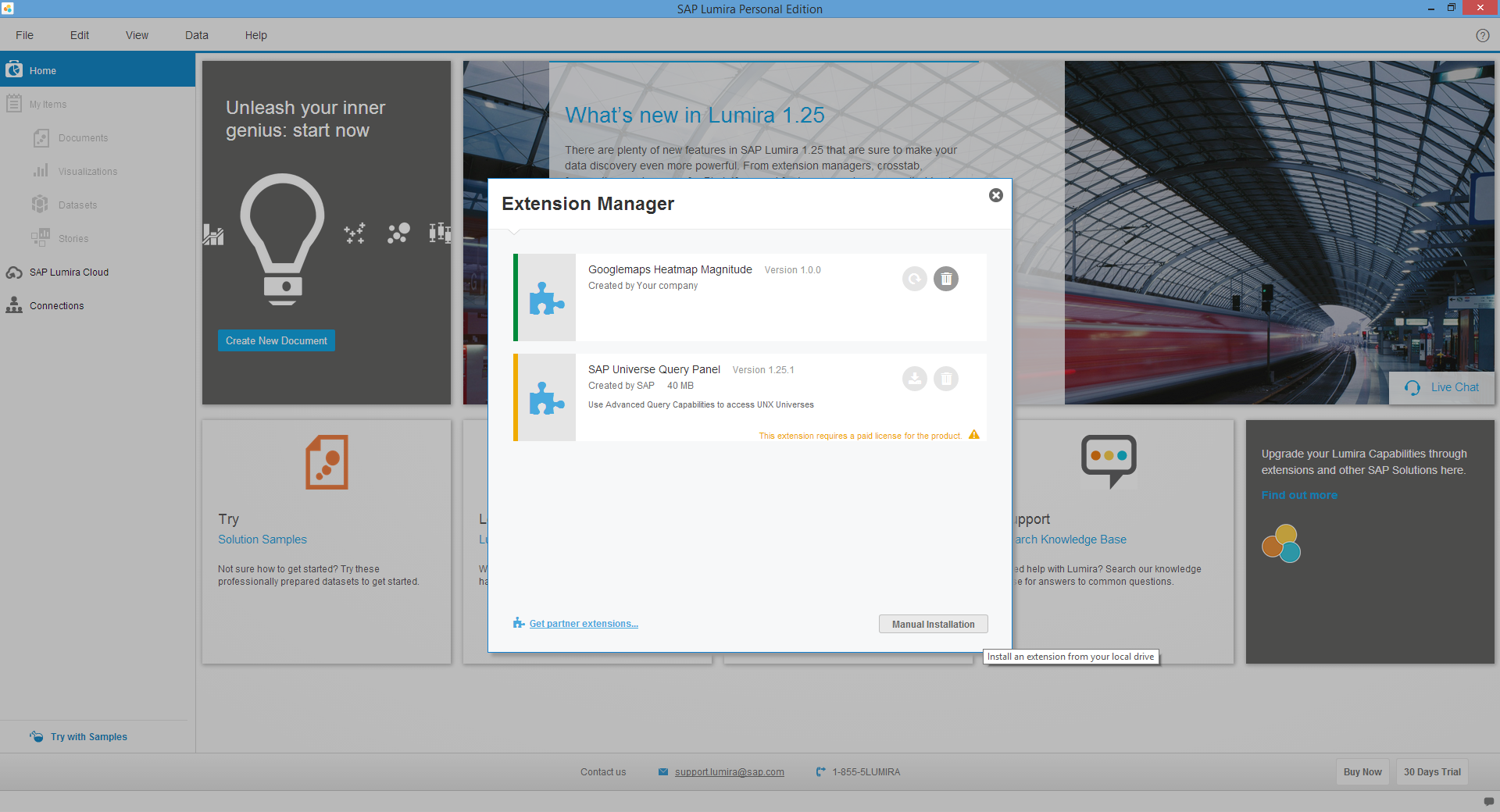 The visualization extension appears in the Extension Manager, but in order for it to be available the SAP Lumira needs to be restarted.

Drag & drop the relevant measures and dimensions to their respective locations.

Voila – The Bullet visual extension was ported to SAP Web IDE, deployed to SAP Lumira and is working properly!